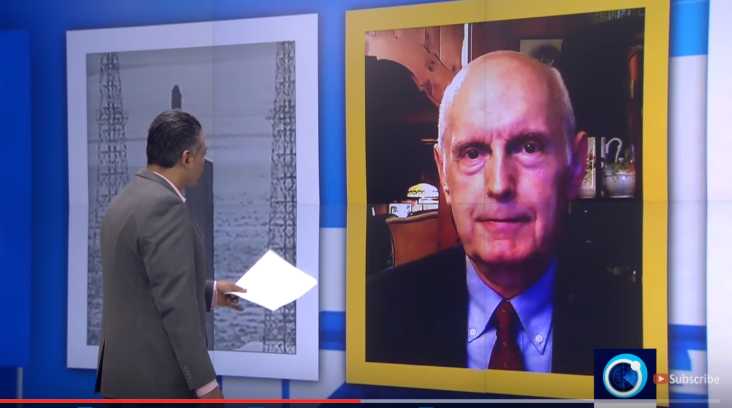 [ Note: Multiple sanctions on multiple countries should never be lumped into one bill like this. With Russia in it alone, Trump might have sustained a veto, and the ambushers and Russophobes knew this. So they led with N. Korea, and added Iran in as revenge for winning the Iran nuclear agreement.

They tell us that Iran is the biggest sponsor of terrorism now. That is as true as the past claims of its secret nuclear weapons program, which no country in NATO or the Israelis could put one iota of evidence on the table to prove it, when they had lied to us all along claiming such. The claim was put into the bill purely as a way to cover the industrial-scale terrorism the US coalition has engaged in.

These people are pathological liars, and they are jumping for joy now. They see the EU rushing to Iran wanting to do business and are green with envy. Why?

…Because the business is all peaceful infrastructure and consumer-related. Now we are told that Iran having its own satellite launch capability is a threat to the US, a new bogeyman tool to scam the US public with.

There will be long-term repercussions with the EU, as the Russian sanctions were written to screw up the EU pipeline deals, past and present, even including maintenance work. Energy security is a national security issue for Europe; and the US Congress has launched a preemptive attack on the EU, an economic war without a word of that debate with the American people, with it all behind this fake bill… JD ]

The US Senate has overwhelmingly voted for legislation to impose fresh sanctions against Russia, Iran and North Korea. The bill now goes to the White House to be signed or vetoed by President Donald Trump. Russian President Vladimir Putin earlier pledged to respond to the measures. A number of European countries have also criticized the bill in an unprecedented move.