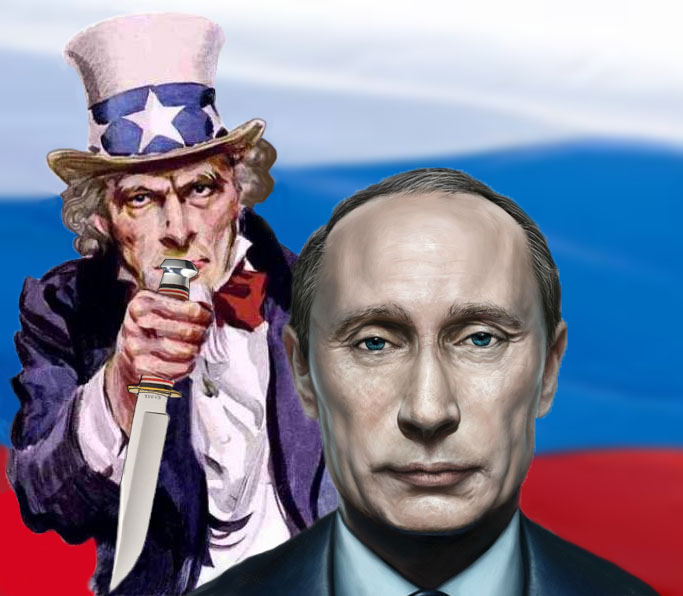 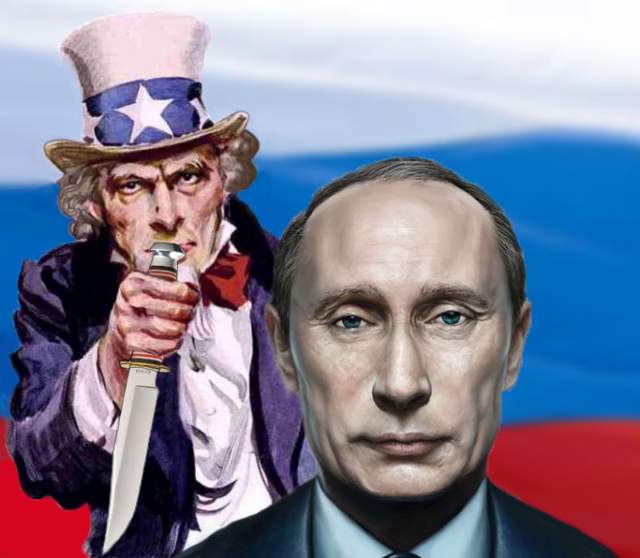 The House of Representatives of the United States Congress on July 25 voted for the bill on new sanctions against Russia, and soon, obviously, it will be adopted. In recent years, the U.S. lawmakers, dominated by ideological motives and belief in the Messianic destiny of American civilization have been following some hidden goals against Russia.

Among these goals is desire to change the current regime and to eliminate from the political scene a leader who personifies this regime. The demonization of the Russian President’s image in the West began soon after his sensational speech in Munich in March 2007, in which he openly and honestly had expressed what Russian citizens think about the policy of the West towards Russia.

Obviously, the main objective in the sanctions policy of the Congress is the overthrow of President Vladimir Putin in the “color revolution” and the rise to power of one of the leaders of the “non-system” opposition of pro-Western wing.

The American establishment earlier has concealed the true purpose of the sanctions, disguising it by slogans about the desire “to ensure the settlement of the conflict in the East of Ukraine”, but now is the moment of truth. All cards are opened and thrown on the table.

Along with the foreign policy motives (the alleged intervention of Russia in the last US presidential election and the imaginary “aggression” against Syria and the Ukraine) the new bill considers the main reason for the imposition of sanctions the Russian domestic political factors – corruption.

Article 227 obligates the US President to fight against corruption in Russia. The bill instructs the government to prepare a report which will define the list of “politicians and oligarchs closest to the Russian regime”, reveal their “relationship with Vladimir Putin and other members of the Russian ruling elite,” and detect “any signs of corruption:” sources of income, assets, including abroad, and business interests.

Analysis of several circumstances connected with the content and chronology of the adoption of sanctions is rather interesting.

First of all, our government doesn’t borrow money from the USA. So, there is no logic in the actions of American legislator: it is hard to believe in their desire to fight corruption in Russia. There are a lot of countries in the world that haven’t the best reputation regarding the corruption, but Americans do not adopt sanctions against them for some reason. For example, American officials have repeatedly expressed dissatisfaction with the incredible level of corruption in Ukraine (Tillerson’s press conference during his visit to Ukraine on 9 July).

Secondly, the bill was drafted and adopted almost simultaneously with the development of the political situation in Pj. As it was announced on 2 May, the chairman of the Committee on Foreign Relations Bob Corker said to Politico that the development of new sanctions in the Senate had begun in April, based on an earlier bill introduced by senators Lindsey Graham and Ben Cardin.

Just in that period (26 March), head of the Fund of Struggle against Corruption Alexei Navalny managed to conduct the first large-scale protest action. Immediately after this (in late March-early April) the Western press published information that finally the sanctions began to give the result and Russian people “woke up.” On June 14 – two days after the second wave of mass anti-government actions, – the bill on new sanctions was approved by the Senate.

Thirdly, the wordings of the anticorruption bill repeat the slogans which were announced on Tverskaya Street in Moscow during the protest actions of A. Navalny.

Fourthly, it is obviously that very soon American “hackers” will begin in droves to crack the electronic mailboxes of many famous Russian citizens, intercepting their correspondence. In their turn, representatives of the U.S. Treasury will make inquiries in American banks, and the FBI will knock at the offices of Google, Yahoo, and other Internet companies, holding a court order for seizure of personal information on some Russian users.

In the fifth, the bill requires the government to provide to Congress a report on these issues in 6 months – just in time for the start of the election campaign in Russia. It is obviously that excerpts from the report will be widely published in the Western media with all the ensuing consequences.

The paradox of the current situation is that, accusing Russia of meddling in American elections, congressmen don’t even conceal that through sanctions they are going to affect our elections. They believe that the adoption of sanctions is the legitimate right of the U.S. to support democracy and cannot be qualified as an attempt to influence internal political processes in Ukraine and Russia.

But the attempts of some Russian hackers to crack the site of the Democratic Party are the real interference in the internal affairs of state, which must be punished… In this regard, we can also investigate the USA intervention in the upcoming presidential elections in Russia. So, we can expect further expansion and tightening of sanctions under various pretexts as we get closer to the elections 2018. It is bad when the fight against corruption turns into a tool of foreign policy against our state.