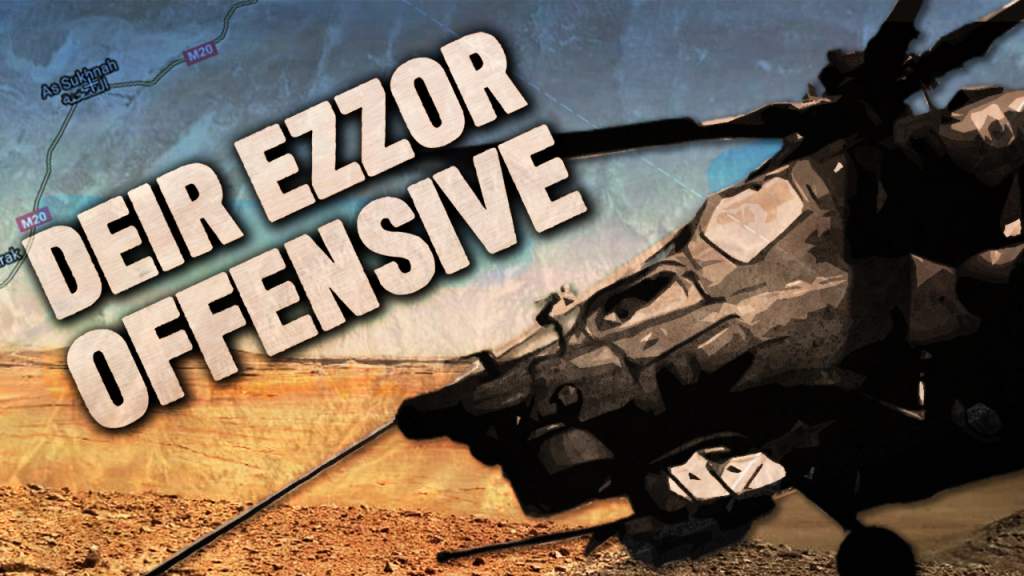 On Monday, government forces started clearing the ISIS pocket in the Sabkah area. The crossroad town of Madaan located in about 67 km from the city of Deir Ezzor besieged by ISIS will likely become the next target of the operation. The Bishri Triangle is another high priority target for the advancing government forces. Capturing these sites, the SAA will establish control over the two key road heading to Deir Ezzor from the northwestern direction.
In Deir Ezzor city, the Republican Guard repelled an ISIS attack in the Al-Makbarah area and separately cut off the ISIS supply line to the cemetery area with a 280 meters long trench trapping the terrorists between the airbase and the government-held part of the city. An intense fighting is ongoing.

A new group of tribal fighters called the Euphrates Hawks joint the government advance on Sukhna signaling that more and more members of the Syrian tribes join the ranks of the Syrian government forces. Currently government forces are clashing with ISIS terrorists southwest of the town. The SAA controls a number of important high points, including Rajm Sabboun, Mount Qulaylat, Um Khasm hills and a part of Jabal Tuntur, that allows to predict that they will be able to develop advance further in coming days.

At least 18 ISIS members, two vehicles and a fuel tanker as well as a large fuel tanks convoy were destroyed by Syrian and Russia airstrikes in the eastern Hama countryside. The Russian and Syrian air forces had intensified airstrikes in the area ahead of another upcoming attempt to reach the key ISIS defense point of Uqayribat.

According to pro-Kurdish sources, last weekend, Turkish soldiers entered the villages of Siftik Wastani, Siftik Fawqani and Bubana in northern Aleppo but were pushed to retreat after a short confrontation with the so-called Syrian Democratic Forces (SDF) dominated by Kurdish militias. If true, Ankara has just been testing the US reaction to possible limited military operations against Kurdish militias in northern Syria.