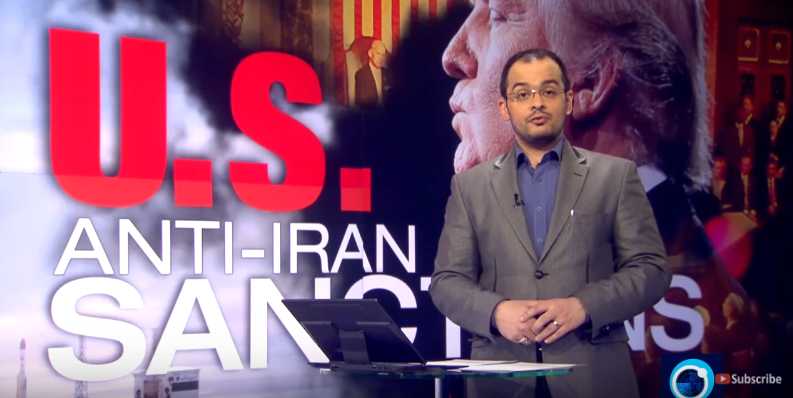 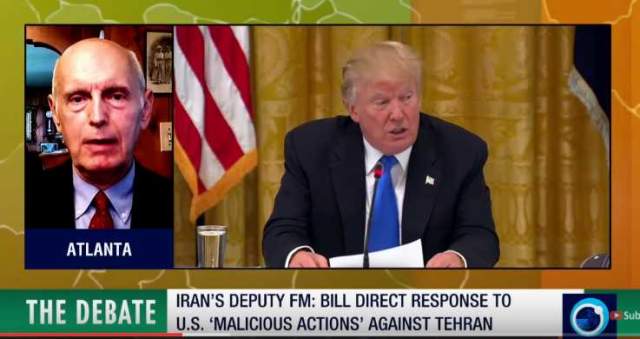 [ Note: As always, a good place to start asking questions is “why now?”.  The seeds for this assault on the Iran nuclear deal were planted in Saudi Arabia, and harvested when Trump came and got his big weapons deal, much of it pie in the sky which the Saudis can dial back when they choose.

We can see that the main thing that King Salman wanted was to crank the Iran threat up again, partially in revenge for its Balkanization plans for Syria not working out well, despite the overt terror proxies put into the effort to rack up a huge number of crimes against the Syrian people.

The legal grounds are somewhat shaky here, as Obama did not conclude a treaty, because he could not get one. But the deal took years of hard work and resulted in compromises to get there, as all good deals do. The UN Security Council voted it into law, so that is where the main legal claims are coming from. Israel tells the UN where it can shove its resolutions, and it appears Trump has borrowed the tactic.

We have a president who, when any of his real estate developments got into red-ink, simply stopped paying contractors and alleged whatever he wanted, for bailing out on most of his debt in bankruptcy litigation – lots of it. So I was not surprised when Trump posed getting out of the Iran deal – that’s how he rolls. He is bound to nothing but what he wants.

But he also knows the deal was made with five other nations with the understanding that they would honor it. Trump and Congress have now shown they don’t care what the allies think about the US pulling out. These are the same allies that are putting a ton of money into Iranian development, with the US sitting on the sidelines, with the exception of the Boeing deal. Iran will have to cancel it, as part of its “repercussions” that have been promised. What else could Iran do? It can just order more Airbuses.

As I focus on in my Debate material below, the US has to realize that its reputation for sticking to deals is now not only a joke, but the Deep State people behind Trump do not seem to be fretting about blowback from unhappy entities, including the EU. Trump might have been advised, “What can they do?”

Will Germany and the EU break on the Ukraine mess, by kissing and making up with Russia on that totally wasted regime-change effort – one of the stupidest moves of all time, and further proof that democracy is definitely an imperfect form of government? That is all I can see that would rattle the US.

We are in the clutches of gangsters and banksters who look upon the rest of us as peons, whose only value to them is in serving as third world labor. Nothing these people do will shock me.

But the big wake up call for the public is how the military command, despite its oath, is arm in arm with the Deep State folks, which Gordon has been writing about for some time. Another VT prediction is being confirmed before our eyes, but there is no joy in it for me. I can promise you that… JD ]

“Of the six members of the opposite side,  one actor is an outlaw. But we will not ruin the game because of one actor and we will rather deal with this offending actor.”

That was how the spokesman for the National Security & Foreign Policy Committee of Iran’s parliament reacted to America’s rhetoric & actions which violate the nuclear deal, including the latest, new sanctions.

A new independent poll shows Iranians too feel that these US sanctions, enacted because of Iran’s test of an advanced satellite-carrying rocket, are against both the spirit and letter of the nuclear deal.

Iran’s defensive ballistic missiles are allowed by the UN, and countries critical of it over this issue have admitted as much. We discuss that and more in this edition of the debate with me, Waqar Rizvi.