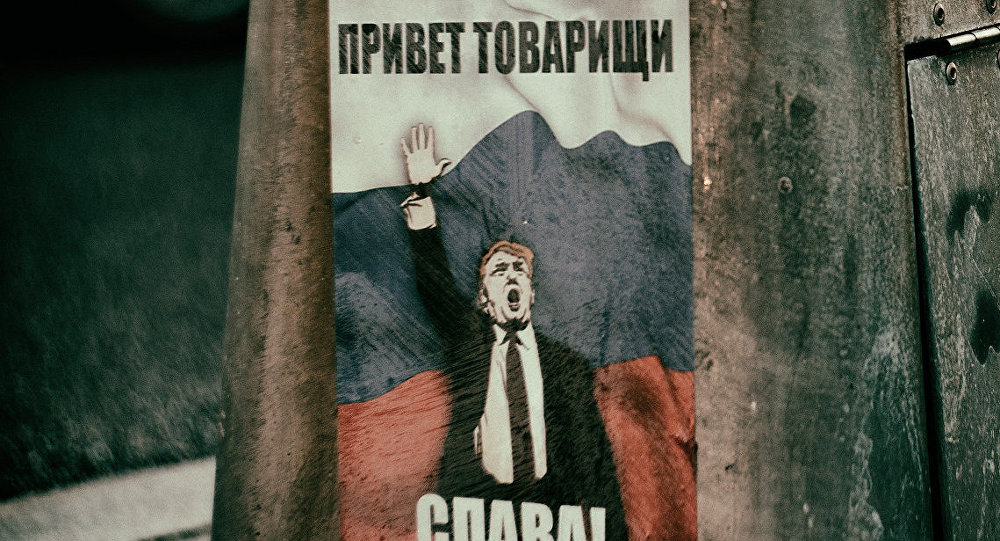 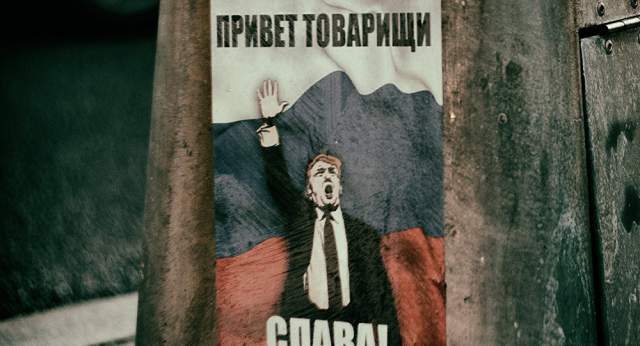 [ Editor’s Note: Congress – dragging Trump along – is playing a dangerous game of chicken with Iran, Russia, and the EU, which has finally seemed to have awakened from its slumber of being used as a doormat by the US, on top of its own self-inflicted wounds, like their insane open-door refugee program which just incites more to come.

Why don’t they put their money into helping refugees where they are at much lower cost? As it is now, it is not the poor refugees who come, as refugees must have a small fortune, in relative terms, to pay the smugglers to get to the southern Mediterranean. So the most needy ones are not being served.

The House version of the bill had some protections for US energy companies working with Russia, but we do not know what the final package will look like. But the EU seems to be digging in its heels to not let the US determine its energy policies, as in “buy US LNG at a higher price and all will be OK”.

This play may be linked to the demand for the EU to pay a chunk of US cost of NATO having been dropped, replaced by this new form of payment. It looks like staging for what is really a fake trade war, already in progress.

It is the US that shipped its industrial base off shore for the short-term profits, creating a booming competitive economy for a number of foreign countries, but there were some benefits for the US. One example was General Motors’ red-ink losses in the US car market were canceled out by profits overseas, which kept it in the black, and lasting longer than it would have.

The EU had a $120-billion trade surplus with Russian before the Ukraine debacle. That was still a good deal for Russia, because the deficit was paid for with energy sales, with a built-in profit margin due to Russia’s lower production costs.

The EU eventually wants that Russian business back. It’s buying a lot of energy from Russia, which then turns around and spends it all on EU imports. This is not only a win-win scenario, but one that can last long term. So I can understand the US Deep State wanting to screw this up, but why the EU was stupid enough to get on board the Ukraine coup still baffles me. Maybe someone there will explain it to me someday… Jim W. Dean ]

President Trump is going to sign a bill on a new set of anti-Russian sanctions into law; the proposed legislation was previously passed by the US Congress with a veto-proof majority. Europe, however, has said that it might jeopardize its energy security. Russian political analysts explained what is at stake.

On Friday, the White House announced that Donald Trump will sign into law a bill on the latest set of sanctions against Russia, Iran and North Korea. Experts explained that Congress “has handcuffed” Trump on this issue.

It passed the Russian sanctions bill with a veto-proof majority (419-3 in the House, and 98-to-2 in the Senate).The European Commission was quick to respond, saying that it was “ready to act to protect European interests.”

“On the basis of a presentation by President Juncker and Vice-President Katainen, the College of Commissioners discussed today the state of play of the US draft bill on Russia sanctions (‘Russia, Iran, and North Korea Sanctions Act’),” said the statement of the Commission, which it issued on Wednesday.

“Commissioners expressed their concerns notably because of the draft bill’s possible impact on EU energy independence. The bill as endorsed by the US House of Representatives demonstrates that a number of these concerns are being taken into account. It nevertheless foresees the imposition of sanctions on any company (including European) which contributes to the development, maintenance, modernization or repair of energy export pipelines by the Russian Federation.

Depending on its implementation, this could affect infrastructure transporting energy resources to Europe, for instance the maintenance and upgrade of pipelines in Russia that feed the Ukraine gas transit system. It could also have an impact on projects crucial to the EU’s diversification objectives such as the Baltic Liquefied Natural Gas project,” it explained.

“The US Bill could have unintended unilateral effects that impact the EU’s energy security interests. This is why the Commission concluded today that if our concerns are not taken into account sufficiently, we stand ready to act appropriately within a matter of days. America first cannot mean that Europe’s interests come last,” it stated. 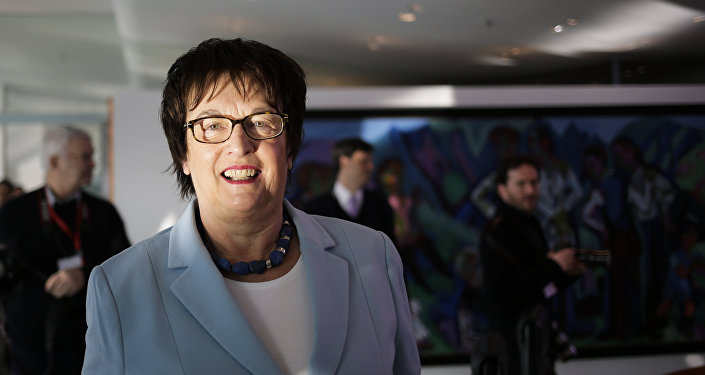 Political analyst and director of the Center for Political Information Alexei Mukhin explained to Sputnik Radio why the anxiety of Europe is quite understandable.

“The Nord Stream 2 project will be the first to suffer as a result of these sanctions, just like all other joint Russian-European projects, and there are a lot of them.  Hence Mr. Juncker’s initiative that the EU should be a territory where these sanctions are not applied is well-understandable,” Mukhin told Sputnik.

The political analyst suggested that the new punitive US measures against Russia, Iran and North Korea are de facto aimed against Europeans.

“The sanctions against Russia are not well thought-out because their authors missed out on the possibility of EU indignation and its attempts to get back to the traditional sovereign way of doing business,” he said.

“American initiators of this project might have considered it an insignificant hurdle, which is easy to overcome. However, judging by the mood of the EU’s business community, they have been wrong,” Alexei Mukhin stated.

In a separate comment on the issue, political analyst Dmitri Abzalov, President of the Center of Strategic Communications, addressed what projects could be affected by the new set of measures. 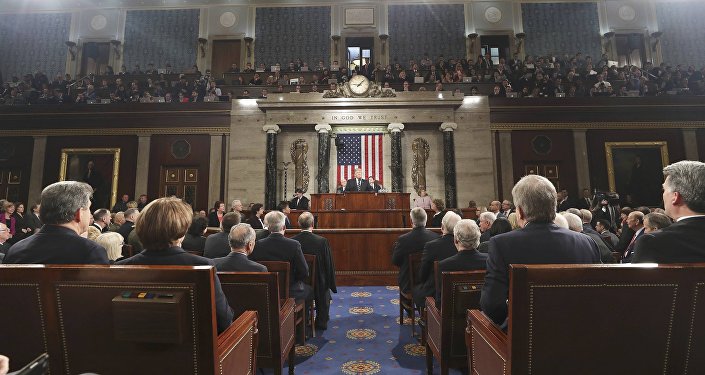 Besides Nord Stream-2 and the Turkish Stream, there are pipelines which are already in operation, such as Caspian Pipeline Consortium (CPC), the largest international oil transportation project, with participation of Russia, Kazakhstan and the leading international oil and gas companies.
_
It could affect the Blue Stream natural gas pipeline,  a major trans-Black Sea gas pipeline that carries natural gas from Russia into Turkey. The pipeline has been constructed by the Blue Stream Pipeline B.V., a Netherlands-based joint venture between Russian Gazprom and Italian Eni.
–

“New US sanctions could seriously complicate the lives of Europeans.  Their investment share varies from 30 to 70% depending on each particular project. A possible cut off in financing will mean a serious blow to the European business,” Dmitri Abzalov writes in his analytical article for Russia’s online newspaper Gazeta.ru.

He further explained that the Nord Stream-2 project also suggested the expansion of an energy hub on the territory of Germany. If the project is halted, Germany might drop its idea of becoming an “energy superpower,” which it has been cherishing for a long while. And should forget the idea of selling natural gas to Eastern Europe.

The basis of the German economy is mechanical engineering, a very energy-intensive industry, which generally operates using natural gas, the political analyst said. Due to cheap energy resources and the fall of euro after the Greek crisis, Germany is playing a leading role in its trade turnover with the US, outbalancing the US by $60 billion.

If it opts for the American gas, the cost of production in Europe will considerably increase, which will further increase the cost of manufactured products. Germans then are doomed to lose their competitive battle to Americans, Abzalov explained.

“Before, Washington tried to somehow compensate for the losses of Europe. Now there are no more ‘economic carrots’, only the stick. For example, Barack Obama offered an alternative to Europeans: you drop  cooperation with Russia and you get the Transatlantic Trade and Investment Partnership, even though there were many opponents to it in Germany and in France. But at least it was an attempt to compensate for the losses, while now the US simply offers to toughen the sanctions with nothing in return,” the political analyst said.

What Other Countries Washington is Pushing Towards Russia

When President Trump signs the bill into law, China will have to respond, as well as Japan, Dmitri Abzalov says. Japan has already agreed to invest in Russia’s Kuril Islands, what will it do now? Turkey will have certain difficulties.

Germany, which earlier defended its pro-Ukrainian position, will now have to reassess its attitude towards Kiev, he said: it is not easy to continue defending the Nord Stream-2 project while accusing Moscow of allegedly violating a ceasefire in the east of Ukraine.
–
“By pouring of its internal problems into its foreign policy, and, what is more important, into the economy, Washington is forcing its partners to define their economic interests. However, it might seriously affect the diplomatic influence of Americans,” Abzaliov noted.
–

“If the bill is signed into law, what will Trump be able to discuss with the heads of other states? He can’t lift the sanctions on North Korea, Iran and Russia. He won’t be able to discuss Syria in full. Nor the North Korean nuclear program, clashes in South-East Asia, security in Eastern Europe, or even the situation in Venezuela. Who will wish to make any deal with the US President if he can’t offer anything in return?” the political analyst wondered.

He further explained that this is how internal American conflicts are ruining the system, which had been built for decades.

“This system suggested that in exchange for political influence, the US partners are granted access to the American market. However, now these countries understand that they will only experience certain economic losses. And when they are forced to choose between their own pocket and someone else’s, it is easy to suggest what will they choose,” he finally stated.