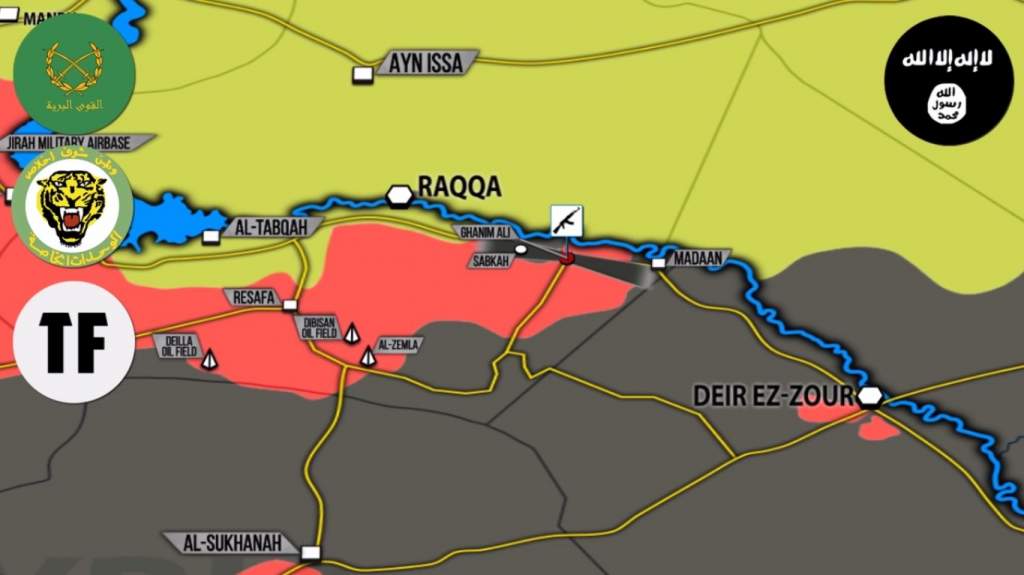 Following the full encirclement of this area, the SAA and its allies started pressuring ISIS in Zawr Sham, Jibil, Rahbi, and Sabkah. In turn, ISIS members launched a series of counter-attacks in the area and even temporarily entered Ghanim Ali. Intense fighting is now ongoing in the area. However, government forces, backed up by the Russian Aerospace Forces, have an upper hand in this battle.

Hayat Tahrir al-Sham (HTS) and Hezbollah made a ceasefire deal in the Jaroud Arsal area at the Syrian-Lebanese border. According to the deal, HTS members are withdrawing from Jaroud Arsal to the province of Idlib. This will allow Hezbollah to launch the second phase of the operation in Jaroud Arsal and to focus on combating ISIS in the area.

The Syrian Democratic Forces (SDF), supported by the US-led coalition, have further advanced against ISIS in the districts of Shahada and Husham Abdulmalik in the city of Raqqah. The SDF is attempting to isolate the Old Raqqah area from the southern direction in order to launch another attempt to seize this area from ISIS.

The Iraqi Popular Mobilization Units (PMU) have repelled another ISIS attack in the border area with Syria, the PMU media wing reported on Monday. According to the report, the PMU killed 100 ISIS members and destroyed 26 ISIS vehicles during the clashes. However, without photos or videos, these numbers remain unconfirmed.

According to the Iraqi government, the Iraqi Army and the PMU will soon launch a joint military operation to liberate Tal Afar, one of the last remaining ISIS strongholds in Iraq.