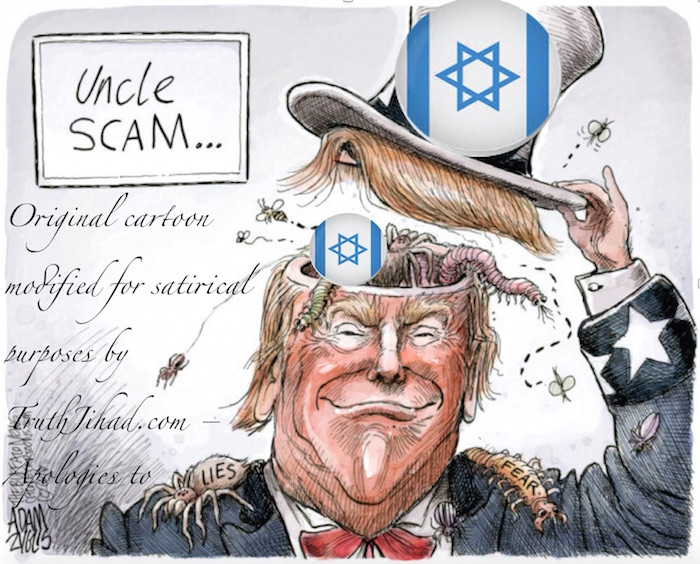 Case in point: The Iran nuclear deal. Iran is holding up its end. The US isn’t. Instead, Uncle Sam is switching his rationale for sanctions from “nuclear issues” to “rockets.”  Rather than ending the sanctions, as mandated by solemn promise, the US is maintaining them.

The nuclear deal says nothing about rockets.

This kind of lying, deceit, and subterfuge is typical of the way the US does business. The only nation on earth that’s worse is America’s master, Israel…which owns Congress and is the real force behind America’s supposed “problem” with Iran.