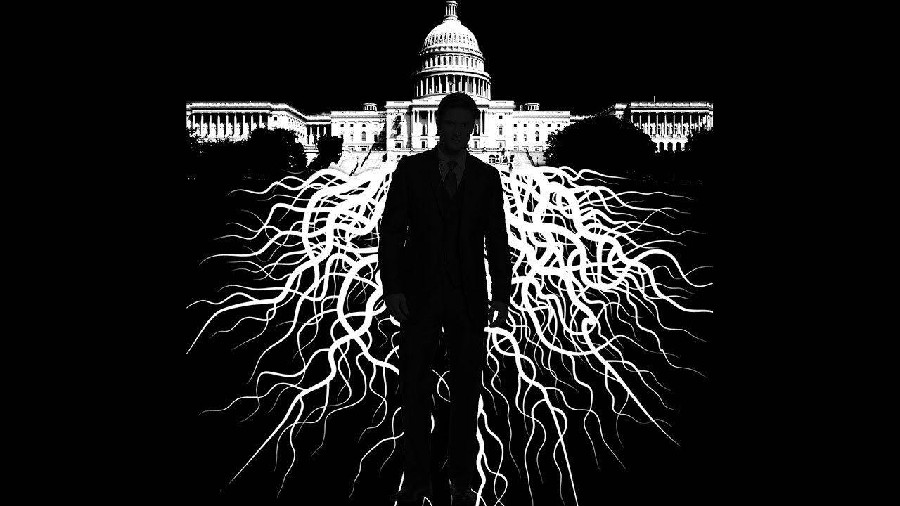 It’s truly time to pin the blame on the parties/individuals responsible for, on a near daily basis, bringing the world to the brink of nuclear war in World War III.Because of the serious nature of their constant provocations, it is no longer acceptable for these mysterious, cowardly, and elusive figures to find peace and solace in the shadows of anonymity – for the sake of humanity, these bastards pushing the world to the brink of death and destruction in World War 3 need to be outed, and identified, now.

They allow the U.S. Congress and Senate to take the blame for such horrific travesties as passing new provocative sanctions against Russia, Iran, North Korea and other nations, which are completely and totally designed to provoke conflict.

They were also behind the provocations in the Ukraine, Syria, Libya, Yemen, Iraq, Africa, Eurasia and Europe resulting in billions of people dead or displaced.

Already the European Union has openly rebelled against these latest American unilateral sanctions, because the USA is supposed to first consult with and obtain permission before engaging in global activity which could destroy the European Economy.

These new sanctions threaten the Liquified Natural Gas industries being cultivated and grown by the Russia/Germany Nord Star 2 pipeline, as well as Turkish excursions relating to oil/gas into Europe.

However the U.S. Government has decided to cripple not only its enemies, but also its “friends.”

“America Firsters” need to also recognize and understand that a certain degree of globalism and international cooperation is absolutely essential for their own National Security, otherwise America is just behaving like a “spoiled kid in the playground,” whose inevitable fate is a bloodied noise by the other kids.

The only problem here is that the proverbial “bloody nose” would in fact be thermonuclear war ending in World War III, and the end of humanity.

Many sage and astute observers and analysts have now traced the latest bout of sanctions passed this week and signed by President Donald Trump today entirely to the massive lobbying and monetary power of the Energy Sector and Military Industrial Complex.

The question is did they collude?

How much money was given to the loathsome members of the U.S. Congress and Senate to bribe their vote for near-certain human extinction?

While the U.S. Congress and Senate members take most, if not all of the blame for pushing the world around, knocking out sovereign governments resulting in tens of millions of innocents dead, cacophony and chaos all over the world, massive human displacement and refugee crises numbering in the hundreds of millions, disappeared children in the hundreds of thousands, and other evil results, the Oligarch “puppet masters” behind the scenes in the United States and around the world continue to go about their business, spending time with their families, living in their luxury homes, driving their elite automobiles, sending their kids to the top private schools and ivy league universities, swimming in limitless amounts of liquid capital, above the law, and generally enjoying complete and total immunity from the people, families, children, cities, civilizations, and countries around the world whom they kill and destroy with sociopathic abandon.

Politicians as a rule are nothing but prostitutes, more so in the United States than in any other country, because “lobbying” is an accepted practice and has been justified as being constitutional in such landmark U.S. Supreme Court decisions as Citizens United v FEC which allowed international corporations and international banks to successfully overpower financially all regular American citizens combined to achieve their lobbying goals, and to pursue their own interests, rather than the citizenry’s interests.

There quite simply is no match, and the American people were rendered powerless and leaderless after this court decision, and their 300,000,000 collective voices were completely and totally blotted out, in one swoop.

A dissenting opinion by Justice Stevens was joined by Justice Ginsburg, Justice Breyer, and Justice Sotomayor stating that the Court’s ruling “threatens to undermine the integrity of elected institutions across the Nation…The path it has taken to reach its outcome will…do damage to this institution.”

Justice Stevens concluded his dissent with:

“At bottom, the Court’s opinion is thus a rejection of the common sense of the American people, who have recognized a need to prevent corporations from undermining self-government since the founding, and who have fought against the distinctive corrupting potential of corporate electioneering since the days of Theodore Roosevelt. It is a strange time to repudiate that common sense. While American democracy is imperfect, few outside the majority of this Court would have thought its flaws included a dearth of corporate money in politics.”

So quite simply, the fact that the American people overwhelmingly came out to support and vote for Donald Trump to be President, really made no difference anyway, since these mega-corporations/international banks simply only need to buy the hell out of each and every whore-ish member of the U.S. Congress and Senate, and include a provision in the bill disallowing the People’s elected President to veto their bill, and they can then literally shove any and all of their anti-American and pro-World War 3 bills and legislation down the American people’s collective throats, exposing them all to death, destruction, and nuclear obliteration.

This all the while these bastard Oligarchs have hundreds of multi-billion dollar homes/underground bunkers scattered throughout the world that they can jet off to, at the first sign of nuclear war.

Scientists say that only cockroaches would survive a thermonuclear holocaust – well maybe the Oligarchs within the Energy Sector, Military Industrial Complex, and International Banking Industries, using the Citizens United case decision to completely and totally bypass the American People’s will (and the will of the people of the European Union, Russia, Eurasia, Middle East and Africa) share more in common with the cockroach than most people recognize.

These Deep State Oligarchs will simply rinse, lather and repeat each and every time President Donald trump ever tries to do anything that he promised for the American People, that the Oligarchs either don’t like, or that they wish to use as a “bargaining chip” in order for him to get their support on something else.

This is a clarion call to the world’s people, to identify and out these craven Oligarch sociopaths once and for all, for being the enemies of humanity that they are.