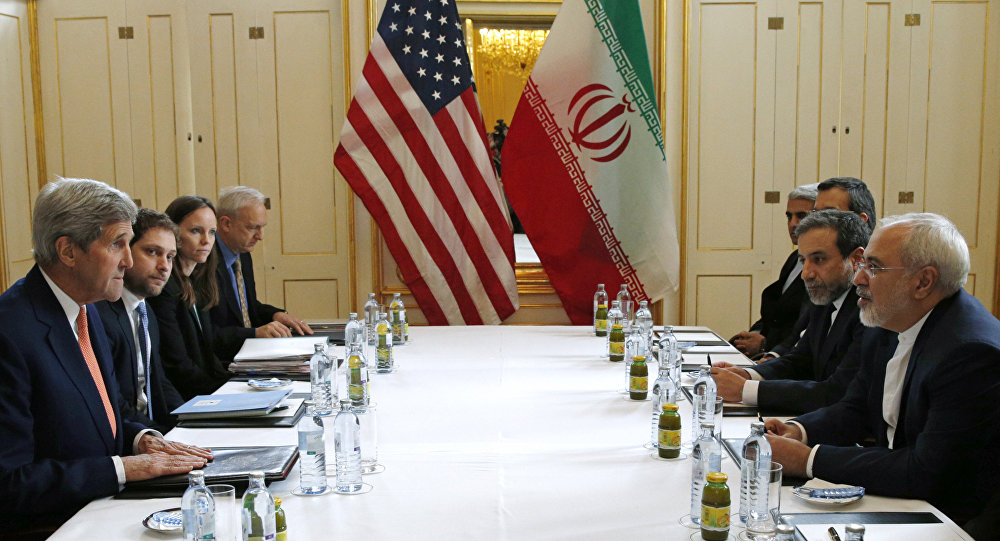 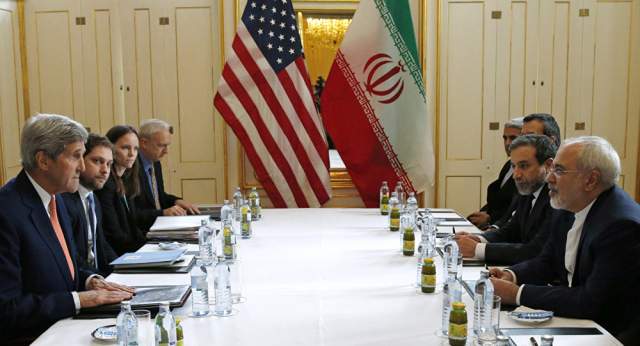 After the Iranian launch of a Simorgh space rocket, meant to place satellites in low-Earth orbit, the US State Department formally complained about the test. The test was not prohibited by the Joint Comprehensive Plan of Action (JCPOA) concluded in 2015 (commonly known as the Iran nuclear deal), but was met with protests by the American, British, French and German governments.

“The technologies necessary for the conception, the fabrication and the launch of space launch vehicles are closely related to those of ballistic missiles, in particular to those of an intercontinental ballistic missile,” read a letter from the four Western powers that was sent to UN Secretary-General Antonio Guterres. “This launch therefore represents a threatening and provocative step by Iran.”

Becker interviewed Mohammad Marandi, a political analyst and an expert on American studies and postcolonial literature who teaches at the University of Tehran. Calling in from the Iranian capital, Marandi said Iran was rationally responding to aggression from a bullying, self-aggrandizing United States in a trick that would’t fool anyone – the same explanation put forth by the Iranian government.

“I think the most important thing that we can derive from all this is that the US from the very beginning has been standing against Iran’s rights as a sovereign and independent country,” Marandi said. “With regards to the launching of the satellite, which is completely legal and within the framework of international law, the US considers this to be some sort of violation or provocation. There is nothing in the JCPOA … with regards to satellite technology, with regards to satellite launches, and indeed with regards to Iran’s missile defense capabilities.”

Marandi went on to say that the United States “is trying to manufacture a crisis today in order to gauge further concessions from Iran and put pressure on Iran. And the main reason is because Iran has an independent foreign policy. Now we see the same thing happening to the Russian Federation. The United States has imposed punitive sanctions against Russia for two major reasons. One is because of the hostilities of the deep state, in my opinion, towards Trump … they want to weaken his position and his role. And the second is the fact that the US is trying to limit Russia’s capabilities to export energy to Europe so that the US could replace it with its much more expensive gas. So the US, when it imposes sanctions, when it tries to manufacture crises, in the case of Iran and in the case of Russia as well, it is not at all based on reality.”

Becker then asked about what Tehran intended to do about the American protests. Marandi replied that the Iranian government would start with an increased defense budget, focusing on the Iranian Revolutionary Guard. “These are the forces that have been supporting legitimate governments in Syria and Iraq against the extremists the US, Saudi Arabia and others have been supporting for years. It proves that they’re ultimately involved in [Daesh], al-Qaeda and al-Qaeda affiliates.”

“Also, there will be additional budget to Iran’s missile defense capability. And there will be also intentions to do more trade with countries that have been sanctioned by the US [such as] Russia. In addition to that, I believe the Iranian government will probably make inspections more difficult, they will interpret the JCPOA in a different way to make it more difficult for the US. However, whatever the US does, Iranians are going to respond in kind. They’re going to make sure that the US doesn’t get away with new sanctions and doesn’t feel that it has any kind of upper hand against Iran or that it will be able to increase pressure against or to [alter] Iran’s policy in the region due to American sanctions and American pressure.”

Of course, the United States has already gotten away with new sanctions: the most recent round of sanctions against Iran attracted criticism from Tehran, fellow sanctioned countries Russia and North Korea and from China. Few others vocally came to their defense.

Becker then asked if Trump could potentially bait Iran into violating the spirit of the JCPOA by provoking them into undertaking countermeasures. Marandi denied that the Iranian government would make such a mistake. “That’s simply not going to happen. The Iranians will make life tough for the Americans. After all, Iran has enormous influence in the region, Iran has many allies in the region. It is much more successful than the US in its soft power approach. In the past two years we’ve seen American influence declining and Iranian influence rising and that’s basically because the people in the region – Syria, Iraq, Yemen, Bahrain, Lebanon, Oman, Qatar – they’re all seeing how US and US allies are behaving. And they’re moving closer to Iran, so Iran has enormous influence in the region and that will make life potentially more difficult for the US.”

“And I think the international community recognizes that it is the US who is trying to wreck the agreement,” added Marandi (though three other countries, including two that sit on the UN Permanent Security Council were also upset at the launch). “So Iran will make life more tough for the US, but they’ll make sure that if the international deal is wrecked, if it’s destroyed, they’ll make sure that the international community sees the reality on the ground, and that is the US is to blame. And if that happens, then I think the harm that will happen for the US and the hurt will be much for the US than Iran.”

Marandi concluded that the main consequence of the American sanctions against Iran would be to turn elements of the Iranian government against the US and bring them closer to other American geopolitical opponents such as Russia and China. “I think the political establishment in Iran in general is seeing the US as dishonest and hypocritical and unwilling to abide by its side of the bargain … this harms the US in two more ways. It makes the Iranian population much more skeptical towards the US in general because the Iranians who are saying we should give the US, maybe they’ll change the behavior, and now after the Iranians gave concessions, they were flexible with regards to the nuclear program, they tried to do everything possible to bring peace and stability to the region, the Iranian people see that the Americans are not reciprocating. In fact, they’re completely dishonest and they’re trying to force the Iranians to give more concessions despite the fact that they signed on to this agreement.”

What the bill does is push Iran, China and Russia closer together, he warned. “In fact, in this bill that is going to be passed there will be increased incentives to trade with other countries that are under sanctions … Major powers like China too will see that independent countries are being sanctioned in this way by the US, will come to recognize that they could be next.”