__________
ABNA
Glance at the state of Shiites, women, immigrants in Saudi Arabia

The Shiite minority of Saudi Arabia has always been subjected to tough political, economic, cultural, and religious discriminations. Their main offense is their faith which the extremist Sunnis deem as heresy.

Saudi Arabia is a wealthy country thanks to huge oil exports. The West-backed Al Saud royal family leads the Arab kingdom and spends much to make sure that its rule will continue. Since King Salman’s ascension to throne in 2015, the regime has showered the citizens with $33 billion in royal giveaway. The Saudi leaders are also boastful of having their country one of the G20 members.

But this is a fancy side of the Arab kingdom and the state has dark sides too. Nearly 62 percent of the country’s population lives in rented houses and the unemployment rates are high to warning levels. Many analysts argue that the kingdom is creeping toward a dangerous crisis which goes beyond ability of the Saudi government, with its all wealth and ruling mechanisms, to tackle it. They blame the regime’s wrong policies as driving the country to the cliff of crisis as it soon will fail to respond to the nation’s needs amid decline to make reforms for development.

The human rights conditions in the oil-rich monarchy are disastrous, however, the regime remains an ally of the Western powers that spare no excuse to press many countries for human rights breaches but never hide their military and diplomatic support for Riyadh. Though rights violation is characteristic of all Persian Gulf Arab sheikhdoms, it has another appalling face in the oil-dependent kingdom where leaders refrain even to address the human rights issues. 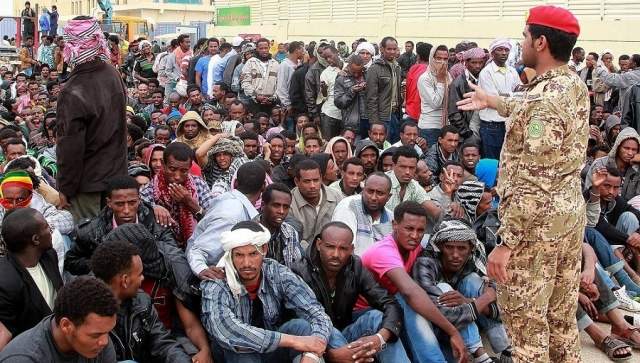 Here is a picture of rights conditions in the Saudi community

Shiites of the country

The Shiite minority has always been subjected to tough political, economic, cultural, and religious discriminations. The Shiites, majorly residing in the Eastern Province, are systematically devoid of their basic rights and cannot occupy key posts in the Wahhabi-ruled state. Their main offense is their faith which the extremist Sunnis deem as heresy.

The Shiites of Mecca especially suffer the most. They have to perform their religious rituals at home without publicity. Moreover, they have to identify themselves as Sunni Muslims out in the society. Reform-seeking protests have so far relatively produced some results, leading to flexibility by the officials to the demands of the Shiite citizens, though the situation is way far from ideal. But the relative freedoms given to the Shiites are seen as “gesture steps” by the regime and the Wahhabism-affected Sunni society still holds its discrimination against them. 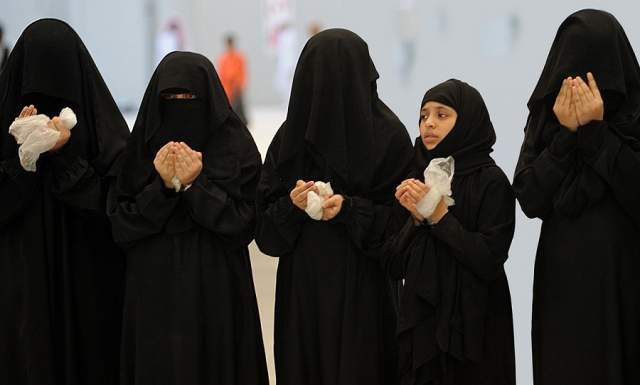 Politically and economically, the Shiites are a deprived class of the society. In the power structure, the Shiites absolutely have no place as the Saudi rulers see them posing risks to their rule because of the Shiite ideology that strongly rejects authoritarianism and tyranny. And economically, the Shiite-populated areas are the most deprived ones across the wealthy kingdom though they lie on huge oil reserves. The 300,000 Shiite Muslims of the Eastern Province are living with least living conditions in comparison to other areas. They cannot serve in government posts or even provincial ones like being a mayor.

Awamiyah , a town of 30,000 in the Shiite Muslim-majority Qatif district in the Eastern Saudi province, witnessed an increase in anti-regime protests and an ensuing crackdown as Riyadh has insisted on destroying al-Mosara, claiming the neighborhood’s narrow streets have become a hideout for militants believed to be behind attacks on security forces in the region.

Security forces equipped with heavy weapons have been deployed in Awamiyah since May 10, following fierce clashes between the regime forces and locals protesting against the destruction. 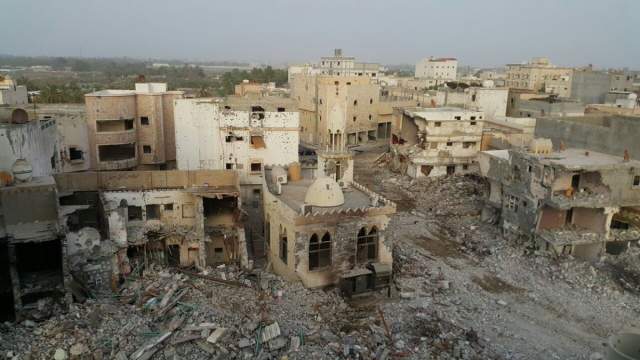 Amid heavy media blackout, local activists reports on civilians’ death at the hand of security forces. Civilians death toll has now surpassed 30 in the course of past 80 days.

In the last incident, activists reported on Saturday that Saudi snipers shot dead two brothers, identified as Ali Mahdi al-Sobeiti and Hussain Abdullah al-Sobeiti, on the road to an Awamiyah suburb. They added that the Saudi sharpshooters targeted any moving object in areas on roads around the restive town.

Saudi regime forces have imposed a siege on the region by blocking the main highways and while restricting the movement of local citizens.

An atmosphere of fear prevails in the region with many residents being forced to stay indoors as the regime has deployed snipers across the entire region.

The Riyadh regime forces in riot gear have also set up barricades and security checkpoint to prevent people from organizing any gathering or protest rally.

Local residents complain that police deployed at the checkpoints are snatching and stealing their personal belongings. In a bid to prevent news of the brutal crackdown spreading to the outside world, Saudi authorities also shut down internet and mobile services across the area. Awamiyah town is now virtually besieged by Saudi regime forces conducting a brutal operation against residents of the region where no journalists are allowed.

Awamiyah was the home of Sheikh Nimr al-Nimr, a high-ranking Shiite scholar who was unjustly hanged in January last year for demanding the legitimate rights of the region’s residents.

Saudi Regime Executes Shiites to Crack down on Dissent: Amnesty

“These brutal executions are the latest act in the Saudi Arabian authorities’ ongoing persecution of the Shiite minority. The death penalty is being deployed as a political weapon to punish them for daring to protest against their treatment and to cow others into silence,” said the group’s director for research, Lynn Maalouf.

Maalouf made the remarks after Saudi Arabia executed four Shiites in the kingdom’s oil-rich Eastern Province over allegations of conducting terrorist activities.

“The international community must come down hard on Saudi Arabia to ensure that others currently facing execution after deeply flawed legal proceedings do not meet the same fate. Saudi Arabia should quash their death sentences and establish an official moratorium on executions,” she added.

Amnesty has documented a further 34 other cases of Shiite men currently sentenced to death mostly following unfair trials based largely on confessions obtained by torture.

Many social researchers compare the women’s conditions in Saudi Arabia to women under South Africa’s apartheid regime that collapsed in the 1990s. The women are denied their very basic rights like access to proper work and social services. Moreover, women in Saudi Arabia are separated from men in many universities and even public places. They have to live under command of their “wali” or guardian (usually father or husband) from their birth to death.

The women in Saudi Arabia have begun to seriously campaign against the inequality and false stereotypes to which they fall victims. They want to reverse the social view that marginalizes them because of regarding them the source of “every evil and misery.” They struggle to tell their society that they are part of community and can unlock their potentials like the men. Social developments prove that whenever they are granted an opportunity, even a small one, they have displayed their big capabilities towards realization of their goals.

Driving is banned for women in the kingdom, with the authorities showing no flexibility towards demands to lift the ban. Counting the costs of the ban, some members of the parliament demanded for allowing the women to drive. They argue that foreign personal drivers for women in Saudi Arabia cost the country over $3 billion every year. Manal al-Sharif, a women’s rights activist, was the first one to launch a campaign to break the female driving ban by getting behind the wheel and thus defying the law in 2011. 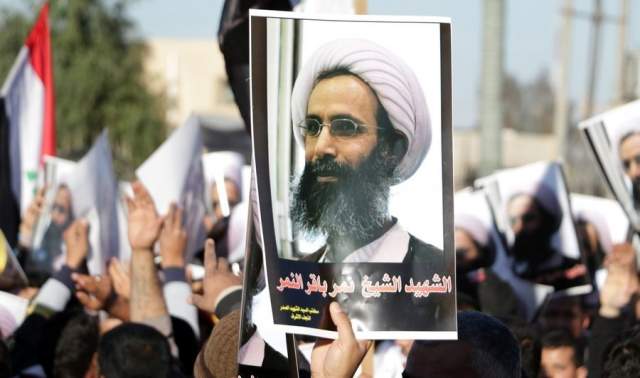 Nearly 9 million foreign workers are now active in Saudi Arabia. Hundreds of thousands already left the country due to strenuous work conditions. The work laws are so tough for immigrants. For instance, the workers cannot leave the country or even change their jobs without permission from their employers.

Every now and then cases appear showing inhumane mistreatment of the immigrant workers. There is no law that guarantees maximum pay levels for the foreign workers who in many cases grapple with salary paying delays.

The female immigrants to the kingdom are smuggled for forced labor and even sexual abuses. Lack of data makes it difficult to determine how many women are smuggled every year to Saudi Arabia or how many of them are subjected to abuses, unless they file suits against the violators, something taking place very rarely on the fear of losing their jobs that are mainly done at homes.

International rights groups issue annul reports on rights violations in Saudi Arabia but cannot do anything to push for halt of them. Despite reports of such violations, to everybody’s surprise, Saudi Arabia was elected member of the United Nations Human Rights Council in 2015. Electing Riyadh as a member lays bare the fact that its Western backers have no plans to press the Saudi leaders to work towards human rights improvement.