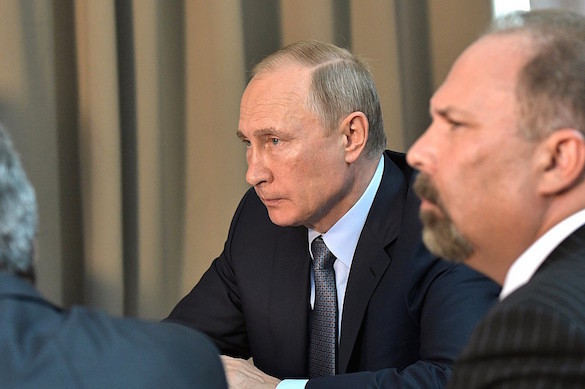 Vladimir Putin promised to think about his nomination for the post of head of state in the presidential election in 2018.

Putin made the statement in during a video conference with residents of the republic of Buryatia, in which the president discussed measures to extinguish wildfires in the region.

One of the local residents – a veteran of the Great Patriotic War – thanked the president for the help and asked Vladimir Putin to take part in the upcoming presidential election.

“We all ask you to run again for this post, we will be very happy,” said the veteran. In response, Putin promised to think about it.

Russia will hold its regular presidential election on March 18, 2018. In accordance with the Russian legislation, Vladimir Putin can nominate his own candidacy for a new term in the office. However, Putin has not announced his plans yet to participate in the presidential race in 2018.

The leader of the Liberal Democratic Party of Russia Vladimir Zhirinovsky, Yabloko candidate Grigory Yavlinsky, representatives of Communists of Russia and the Greens have already announced their intention to run for president.