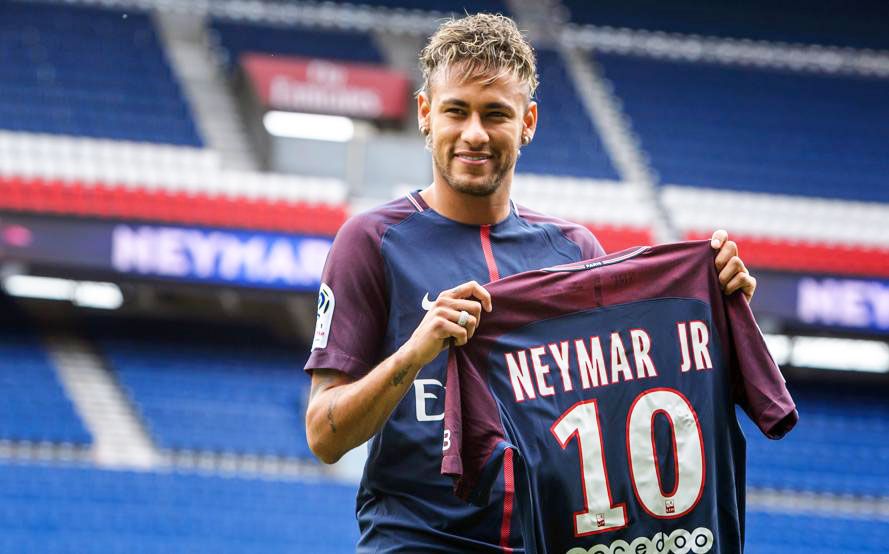 The change of employer for 25-year-old, Brazilian footballer Neymar da Silva Santos Jr and a diplomatic crisis halfway around the world apparently have no link. Neymar has become the world’s most expensive footballer after signing for Paris Saint-Germain, and priced away from one of its biggest clubs.

Yet, this is not just a win for the fans of France’s most successful football team, or a win for Neymar himself, it is also a win for the population of a Gulf state.

Neymar’s new club Paris Saint-Germain (PSG) are owned by Qatari Sports Investment (QSI), a closed shareholding organisation founded in 2005. QSI are bankrolled by the Qatari Investment Authority (QIA), a state-owned company that specialises in foreign investment. QIA (both directly and indirectly through other companies they own) are the largest shareholder in Sainsbury’s, own Harrods, have a 17% stake in Volkswagen and a 12% stake in Barclays. The aim is to put the tiny Gulf state of Qatar on the map.

Qatar has a population of 200,000 but importantly the world’s highest GDP per capita. This wealth is concentrated in the country’s natural gas and oil reserves, which are the third largest in the world — astonishing for a country around the size of the Falkland Islands. These natural resources mean that Qatar wields huge power within the region; for example, by funding rebel groups during the Arab Spring or through the Al Jazeera news network. Yet, Qatar doesn’t really wield power in the rest of the world, and that is where QIA comes in.

Qatar has tried to build its role as a global power through sport. In 2010 they won the rights to the 2022 Football World Cup and its capital Doha, unsuccessfully, bid to host the 2016 and 2020 Olympic Games. Aside from the business investments, this is Qatar’s main way of exercising its financial power. However, when Qatar won the rights to the 2022 World Cup in 2010 there were still 12 years to go to the tournament. Winning the bid may have been a statement of intent in itself, but they couldn’t wait that long.

So in 2011, QSI (bankrolled by QIA and thus the Qatari Government) bought the French club for an estimated US$130 million and have pumped huge amounts of money into it. The move of Swedish forward Zlatan Ibrahimovic to the Parc des Princes in 2011 proved the perfect photo opportunity they wanted. This not only put PSG back on the world football map, but it also put QSI, including its chairman, ex-tennis player Nasser Al-Khelaifi and most importantly the state of Qatar on centre stage.

Fourteen trophies and six years later the enigmatic Swede has been and gone, but the PSG project isn’t over. It has taken on a new urgency in recent months, not only for football reasons after they lost the French title to a youth AS Monaco side and crashed out of the Champions League, but for political reasons. The transfer of Neymar is not only for them to try and wrestle the title from Ligue 1, France’s top football club, or to try and win the Champions League; it is also to make a political statement on behalf of Qatar.

Since June, Qatar has been at the centre of a diplomatic crisis with its Middle Eastern neighbours. A coalition of nine states led by Saudi Arabia has cut off all diplomatic relations with Qatar over allegations of state-sponsored terrorism. These states are currently pursuing a land, sea and air blockade against Qatar, and although there have been calls and attempts to de-escalate the situation, neither side is willing to budge.

Neymar’s move to PSG is a show of defiance by Qatar, who are receiving support primarily from Turkey and Iran in the form of food as well as diplomatic and military aid — and a cheap show of defiance at that. Qatar spent US$5.9 billion on navy vessels from Italy on August 2, illustrating how they’re trying to portray their strong stance through both hard and soft power. Qatar are not fazed by this diplomatic crisis, and buying the world’s most expensive footballer shows this despite the web of mystery shrouding the transfer.