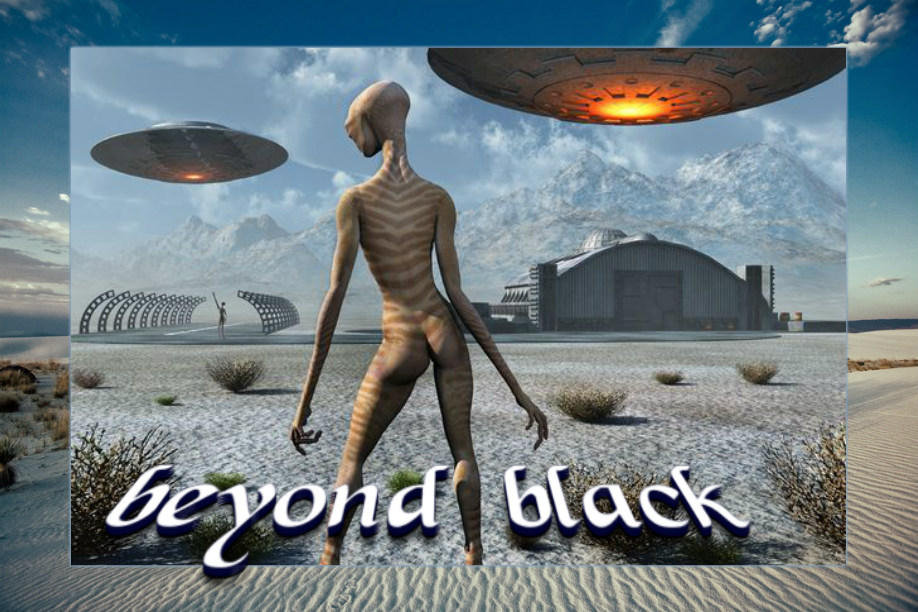 Note: This article is written for those who are up to speed on the Secret Space War Program and the Secret Shadow Government (SSG) and if you are not you are probably wasting your time reading this article.

Even those involved in such programs often are allowed to only gain knowledge of a narrow compartmented slice. VT has allowed articles to be presented which attempt to fill that void. Despite vociferous official denials, it is now known that Electromagnetic Frequencies (EMF) can entrain brain waves, cause electrical conduction irregularities in the heart function, cause sleep irregularities, migraines and cancer without doing any tissue heating.

For many years it has been the official USG position that Electromagnetic frequencies (EMF) can only be harmful if tissue is heated.

This has now been shown in numerous peer reviewed studies to be notably untrue, that in fact EMF can entrain brain waves and can disturb electrical conductance in the heart without heating tissue at all.

I have written prior articles which described the sophisticated Globalist agenda to psychotronically oppress We The People using cell phones and cell phone towers, Wi-Fi, dirty electricity and other forms of EMF including custom targeting by ground stations and satellite. I also listed some countermeasures that are now being used to mitigate the effects.

The weaponization of EMF via Smart-meters via the Smart Grid.

There are numerous claims that they cause fires (they are not UL rated and some claim they are technically illegal for home use because of that according to state fire codes).

And although many of these claims are being made by homeowners who just had a Smart-meter installed, some have been substantiated by well qualified scientists all over the world in various nations.

And there are new peer reviewed research studies which are showing that the EMF levels that Smart-meters radiate and expose homeowners to are strong enough to cause serious health problems for those who have a Smart-meter installed or close by.

Are Smart-meters just another type of SSG soft-kill deployed to tranquilize the populace and make folks sick and prematurely dead over time?

Here is the Trailer for the award-winning movie Take Back Your Power which is now being shown on Dr. Mercola’s website for free, for one week starting through 8-11-17.

A deeper analysis of the factors behind the implementation of the Smart-meter program suggests that there is massive political power behind its mandated implementation.

This strong political power behind the Smart Grid becomes obvious to any homeowner who tries to get a Smart Meter removed after it has been installed. These Smart-meters are usually installed without customer/homeowner consent; and always without their “informed consent” which is required by case law for medical devices.

And there is now substantial evidence to suggests that Smart-meters are actually functioning as unlicensed, unapproved medical devices that have been deployed without giving the public any serious informed consent of the risks (which are substantial).

Besides this it appears that there have been some very deep, dark secrets at play here because “national security directives” have been invoked behind the true purpose of this “Smart Grid” program.

Looks like the Smart Grid system is high priority and a “national security” mandated system.

Top Officials involved in deploying this Smart Grid program express serious fear when pressed for an explanation of the public safety aspects of this system. Looks like this has been driven by a very powerful Intel related group that is taking orders from somebody. The question is from who or what?

There have been anecdotal unsubstantiated reports by insiders that some such officials feels their very lives are in jeopardy if they disclose what they known and their own personal concerns. Apparently some have actually been threatened with serious ramifications if they disclose what they have been told in secret. Some have allegedly had their lives threatened by US Intel agents.

Some officials have had to sign confidentiality/secrecy agreements and have been told that the Smart Grid system is a top secret sophisticated Intelligence gathering tool needed to prevent nuclear and other forms of terrorism and organized crime.

This is true but there is more that is not being disclosed, that the system has the capability to be utilized as a very sophisticated weapon that involves “no direct touching” of the victim.

Yes, there is now new evidence emerging that the implementation of Smart-meters (and the Smart Grid) is actually a sophisticated weapon of war when one examines its full capabilities. It is my view based on the level of technological sophistication employed by Smart-meters, they are based on sophisticated Alien ET technology provided through exchange programs.

Just how deeply involved has the USG become involved with Alien ETs and how much of their advanced technology has been gained or back-engineered.

We now know for certain that the US Secret Shadow Government (SSG) has recovered and worked at back-engineering numerous crashed Alien ET anti-gravity craft. We also know for certain that dead Alien ET bodies were recovered; at least one live alien ET was rescued and kept in captivity; and the USG secretly has formed exchange programs based on signed treaties with Alien ETs.

In these Alien ET exchange programs Alien ET super advanced technology has been exchanged for use of human subjects and their biological samples. In one program in particular at the Dulce N.M. Deep Underground Military Base (DUMB), a certain USAF Military contractor is working with Alien ETs on a joint program to hybridize humans and synthesize the human soul and to develop clone replicas of top officials and top politicians. I heard one claim made that the massive immigration, legal and illegal has been mandated to provide cover for these hybrids and some human looking Alien ETs to enter society.

Just how advanced has the implementation of Alien ET technology become inside the Secret Space War Program and does the Smart Grid System employ this technology?

What do we now know for a fact exists because of vetted insider reports now made public? We have reports from vetted insiders that Alien ET anti-gravity craft have been recovered.

If anecdotal insider reports are accurate, hybridizations and cloning has been successful to a point. However if reports are true, attempts to synthesize the human soul so far have been unsuccessful and doomed to failure. Same for the attempts to transfer one “mind” into a clone made to look like them from their own DNA. The clones have short lives and often strange neurological (CNS) glitches.

Some have claimed that hybridization produces a hived psychopath with no soul, but this has not been substantiated.

There are now unsubstantiated reports which I consider valid that all secrecy has unofficially ended because of the new quantum based D-wave inter-dimensional based spy systems. In these systems which have become satellite based, no computer circuit on or off is safe from quantum access. D-waves have been purported to cross through a dimension where distance and time is different than what we normally experience.

From all the leaks coming out it seems apparent that all secrecy is now ending and anything written or spoken is now available to the various largest, most advanced Intel Agencies.

In any event, it is not unreasonable to ask the question, have the top Secret Shadow Government (SSG) officials who run the Secret Space War Program (SSWP) become themselves seriously mind-kontrolled by Alien ETs whom they have been working with?

Have these top SSG officials who sit on the major control board (MJ) become tools of Alien ETs in the take-down of America and even the human species? When one ponders the deep dark secrets behind the anti-human deployment of the Smart Grid, it quickly suggests that some sinister anti-human force has taken over those who run the USG and the SSG.

The Smart Grid has been deployed, it appears to be a very high-tech sophisticated weaponized EMF system. And there is deep secrecy and strong political muscle behind this deployment. Is the small group of top officials pushing this Smart Grid System upon us run by an evil Alien ET group attempting a take-down of Earth so they can get rid of the human race and repopulate it with their own creations? Or is this sinister deployment merely a result of the *BT/RKM/COL World Bankster franchise system of perpetual debt-bondage and war.

It appears that some of the very top Globalist NWO leaders (usually CFR members) have inserted themselves on MJ which has expanded over the years and involved representatives from numerous nations, even some we consider our enemies.

Despite these top Globalists being part of MJ, there is a new group inside MJ who do not share their same objectives. And a substantial number of the “old guard” is now sick, disabled and dying. Some have already died.

There have been several insider claims that the ongoing conflicts in the American political system at present are really due to an internecine war; a serious conflict between a certain very powerful newly emergent international non-Globalist faction of the Secret Shadow Government versus the old guard of the BT/RKM/COL Globalists (also known as the Mystery Babylon System or the Vatican/City of London/DC Globalist NWO Banking System).

It has been pretty well established that this BT/RKM/COL Mystery Babylon world banking System is an occult system of control of government officials and elected politicians by using large payments, sex, Satanism, pedophilia, human compromise, and blackmail to varying degrees to keep them in line. It is now pretty apparent that it is being disassembled piece by piece and this is mandated from the Superior General himself in order to displace the old for the new. Some view this as a mandated establishment of a new Cosmic Fascism that starts out very friendly and proceeds to go deeply satanic until stopped.

Conservative Christians have attributed the emergence of this BT/RKM/COL system to a belief that the top several who control this whole BT/RKM/COL Hierarchy have willingly given up their souls to receive vast riches, power and status from Lucifer (Satan) the temporary God of this world.

Here’s where this alleged issue of internecine war takes a jump into the deepest esoterics. Have the newbies who run the SSG Deep-black and Beyond-Black programs drifted into their own breakaway subculture, one that has been entrained by subtle non-obvious but very sophisticated Alien ET mind-kontrol. Have these top SSG folks been taken over without even realizing it?

Here is a thought to contemplate: Do you think that Americans would have been so silent without all the deployment of advanced psychotronics after the middle class has been stripped of over 40% of it wealth since 2008, and savings accounts pay less than 1%, far below inflation?

Sure seems like We The People have been psychotronically satiated and tranquilized, doesn’t it as America is being asset stripped and our Constitution is being trashed and ignored?