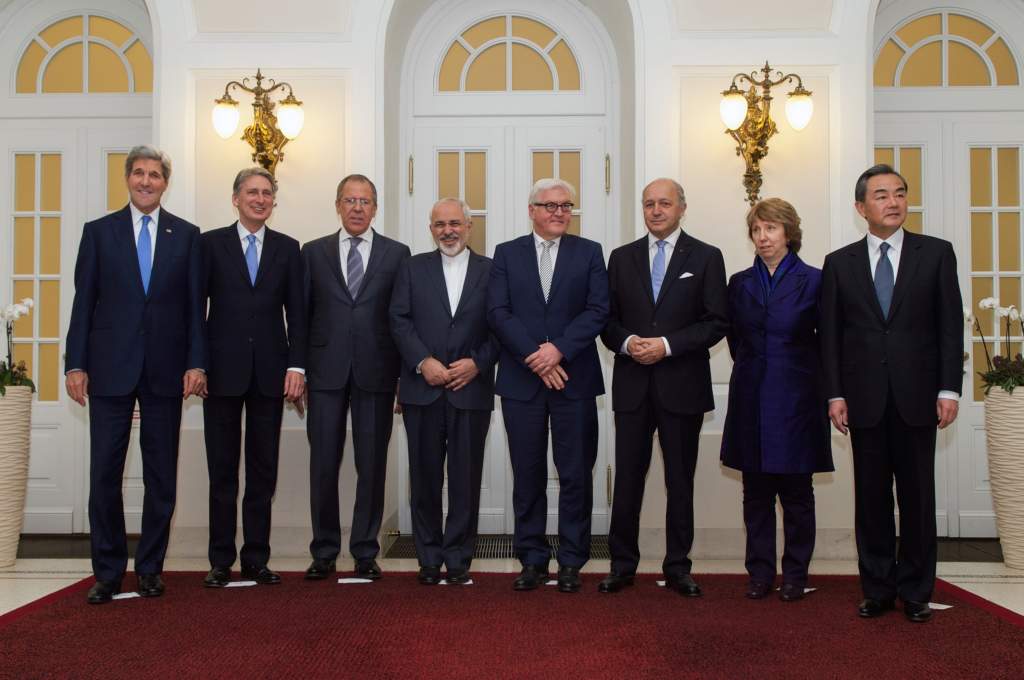 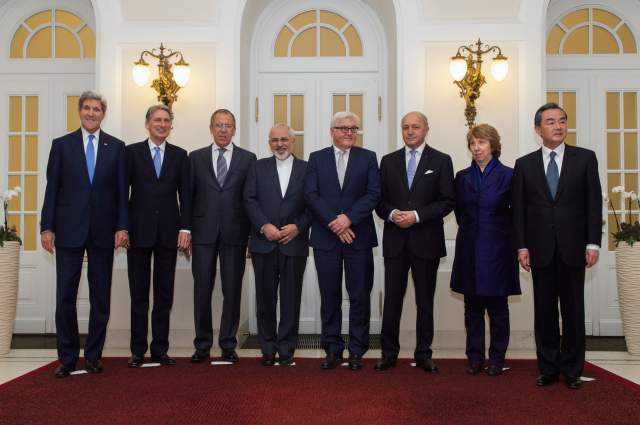 Iranian President Hassan Rouhani has criticized Washington’s “lack of commitment” to the historic multinational nuclear deal, one of his first moves since being re-elected. Widely considered as one of the greatest achievements of former US leader Barack Obama, his successor has clearly shown opposition to the pact. 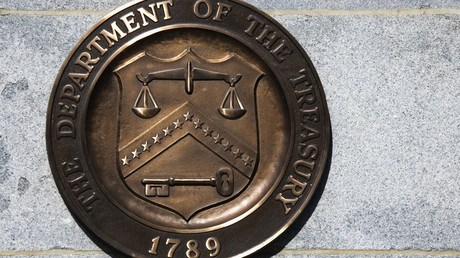 “Iran would not be the first to pull out of the nuclear deal, but it will not remain silent about the US repeated violations of the accord. Those who want to tear up the nuclear deal should know that they will be ripping up their own political life,” said Rouhani, who was sworn-in for his second term as Iranian president Saturday.

“The US lack of commitment to implementation of the nuclear deal proved it to be an unreliable partner to the world and even to its longtime allies,” Iran’s leader, who was re-elected in May, said as quoted by Reuters.

Rouhani’s remarks were delivered at his swearing in ceremony in Iran’s parliament. A host of top foreign politicians, including senior European officials, were also in attendance.

EU foreign policy chief Federica Mogherini was among those visiting Tehran. Ahead of the ceremony, she had been warned of the consequences of Washington’s current attitude to the hard fought 2015 accord between Iran and six world powers.

“Mr Trump is trying to destroy the nuclear accord at Iran’s expense, and Europe should be conscious of this,” Zarif said, as quoted by local media. The Iranian official pointed out that “barriers are created by the US” to allegedly disrupt the deal, saying that Washington “aims to not let Iran use the benefits” provided by the accord.

“This is a blatant violation of the nuclear deal,” Zarif told the high-ranking EU official.

While in Tehran, Mogherini reassured Iran that “the European Union strongly supports the nuclear deal,” and that it is a “common position of all European states.”

All those who are a signatory to the Joint Comprehensive Plan of Action (JCPOA), including the US, should take “wise and proportionate measures,” the Iranian media cited the EU official as saying. She reportedly added that Europe hopes its western ally “will remain in the deal.” 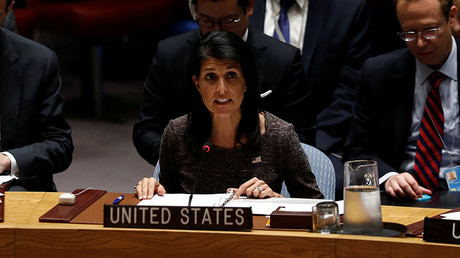 In late June, at a Security Council meeting on the implementation of a UN resolution endorsing the July 2015 nuclear agreement, it was noted that all seven reports issued by International Atomic Energy Agency (IAEA), which oversees Tehran’s adherence to the deal, are “documenting continued implementation by Iran of its nuclear related commitment.”

“The Europeans are reaping the economic benefits of JCPOA by signing multibillion dollar deals, and we’ve seen that with France, Italy and a number of other countries in comparison to the US that has self-sanctioned its own companies by disallowing them to take the benefits of this nuclear breakthrough,” former adviser to Iran’s nuclear negotiation team, Kaveh Afrasiabi recently told RT.

The deal is under threat after new US sanctions which are only the latest addition to a string of anti-nuclear deal initiatives by Washington, he said.

“Unfortunately, despite the fact the Trump administration has repeatedly certified Iran’s compliance with the nuclear agreement, it continues to take these counterproductive steps. So the Europeans will stand up to Trump.”

Indeed, since the landmark deal took effect in January 2016, the White House has repeatedly admitted Tehran is in compliance with the terms of the nuclear agreement.

The latest decision to certify that Iran is adhering to the deal came in mid-July. After extensive discussions with Trump’s national security team and the State Department, the White House once again acknowledged Iran’s compliance.

This time, however, the president reportedly told his aides he does not intend to renew the certification indefinitely, according to the New York Times. Trump has previously made conflicting statements on whether the US should pull out from the deal completely or keep it in place under certain conditions.

Iran has been formally PUT ON NOTICE for firing a ballistic missile.Should have been thankful for the terrible deal the U.S. made with them!

With Trump having previously dubbed the much-applauded efforts of several nations the “worst deal ever,” the 45th US president claims Iran is undermining the intent of the accord and poses a threat to the region.

The 2015 agreement only covers Iran’s nuclear program and some in Washington have accused Tehran of being “unquestionably in default of the spirit” of the deal because of its interference in neighboring countries, its human rights record and other activities, Reuters reported. 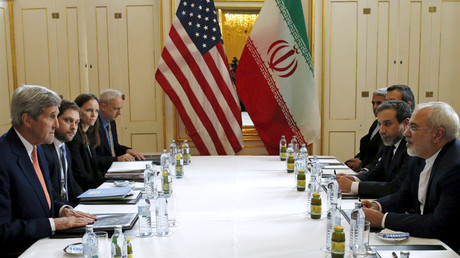 A senior administration official has said that the White House is willing to “address the totality of Iran’s malign behavior” and look at ways to more strictly enforce the nuclear deal designed to ensure Tehran doesn’t make nuclear weapons.

Similar accusations were put forward by the US in April, when the White House also certified Iran’s compliance with the terms of the deal. The announcement coincided with a statement by Secretary of State Rex Tillerson, who accused Iran of funding terrorist groups, violating human rights and nurturing plans for a ballistic missile program.

“An unchecked Iran has the potential to travel the same path as North Korea ‒ and take the world along with it,” Tillerson added.

Iran officially agreed to halt parts of its nuclear program and subject other sectors to increased UN monitoring in exchange for the removal of economic and financial sanctions in July 2015, when following 18 months of intense multilateral negotiations, the deal was inked between Tehran and major world powers – the US, France, Britain, Russia, and China, plus Germany.

Despite the lifting of most UN-mandated and US and EU unilateral sanctions against the economy of the Middle Eastern nation, the JCPOA deal does not call for lifting all sanctions against Tehran until “transition day,” which comes eight years after the agreement was signed.

Still, Washington has enforced more restrictions against Tehran under Trump, claiming it’s not related to the multinational deal.

This week, president Trump signed the ‘Countering America’s Adversaries Through Sanctions Act’ into law. The punitive legislation targets Iran along with Russia and North Korea.

Last month, the US treasury imposed new embargoes on Iranian companies which provide material support to Iran’s military, as well as on organizations involved in the country’s ballistic missile program.

READ MORE: ‘Why is Washington ramping up sanctions on Iran? We are both fighting the same terrorists!’

Tehran believes the latest punitive measures violate the terms of the nuclear deal, and has vowed to pursue smart and carefully considered countermeasures against the US.

After Trump put his signature on the latest sanctions bill, US Libertarian icon Ron Paul accused the president of betraying his promises to the American electorate. Noting that Iran is complying with the terms of the Obama-era nuclear agreement, the 81-year-old former congressman warned that Trump is seeking a new conflict with either Iran or North Korea. Paul believes that any such war will put an end to the Republican’s presidential term.