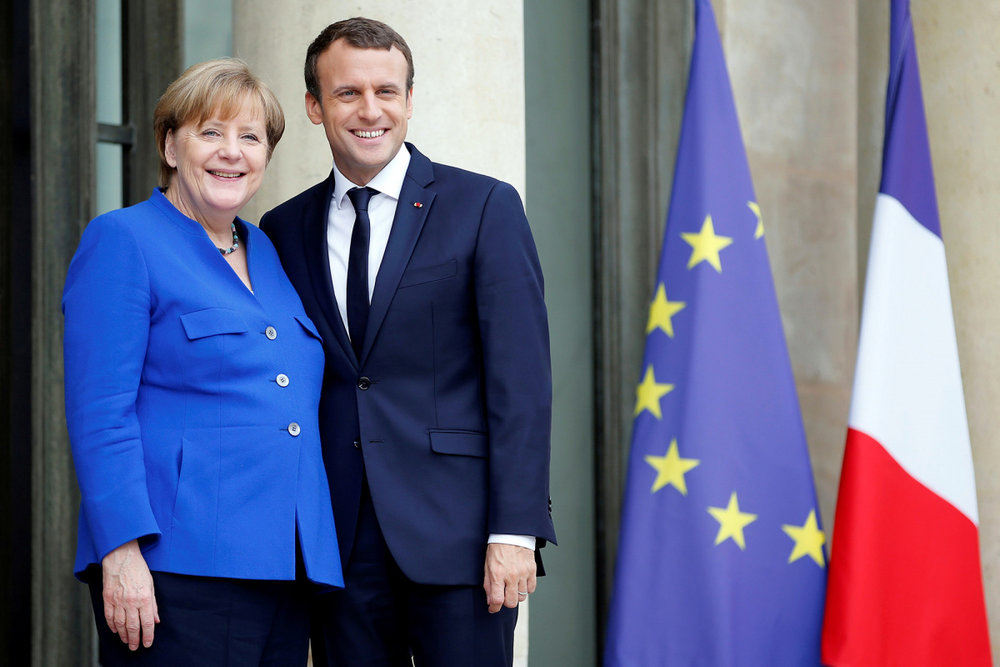 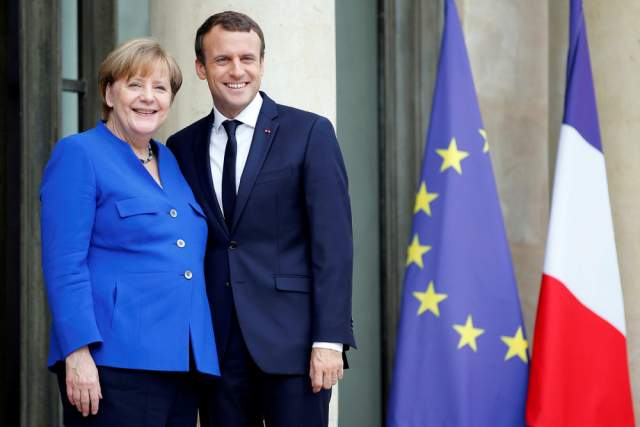 The United States finalized new sanctions against Moscow this week, roping it in with perennial bad actors Iran and North Korea. Despite complaints from Donald Trump and Rex Tillerson — the pair of ex-CEOs that now lead U.S. foreign policy — the administration assented to the “flawed” package on Wednesday.

Hawks in Washington are clearly taking notice of the European position. “Europe’s opposition to the sanctions is troubling. You can’t on one hand ask for a bigger U.S. military commitment to the continent while on the other hand oppose nonmilitary coercive measures,” Boris Zilberman, a Russia analyst at the Foundation for the Defense of Democracies, told me. A central plank in Europe’s concern is energy — the continent is quite reliant on Russian energy (something Ronald Reagan famously warned the Europeans against during the Cold War). “It is déjà vu all over again. Back in the 1980s the Reagan administration targeted Soviet energy exports, specifically pipeline projects.

Europeans saw it as a double whammy for them, undercutting their energy security and — given potential secondary sanctions on many firms involved — penalizing their companies,” says Clay Clemens, an expert on German politics at the College of William & Mary.

In particular, a project called Nord Stream 2 between Europe’s central player, Germany, and Russia’s controversial energy company Gazprom could be affected by the sanctions. In addition to Gazprom, the deal has investments from European companies; its signatories aim to carry natural gas under the Baltic Sea. “Some Germans quietly hope that [Nord Stream 2] could transform their country into a European energy hub,” The Economist noted in June. The Ukrainian crisis is also at play here: the project would allow Russia “to bypass existing pipelines in Ukraine, depriving the Ukrainians of lucrative transit fees,” the outlet noted.

But the United States and the EU are not united, and Europe is feuding internally over how to handle this, as well. In contrast to Germany, the Brits haven’t stood in Washington’s way. “We agree that it is important to send a message to Moscow that Russian actions in Ukraine and Syria, interference in the domestic affairs of other countries, and undermining of the rule of law, will be met with a strong response,” a United Kingdom official told me, indicating London didn’t find the legislation abrasive and praising the sanctions for emphasizing “the importance of transatlantic unity.” The Baltic States and Poland, Russia-weary and opposed to Nord Stream 2, have gone along with the sanctions, and would potentially block more radical retaliation by the EU. European Council president Donald Tusk, the former Polish prime minister, has also criticized Nord Stream 2. Vice President Pence was in Estonia earlier this week, and Poland hosted Trump ahead of the G20 summit last month, where he seemingly received a hero’s welcome in a country that has moved dramatically rightward in recent years.

But elsewhere in Europe, including in the EU leadership, there is great concern. In startling language Wednesday, European Commission president Jean-Claude Juncker, of Luxembourg, appeared to treat the U.S.-Europe alliance as a potentially open question. “The U.S. Congress has now also committed to only apply sanctions after the country’s allies are consulted. And I do believe we are still allies,” he said in a statement, with his office noting that “if the U.S. sanctions specifically disadvantage EU companies trading with Russia in the energy sector the EU is prepared to take appropriate steps in response within days.” “We are prepared,” Juncker told a Brussels radio station Wednesday. “We must defend our economic interests vis-à-vis the United States. And we will do that.”

The German establishment is apoplectic, directly accusing the United States of trying to enrich itself economically — the sanctions are paired with provisions encouraging Europe to buy U.S. natural gas. In the era of President “take the oil” Trump and an Exxon Secretary of State, some are suspicious of American motives like never before. “One is left with the sense that the United States is looking to its own economic interests,” Volker Trier, the head of the German Chamber of Industry and Commerce, said last week. In the 1980s, “there was also a sense that the U.S. sanctions were designed to reduce competition for American energy exports,” Clemens noted to me.

Wary of bucking Germany, France has also expressed reservations about the sanctions. “Any conflict in the Paris-Berlin axis is potentially suicidal for Europe at this point,” Vincent Michelot of Sciences Po Lyon tells me. The French foreign ministry said last month the language passed out of the House looked illegal. This Parisian dismissal comes at a time when Trump seems to be cultivating a relationship with the new French president, Emmanuel Macron, who Michelot says is trying to set himself up as an “indispensable mediator” in European and international affairs.

If Ukraine is one nonobvious tripwire in this dispute, Syria is another. Macron has tacitly backed a future for Syrian president Bashar al-Assad, in a major change in French policy. “It is a radical departure from Hollande’s strong stance that there could not be any political resolution of the Syrian conflict with Assad around the negotiation table,” Cecile Alduy of the France-Stanford Center told me. “More importantly, Macron is contradicting himself on this . . . In early April, he was in favor of a military intervention against Assad.” Prolonged, public disputes between Berlin, Paris and Washington could imperil efforts at even unrelated negotiations, however.

In the end, Europe, especially with Germany in the lead, might take a pass on a full-scale feud. Europe “cannot allow the relationship with Russia to sink to the level of the U.S.-Russia confrontation,” Michelot says. “The preference [in most of Europe] is still for some kind of constructive engagement policy, despite EU sanctions after Ukraine,” Clemens says, but cautions: “Of course, overall, it is a tough balance for Merkel in particular to strike, since she has been the leader most skeptical of Putin.”