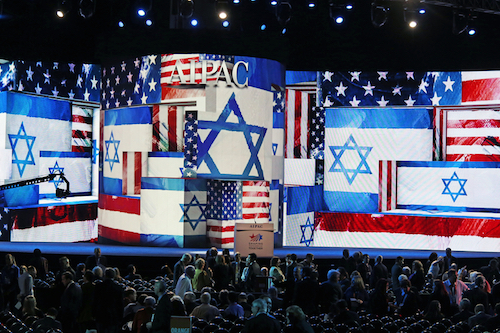 Former New York Times Jerusalem bureau chief Jodi Rudoren has finally come out of the closet and nailed it. Israel’s treatment of the Palestinians, she said, is “a lot like apartheid.” She added: “I actually think the issue of apartheid is more relevant to how Arab Israelis [Palestinian citizens of Israel] are treated within the framework of the country [Israel].”

This is not really news at all. But it does seem to show that Rudoren has come to her senses and realized that Israel is indeed a problem child. John Lyons, who also served in Israel for many years, seems to be drawing similar conclusions. And he has recently made it clear that Australia has been dominated by the Israel Lobby for far too long. He said:

“For more than 20 years, Australians have read and heard pro-Israel positions from journalists, editors, politicians, TRADE union leaders, academics and students who have returned from the all-expenses-paid Israel lobby trips. In my opinion, no editors, journalist or others should take those trips: they grotesquely distort the reality and are dangerous in the sense that they allow people with a very small amount of knowledge to pollute Australian public opinion.”

The Israel Lobby in the United States has done similar things over the years.[1] It has corrupted politicians and has ideologically groomed them to say crazy things in public. AIPAC doesn’t care whether Americans live or die, otherwise they would not ask for perpetual wars in the Middle East. AIPAC only cares about Israel’s existence, and they are ready to do just about anything to keep Israel alive.

The regime can also create concentration camps such as Gaza[2] and no country in the West dares to even put sanctions on Israel. Puppets in the United States want us all to know that our greatest enemy is not Israel but Russia and Iran.[3] Well, we can say that AIPAC, “our biggest foreign agent,” seems to be running out of gas. 69% of Americans now oppose “AIPAC’s ‘Israel Anti-Boycott Act.’” There are more bad news for the Israeli regime:

“An unprecedented poll reveals the gaping void between American identification with Israel and the official positions taken by both major political parties.

“A majority of American adults – 70.3 percent – do not consider themselves Zionists when defined as ‘A Zionist is a person who believes in the development and protection of a Jewish nation in what is now Israel.’ Only 24.9 percent say, ‘I consider myself a Zionist’ while 4.8% provided other responses.

That is indeed a significant number, and perhaps all Americans should unite to phase AIPAC out of existence in the United States. The Obama administration, to their credit, was so angry at the Israeli regime that they finally had to call Benjamin Netanyahu a “chickenshit.” After giving Netanyahu just about anything that he wanted, the Obama administration realized that Netanyahu wasn’t about to give anything in return. In the end, the administration had to declare, “fu$k Bibi!”[4]

As Trita Parsi has recently declared in his recent study, the Mossad in Israel pretty much agreed with Obama then. It is time for the United States to say no more to Benjamin Netanyahu.

[3] For a recent development, see Paul R. Pillar, “The Persistence of Falsehoods About the Iran Nuclear Agreement,” National Interest, August 3, 2017.