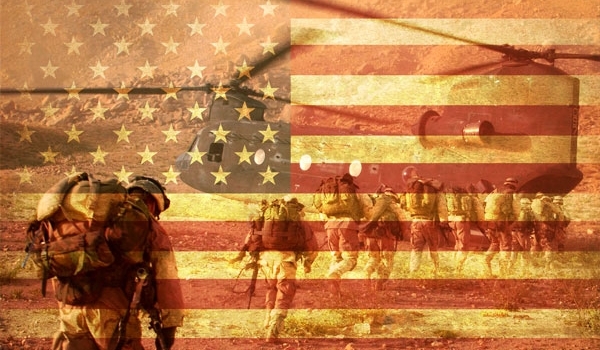 As President Donald Trump vents his frustration with the United States’ “losing” strategy in Afghanistan, the “notorious mercenary” and Blackwater founder Erik Prince has seized the moment to offer his favored alternative: privatize the war.

Prince, someone with White House connections, has drafted a proposal that would hand the longest war in American history over to a private “band of experienced sergeants,” – read unaccountable murderers. Prince proposes a two-year plan for fewer than 5,000 global guns for hire and under 100 aircraft, bringing the total cost of the US effort to turn round a failing war to less than $10 billion a year.

The plan, this literal colonialism, would be very similar to Blackwater’s approach in Iraq, where the private contractors had significant influence on US policy. It will potentially open the door to deadly abuses and murders by unaccountable forces, like those seen in Iraq.

Ronald Neumann, who served as the US Ambassador to Afghanistan from 2005 to 2007, has echoed these concerns in an interview with mainstream media: “There’s a bad record of contractors and human rights abuses. There’s no legal structure to govern this.”

What’s more, Washington has admitted to its failure in the years-long war in the Asian country. Defense Secretary James Mattis has acknowledged that the US is “not winning in the war.” The Pentagon chief has also admitted that the US forces are not performing well in Afghanistan.

Which brings us back to Afghanistan, Iraq, Syria and Yemen, a developing humanitarian catastrophe in one of the most volatile regions on the planet. The crisis in these unfortunate nations will deepen as US forces and private contractors will continue to destabilize environments and livelihoods, all while increasing displacement risk further. Intersecting with spiking violence and entrenched terrorism, environment-related social stressors and public-health crises will aggravate insecurity and resource competition. It could also breed even more conflict, as appears to be happening almost everywhere in the Middle East.

The link between state-sponsored violence, terrorism, and scarcity is illustrated today in Yemen, where intersecting stressors are spurring “recurring droughts, poor access to basic services and infrastructure, lack of livelihood options and ongoing US-Saudi blockade, conflict and insecurity, leaving highly vulnerable and exposed people with no other option but to either fight back or move.

It could get worse in Afghanistan. Despite the ridiculousness of all this, the idea appears to be gaining traction in Washington. There will be no more backseat driving of the war from pesky bureaucrats in Washington, or restrictive rules of engagement imposed on soldiers. Their interests are more likely profit than concern for Afghans.

The fact that the idea has champions in Washington sends a message to the whole galaxy of private military contractors: Business may be booming once again! If America entertains the possibility of outsourcing one of its most intractable foreign policy boondoggles, it may well push the market to spit out huge numbers of these fighters. It is supply and demand, generating tens of thousands of soldiers of fortune.

The truth is, the people of Afghanistan and beyond want peace, not war and certainly not American mercenaries, who breed war and suffering. They know first-hand that for-profit warriors proliferate armed conflict – as long as there is someone to pay, there will always be a sectarian war to start, expand or prolong. History of Iraq shows us that they often maraud between contracts, preying on the innocent.

Sad to say, the privatization of America’s endless war is already underway. Denial is not a strategy to manage this growing problem. But the Middle East is not ready for such a crazy idea, and may never be. Indeed, a ceasefire in the entire region is imperative in 2017 in order to stop the bleeding. But instead, all the American allies in the region as well as Europe and the United States are involved in fanning the flames of the conflicts even more. It is clear now that they are not doing this to save lives or promote democracy.

They are talking about private war and security, but what about diplomacy? Beyond diplomatic skills, they need imagination and courage to find a solution to the drawn-out conflicts. Only then can ISIL, Al-Qaeda, and their affiliates be stopped.

In summary, the world desperately needs to renew its approach and institutions to truly reach peace. The United Nations can and should play this role, but unfortunately the voices of peace are so few that many member states have become pessimistic. Still, peace in the Middle East is the only possible option; the world only needs the political will to achieve it. The alternative – indirect colonial butchery and privatize war – is already unbearable for millions trapped in America’s endless war. In the meantime, the need for humanitarian assistance remains great.