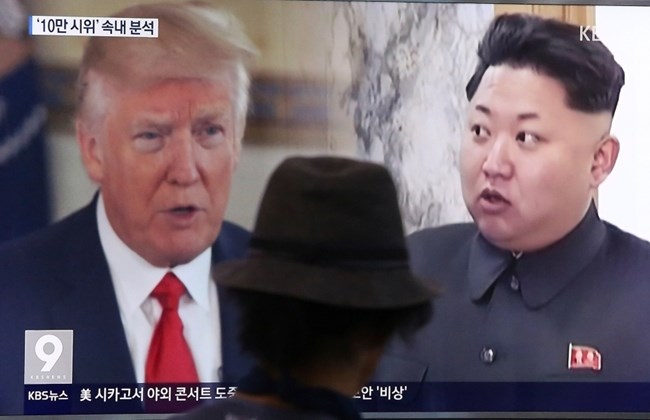 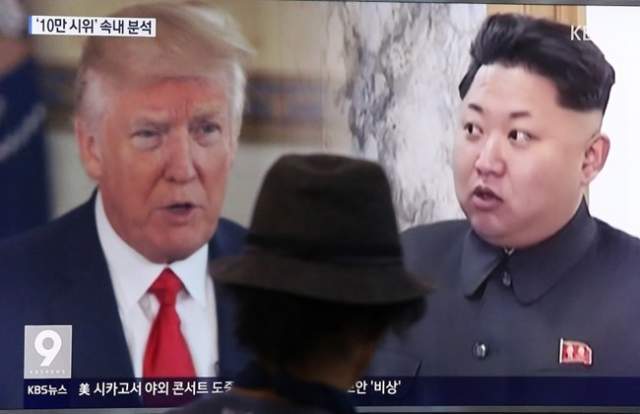 North Korea dismissed warnings by U.S. President Donald Trump that it would face “fire and fury” if it threatened the United States and outlined detailed plans on Thursday for a missile strike near the U.S. Pacific territory of Guam.

Experts in South Korea said the plans unveiled by the reclusive North ratcheted up risks significantly, since Washington was likely to view any missile aimed at its territory as a provocation, even if launched as a test.

North Korea’s apparently rapid progress in developing nuclear weapons and missiles capable of reaching the U.S. mainland has fueled tensions that erupted into a war of words between Washington and Pyongyang this week, unnerving regional powers and global investors.

World stocks fell for a third day, with shares in Seoul slumping to a seven-week low, after North Korea said it was finalizing plans to fire four intermediate-range missiles over Japan to land 30-40 km (18-25 miles) from Guam, adding detail to a plan first announced on Wednesday.

Guam, a tropical island more than 3,000 km (2,000 miles) to the southeast of North Korea, is home to about 163,000 people and a U.S. Navy installation that includes a submarine squadron, a Coast Guard group and an air base.

As announced by North Korea, the planned path of the missiles would cross some of the world’s busiest sea and air traffic routes.

While North Korea regularly threatens to destroy the United States and its allies, the report was unusual in its detail. It follows two successful tests of an intercontinental missile by the isolated state in July and a series of other missile tests.

“Even if the North’s missiles do not hit the ocean territory of Guam, the U.S. will not tolerate such a provocation simply because it is a severe threat to its national security,” said Cha Do-hyeogn, visiting researcher at the Asian Institute for Policy Studies in Seoul.

Masao Okonogi, professor emeritus at Japan’s Keio University, said before the latest KCNA report that Pyongyang may be issuing a warning or advance notice of changes to its missile testing program rather than threatening an attack.

“I believe this is a message saying they plan to move missile tests from the Sea of Japan to areas around Guam,” he told Reuters. “By making this advance notice, they are also sending a tacit message that what they are going to do is not an actual attack.”

Major airlines that fly over the region however said they had so far made no plans to change flight paths.

“Sound dialogue is not possible with such a guy bereft of reason and only absolute force can work on him,” KCNA said of Trump. It said Trump’s comments on Tuesday that any threats by North Korea would be “met with fire and fury like the world has never seen” were “a load of nonsense”.

Visitors and residents on Guam appeared to be taking things in their stride. The main beach front on the island was packed with tourists dozing under trees or on the sun loungers of five-star hotels lined up before a calm sea.

Governor Eddie Calvo said Guam had experienced a Japanese invasion in World War Two and countless earthquakes and super-typhoons, and there was no U.S. community better prepared to meet the North Korean threat.

“We are concerned about these threats but at the same time we also want to make sure people don’t panic and go on with their lives. Enjoy the beaches,” he said.

Lee Choon-geun, senior research fellow at South Korea’s state-run Science and Technology Policy Institute, said there was a risk that any missile could land much closer to Guam than planned.

“The United States will consider it an apparent attack if it lands within its territorial waters and, given the risks involved, will most likely try to shoot them down before they land anywhere close to Guam and its territorial sea,” Lee told Reuters.

“This could elevate the threats to an unprecedented level.”

Japan could legally intercept a North Korean missile headed towards Guam, its defense minister said on Thursday, but experts believe Japan does not currently have the capability to do so.

The United States and South Korea remain technically still at war with North Korea after the 1950-53 Korean conflict ended with a truce, not a peace treaty.

South Korea urged North Korea on Thursday to stop all action that drives up tension on the Korean peninsula, but China, Pyongyang’s major ally, has been keeping a low profile since the latest crisis erupted.

Tension in the region has risen since North Korea carried out two nuclear bomb tests last year and the intercontinental missile tests, all in violation of U.N. Security Council resolutions. Trump has said he will not allow Pyongyang to develop a nuclear weapon capable of hitting the United States.

Washington has warned it is ready to use force if needed to stop North Korea’s ballistic missile and nuclear programs but that it prefers global diplomatic action. The U.N. Security Council unanimously imposed new sanctions on North Korea on Saturday.