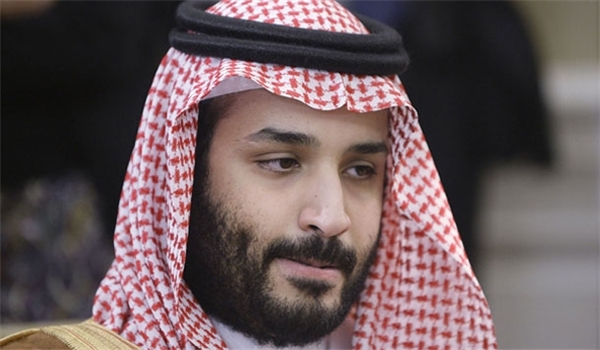 Arab media outlets reported that Saudi Crown Prince Mohammed Bin Salman, who is believed to be preparing to replace his father in coming months, had a crucial meeting with an Israeli delegation last week.

The Arabic-language Palestinian weekly, Al-Manar, disclosed in a report on Wednesday that the crown prince met an Israeli delegation headed by one of Benjamin Netenyahu’s cabinet ministers in Riyadh last week.

“The meeting was also attended by the Saudi intelligence chief, who is bin Salman’s confidentiale and has strong ties with Israeli spy agencies,” the report added.

Al-Manar said the two sides had discussed the situation in Syria and Lebanon as well as Hezbollah’s growning power against Tel Aviv’s shared goals and interests, Israel’s role in the Saudi-led war on Yemen, normalization of ties between the two sides and Saudi partnership in the management of affairs in the Holy Quds (Noble Sanctuary).

Sources in the Royal family in Riyadh disclosed that Saudi King Salman bin Abdolaziz al-Saud has pre-recorded a statement to soon abandon power in favor of his son Mohammed bin Salman in the next few weeks as former crown prince Mohammed bin Nayef is still under house arrest.

According to Reuters, with Mohammad Bin Salman’s sudden ascent, there is now speculation among diplomats and Saudi and Arab officials that King Salman is poised to abdicate in favor of his son.

Quoting a witness at the palace, one Saudi source said that King Salman this month pre-recorded a statement in which he announces the transfer of the throne to his son. The announcement could be broadcast at any time, perhaps as soon as September.

Also, the source close to Mohammed Bin Nayef disclosed that he would like to take his family to Switzerland or London but the king and his son had decided that he must stay, adding that “he wasn’t given any choice.”

Saudi whistle-blower Mujtahid, who is believed to be a member of or have a well-connected source in the royal family, revealed that the current and former Saudi officials are in secret contacts with Israel.

“Riyadh has had contacts with Tel Aviv; first, generally by the Saudi government. Second, by Salman bin Abdolaziz, the current King, when he was the Emir of Riyadh and then became the king of the country,” Mujtahid wrote on his twitter page in July.

He added that incumbent Saudi Foreign Minister Adel al-Jubeir was also one of the channels for contacts between Riyadh and Tel Aviv since he was the advisor of the Saudi embassy in Washington for the Congress affairs when Bandar bin Sultan was the Saudi ambassador to the US, saying that Jubeir had good relations with the American Israel Public Affairs Committee (AIPAC).

Late in June, Mujtahid had revealed that new Saudi crown prince Mohammed bin Salman is attempting to pave the ground for overt relations with Israel.

“In line with preparing the public opinion to establish open ties with Israel, bin Salman has launched a media and twitter campaign and gifts any twitter activist or reporter who helps him in this regard,” Mujtahid wrote on his twitter page.

Also, a leading Arab daily in June disclosed secret meetings between bin Salman and Israeli officials in the past two years.

Al-Qods al-Arabi newspaper reported that the Israeli media have all voiced pleasure in Mohammed bin Salman’s appointment as the crown prince, adding that this development has long been wished by the Israelis.

The Arab daily quoted the Israeli newspaper Yediot Aharonot as reporting that the intelligence sources have confirmed that bin Salman has held meetings with the Israeli officials under a secret name, Walad, in the past two years.

The Israeli daily didn’t reveal the venues and time for the meetings, but wrote that Israel and Saudi Arabia have common foes, friends and interests.

Late in June, Saudi sources revealed that Mohammed bin Salman, who was then the deputy crown prince, was being advised by the UAE on how he can win backing from the US and become king by the end of the year.

The first Saudi source said bin Zayed has told bin Salman that he must “end the rule of Wahhabism” if he wants to be accepted by the Americans.

Wahhabism is the radical ideology dominating Saudi Arabia which has inspired Takfiri groups such as ISIL and al-Qaeda-linked Nusra Front to wreak havoc in the Middle East.

Bin Zayed has also told bin Salman that he must open a “strong channel of communication” with Israel if he is to be Washington’s preferred candidate to be king, the report added.

The second Saudi source reportedly said bin Salman is willing to win the backing of Washington after telling close associates recently that he would complete the mission of becoming king before the end of the year.

The 30-year-old bin Salman, who also serves as the Saudi defense minister, has been granted increasing power since he was named the third in line to the throne last April.

He is heading up the country’s economic reforms plan, the kingdom’s policy towards Syria and its deadly aggression against Yemen.

The young prince’s meteoric rise, however, has sparked tensions within the Saudi royal family.

According to the report, bin Salman would seek to fundamentally change the role of religion in the kingdom on bin Zayed’s advice.

One of the two Saudi sources said that bin Salman plans to cancel the Council of Senior Scholars, which is the kingdom’s highest religious body, and stop all activities that serve Wahhabism.

“The aim will be for bin Salman to be hailed as a hero by the press, Congress, and academics, so that the US administration is forced to follow.”

Such a plan is highly risky given the influence of religious bodies in the kingdom and could lead to a serious showdown.

Israel has covert ties with Arab states despite their claims that they would normalize relations with Tel Aviv only when it reaches a deal with the Palestinians.

In April, the Jerusalem Post wrote that “rather than being isolated, Israel is being incorporated into the Saudi-led orbit,” citing the opening of a mission in Abu Dhabi and increasing contacts in the Persian Gulf States.

One of the Saudi sources said Washington could be swayed into supporting bin Salman’s bid to be king if he could achieve good communication with Israel, even if the Americans like their long-time ally bin Nayef.

Bin Nayef may be the first in line to throne but his quietness, and bin Salman’s prominence, has led many to conclude the experienced 56-year-old’s power is waning.

“We’ve put a lot of markers down on Mohammed bin Nayef. It’s the smart move to do the same with bin Salman. It’s an opportunity to get to know him,” Bruce Riedel, an ex-national intelligence officer and a member of Obama’s transition team, said.