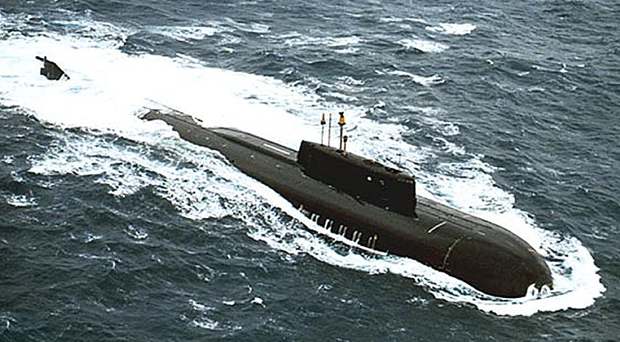 Russia’s new diesel-electric submarine Krasnodar has arrived at its home base in Sevastopol (Crimea) for operation in the Black Sea Fleet after performing an inter-fleet passage and accomplishing missions in the Mediterranean Sea as part of the Russian Navy’s standing task force, TASS reports from the site.

“Today’s arrival of Krasnodar, a fourth submarine, in Sevastopol, is not only the arrival of a new submarine, but we can state now that a whole unit of submarines exists in Black Sea Fleet,” fleet’s Commander, Admiral Alexander Vitko, told reporters on Wednesday.

“Four submarines are in the Black Sea, two – in the Baltic Sea, and they will shortly start their passage to the home port,” he added.

Krasnodar’s passage has continued four months, which is a certain record for the Black Sea Fleet, the commander said, adding that in the future submarines will have longer passages.

As was reported in late June, the frigates Admiral Essen, Admiral Grigorovich and the submarine Krasnodar destroyed large arms depots of the Islamic State terrorist organization (outlawed in Russia) with six cruise missiles in Syria, delivering the strikes from the eastern portion of the Mediterranean Sea.

The submarine had worked on interaction assignments as part of a multiple-type tactical group with two frigates.

A keel-laying ceremony for Project 636.3 diesel-electric submarine (SSK) Krasnodar took place on February 20, 2014 at the Admiralty Shipyard in St. Petersburg. The submarine was floated out on

The Project 636.3 (Varshavyanka-class) covers the third generation of diesel-electric submarines that are among the most noiseless underwater cruisers in the world.

They are capable of developing a surface speed of up to 20 knots and dive to a depth of 300 meters. They have a cruising capacity of 45 days and a crew of 52.

The Project 636.3 submarine displaces about 4,000 tonnes in its underwater position.

The first series of six such Project 636.3 Varshavyanka-class submarines have already been delivered to the Russian Black Sea Fleet.

Six Varshavyanka-class submarines for the Pacific Fleet are planned to be built before 2022.