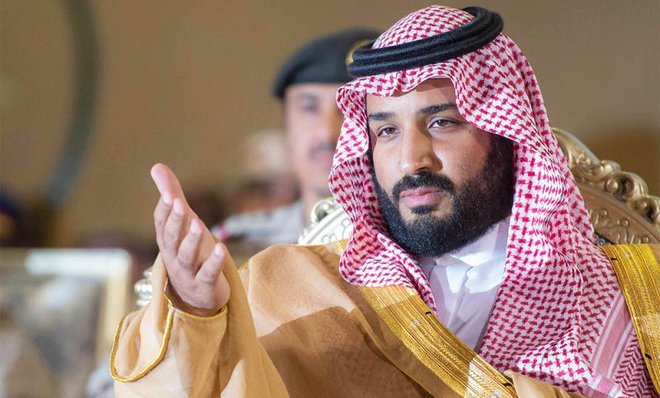 Recent news about attempted assassination of the Crown Prince of the Kingdom of Saudi Arabia, Muhammad bin Salman, may indicate growing instability in the largest Arab oil monarchy, which already faces a number of very complicated problems. The kingdom may experience the most dramatic period of its modern history in the coming months.

There are no special details about the attempt on the life of Crown Prince Muhammad. It was reported that the attempt was made in the city of Jeddah – the economic capital of the kingdom. It was also said that the attempt was organized by one of the princes, who was subsequently arrested. No official confirmation or rebuttal was made from the authorities of Saudi Arabia.

There is no doubt that there are many people in the huge Saudi royal family who wish to get rid of the young crown prince. His rapid rise to the heights of power, as a result of which he gained almost unlimited control over the economy and the army of Saudi Arabia (with the support from his aging father, King Salman) being only 30 years of age could not but anger competing family clans.

Rumor has it that Muhammad bin Salman may take the throne of Saudi Arabia in the coming months. His father, King Salman, departed to Morocco for rest, having left his son to rule the country as the last exam. Upon his return to the country, King Salman may abdicate in his son’s favor.

Mohammed bin Salman and the whole kingdom may prepare for a difficult period of internal turmoil. There are at least three other factors that make the whole story even more complicated. It goes about the ongoing war in Yemen, a threat from ISIS-oriented youth and growing tensions in the Shiite-populated Eastern Province.

The Yemeni war was the first big test for Muhammad bin Salman, who received the post of the Minister of Defense. The problem is that the war has been extremely unsuccessful for him so far. The war lasts for too long and brings no results, even though the young commander needs them like air. Air raids of the Saudi coalition have led to numerous casualties, which triggered a wave of criticism of the Saudi authorities. If there is no success in Yemen, the objectively growing role of the army can become a factor of destabilization.

The threat from radical youth is more serious. Here, the Saudi regime faces consequences of its own ill-conceived policy of supporting extremist Islamist groups throughout the Islamic world.

It’s no secret that al-Qaeda (the terrorist organization is banned in Russia) and many related organizations, including the Muslim Brotherhood, received full support from Saudi clans. Saudi Arabia’s indignation about Qatar is an example of hypocrisy. Until recently, the two monarchies have been in solidarity in financing one and the same extremist forces.

In the conditions of today, the Islamic State (the terrorist organization is banned in Russia) has grown up on Saudi money and turned into a threat for Riyadh. The kingdom decided to declare a “war on terrorism and extremism.” However, terrorism and extremism have already taken deep roots in the minds of young nationals of the kingdom. Opinion polls show that a huge number of Saudis, especially young people, support the ideals, and, to a lesser extent, the practice of Islamic State militants.

Under these conditions, the heir to the throne, Muhammad bin Salman, certainly can not feel completely safe in the face of millions of young people who openly sympathize with the Islamic State. This is evidenced by the growing number of death sentences to individuals sympathizing with terrorists.

The third threat to the regime is the troubled Eastern Province of the kingdom, where the Shiites make the majority of the population. Iran and Qatar will not lose an opportunity to take advantage of the situation and the discontent of the Shiite population in the struggle against Riyadh.

Noteworthy, hostilities in the vicinity of the city of El-Qatif on the Gulf coast last for months already. The authorities prefer to talk about clashes with gangsters and smugglers, but few doubt that it goes about a large-scale war against organized groups that became a lot more active after the execution of Shiite preacher Nimra al-Nimra last year.

For the time being, Saudi Arabia has no reason to hope for tensions in the east of the country to decrease. The escalation of the conflict with Qatar and the confrontation with Iran suggests otherwise.

Most importantly, Saudi Arabia has no one to rely on. Its long-time strategic ally – the USA – does not demonstrate determination to protect the interests of the royal family and guarantee its stability and inviolability.