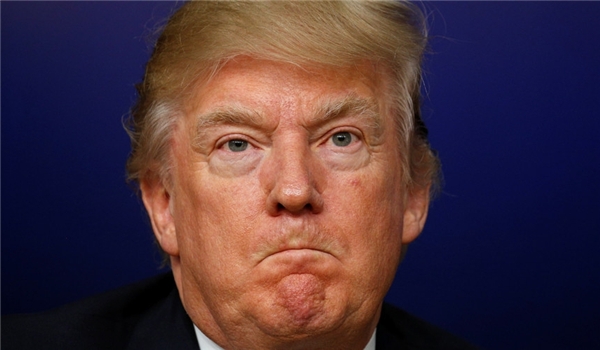 In an interview with Fox News’s “The Story,” Sullivan said, “[I]f one of the military options that the administration is looking at is a preemptive war on the Korean peninsula launched by the United States, that would require the authorization of Congress.”

“Article I of the US Constitution is very clear about that,” he added.

However, he stressed that Trump would have more leeway to responsd if the North attacks first.

“Obviously, as the commander in chief, the president can react to attacks on the country in a way that he has broader authority on that. I was mentioning the discussions of a preemptive war on the peninsula, that clearly goes in the realm of the authorization of Congress,” he said.

Trump’s provocative remarks triggered reactions from other lawmakers too, who all said they were opposed to such a move.

“Isolating the North Koreans has not halted their pursuit of nuclear weapons,” Senator Dianne Feinstein of California and the ranking member of the Senate Intelligence Committee said, adding that “and President Trump is not helping the situation with his bombastic comments.”

Also, Eliot Engel, the top Democrat on the House Foreign Affairs Committee, described Trump’s comments as “an absurd red line,” noting that the latest pledge to punish Pyongyang could weaken the US credibility.

On Tuesday, Trump said, “North Korea best not make any more threats to the United States,” after North Korea warned it will teach the US a “severe lesson” with its nuclear weapons if Washington would dare to opt for military action against Pyongyang.

Following Trump’s inflammatory remarks, North Korea said it was “carefully examining” a plan to strike the American Pacific territory of Guam with missiles.

Tensions have been rising between the two countries over Pyongyang’s recent missile tests. Since early July, the North has tested two intercontinental ballistic missiles (ICBM), which it says can hit the US mainland.