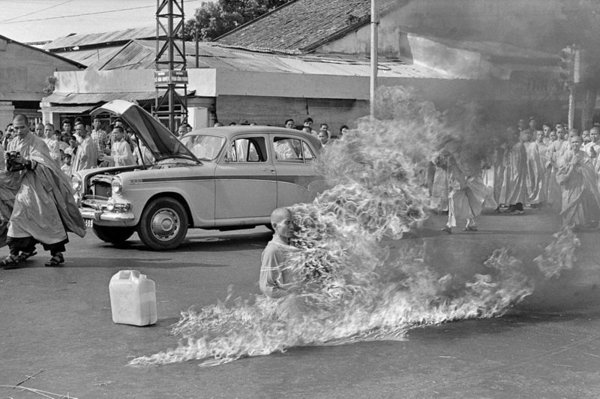 People around the world responded positively to candidate Donald Trump’s promises to end US foreign involvements, regime changing, interference in other countries, and to improve relations with Russia. US citizens also responded positively, electing him by a landslide.

Never mind the popular vote, as anyone with more than one brain cell knows that poorly attended Hillary rallies did not produce a big popular vote, there was massive fraud, and Democrats are still scratching their heads wondering why this fraud did not put them over the top with the worst candidate in the history of the country.

Forget, also, that it’s easy to blame Russia for Hillary’s loss since Democrats are hiding everything: their servers, their phones, their laptops, their emails. Smash, wipe clean, destroy. Such a massive cover up can only tell the thinking person that they are hiding something huge and monstrous. Does your average US citizen still possess the ability to think or doubt the nonsense they are being fed? I wonder. Old Joseph Goebbels must be spinning in his grave at hypersonic Mach 6 observing the success of US presstitute media.

Since Trump’s election, the swamp at the top has gone full psychotic to the point of bringing us closer to nuclear war than during the tensest moments of the Cold War during Soviet days. Back then it was not a crime to talk to Russians. In fact, it was absolutely essential. Many near misses happened and were only avoided by communication. Talking is why we are still here. But the psychos in the US believe that talking is treason, talking is a crime.

What’s going on with these witch hunts against Trump clearly demonstrates that the US has totally and completely become a totalitarian fascist police state. It is the lunatics running the asylum. This witch hunt aims to push Trump into giving the deep state non-elites (I refuse to call “human” shit elites) the war they planned by electing Hillary Clinton.

Oh my, you talked to the Russians. Your people talked to the Russians. You dared to speak to Vladimir Putin. You dared to acknowledge his presence at the table with other leaders. Diplomacy = treason. How horrible you are, you’re a traitor. You need to be impeached because those working with you want to improve relations between nuclear powers. Never mind that for decades, US politicians of all kind spoke to Rusians to keep the world safe from war.

Now the matter of this scoundrel, the US Special Prosecutor Robert Mueller. A quote from Fox: “Of the 15 attorneys currently on staff for Mueller, at least seven have donated to Democratic candidates and campaigns, including Trump’s 2016 rival Hillary Clinton. The rest have not made political donations, according to federal records; and none of the attorneys on Mueller’s roster donated money to Trump.”

He also has the notorious history of promoting the BIG LIE against Iraq and perjured himself before Congress:

Don’t be surprised if Trump is the next victim of his egregious skullduggery and perjury, as he did to Saddam Hussein and Iraq. And yet you have people making all kinds of threats about impeachment, a coup etc. if Mueller is removed from a position he has no business being in. No one is less impartial than this tool of the establishment. An example of how the US has become a totalitarian, fascist police state. The McCarthy era reincarnated.

Wake up citizens of the US! You never had a serious war on your territory and you have no clue how the people who really run the country are dead set on killing you! The same people who have hijacked the US government are planning a New World Odor where the country’s sovereignty will be sold out. The Democratic Party is the war party, the globalist party, the Wall Street bankers’ party, the furthest thing from claims of being “progressive.”

Look at what your country is doing around the world. Obama out-Bushed Bush, expanding US foreign wars from 2 to 7, dropping over 26,000 bombs on people who were no threat to you. Your military is NOT defending freedom or demnocracy. It is making banks and corporations, oil companies and weapons manufacturers filthy rich, while your lives get worse and worse. The infrastructure is crumbling. The dollar is set for demise in the very near future.

Police killings of innocent citizens is at unprecedented levels, they have become completely militarized and think nothing of “kicking your asses” or killing you. Beware! They make the Nazi Gestapo look like altar boys. Prisons, no one in the entire world matches the US incarceration rate.

Your worker rights are being taken away, your health care system is the worst among developed nations. You have an unprecented amount of people homeless. Your cost of living payments are shameful and small while the rich enjoy giving themselves huge paybacks from your uninformed compliance and hard work. You tax dollars are going to ISIS and other terrorists in order to overthrow governments, especially in Syria.

Take back your government. Let Trump do what he promised to do

Due to the pressure being exerted on him to distance himself from his previous peaceful gestures to Russia and the world, he now threatens the DPRK with “fire and fury like the world has never seen.” Well, folks, we have been given many examples in the past of US fire and fury: Hiroshima and Nagasaki nuclear terrorist attacks, shock and awe, Dresden fire bombing, Tokyo fire bombing. Isn’t it fun to kill civilians? Syria is well acquainted with your fire and fury as chemical weapons, i.e. white phosphorous, was used and killed many civilians. Again, the US is destroying the environment with depleted uranium.

Think before telling your President, “nuke ’em” and “wipe them off the map.” That makes you much worse than Nazis! I am sick of seeing Americans saying that. How stupid you have become.

A little history lesson about the country Korea

The US completely destroyed the place and killed over 2 million Koreans when Koreans fought and got rid of Japanese invaders and finally got independence. The US would not stand for Korean independence. They even had the nerve to try and restore Japanese war criminals to run the place. The US dropped more bombs on Korea than the entire Pacific theater during World War 2.

The US destroyed their independence and they have every right to defend themselves.

They want the US to stop threatening them all the time and to get out of their country. Before the war, Korea was always ONE nation, not forcibly divided by US interference. This is their country, leave them alone to solve their problems and improve their lives.

Stop dictating and talking AT them and talk TO them. Russia does it right: diplomacy and talking, not deployment and destruction. Korean fears are justified. Look at the what the US is doing to all those countries who cannot defend themselves. Libya is a prime example of the folly of giving up a nuclear program. The US destroyed the place with bombs and terrorists.

Why should DPRK think they would be treated any differently????

Get the lunatics under control or suffer the consequences. It may already be too late to stop them from destroying all of civilization, all life on Earth, including those precious furry four-legged creatures. Hoping to see you in this space, one year or even one month from now. Or will there be no life on planet Earth besides cockroaches?