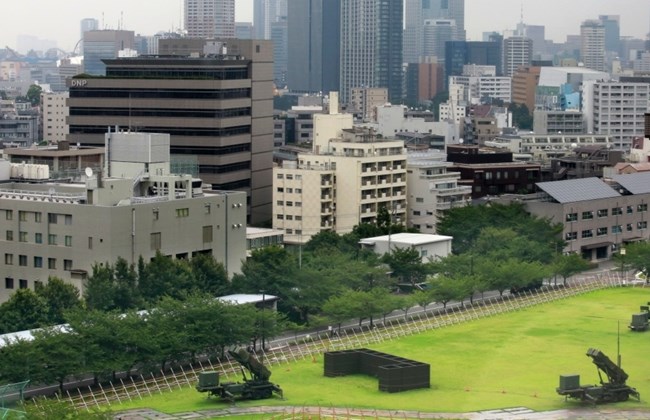 Japan deployed its Patriot missile defence system on Saturday after North Korea threatened to fire ballistic missiles over the country towards the U.S. Pacific territory of Guam, local officials and reports said.

Regional tensions are mounting as Washington and Pyongyang ratchet up their war of words, with President Donald Trump warning Pyongyang would “truly regret” any hostile action against the U.S.

Japan has in the past vowed to shoot down North Korean missiles or rockets that threaten to hit its territory.

The defence ministry deployed the Patriot Advanced Capability-3 (PAC-3) system in Shimane, Hiroshima and Kochi in western Japan, which North Korea had warned could be along its missiles’ flight path, public broadcaster NHK and Kyodo News said.

It also deployed the anti-missile system in neighbouring Ehime, according to the reports, while the Asahi Shimbun said one maritime Self-Defence Force Aegis destroyer was stationed in the Sea of Japan (East Sea) to shoot down airborne missiles.

Television footage showed military vehicles carrying launchers and other equipment for the surface-to-air system entering a Japanese base in Kochi before dawn.

Immediate confirmation from the defence ministry was not available but an official at the crisis management office of the Kochi prefectural government said the PAC-3 had been deployed.

“While standing by 24 hours in preparation for a launch, we are calling on our residents to be on alert in case we issue emergency information,” Makoto Ebuchi added.

Yoshihide Suga, Japan’s chief government spokesman, said earlier this week that Tokyo “can never tolerate” provocations from North Korea and the country’s military, will “take necessary measures” to protect itself.

“I will do my best to secure our people’s lives and property,” Abe said without elaboration.

Japan has deployed the missile interceptors in the past ahead of other North Korean launches but has never actually shot anything down.

At the time North Korea said it was launching a telecommunications satellite, but Washington, Seoul and Tokyo believed Pyongyang was testing an intercontinental ballistic missile.

On Friday, President Donald Trump urged North Korean leader Kim Jong-Un not to take any action against the U.S., its territories including Guam or its allies, warning he would regret such a move – and “regret it fast.”