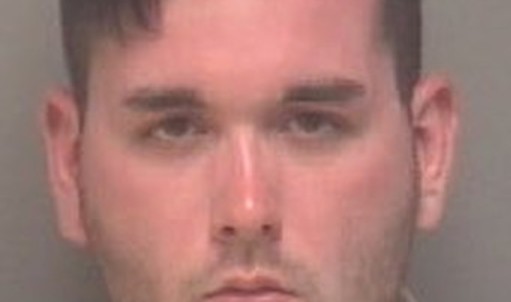 Editor’s note:  I live in Maumee, actually Springfield Township.  Nobody admits to living in Maumee anymore though Fields is from Monclova.  For me this is where I take my nightly motorcycle runs, out to Waterville or Grand Rapids, and back along the Maumee River through Perrysburg or Rossford.  Once you get into Monclova or into Perrysburg, you are in Klan territory.

How we are really seeing it is at every traffic light.  People simply run the lights now.  Two extra cars sneak past during every left turn light, nothing like we used to see in South Florida where New Yorkers during “season” simply pigged through entire lights.  Funny about this tie in, but answering racism with more of the same is improper I guess, no matter how correct it might be.
It is all about exceptionalism and entitlement.

On the interstate, signaling to change lanes is all done as is looking first.  Trumplets simply pray to god and yank the steering wheel.

Littering is a Trumplet thing as well, every car window is a waste disposal orifice.

This isn’t the white trash one might expect, this  is the white america of penny loafers and bad haircuts, outlet mall shopping elites.  This is the product of public education and the decline of america’s universities.

This is Fox News as well.

and this is megachurches, where hate really comes from.

Perhaps the killing is really going to have to begin.  I’ve seen killing up front and personal, of late as a journalist.  American’s may well need a taste of what they have given the rest of the world in order to come to their senses.
There is too much patience here with Trump and the phony military types of the Pentagon and their Tel Aviv masters.

Time we put an end to many things and really saved America.  Coddling the alt-right and their police friends should come to an end.  Just a thought.  Maybe if we get more Hillary emails and bomb one of the Koreas, I don’t really care which one, it will all go away.

Russia Today: Police have identified James Alex Fields as the driver of the car that smashed into a crowd of anti-fascist protesters and another vehicle during Charlottesville rallies. Fields faces second degree murder charges for killing a woman and injuring 19 other people.

The 20-year-old man was taken into custody following the deadly crash on Saturday afternoon. The suspect has been charged with one count of second degree murder, three counts of malicious wounding and one count of failure to prevent a hit-and-run incident.

Although police have not disclosed any details concerning the prime suspect’s identity, media reported that he was the owner of the grey Dodge Challenger, a vehicle that was filmed by the witnesses speeding up and plowing into the crowd of anti-fascist protesters who flocked to downtown Charlottesville on Saturday to oppose a large far-right rally there.

Albemarle-Charlottesville Regional Jail Superintendent Martin Kumer told the media that the man was refused bail and is due to appear before Charlottesville General District Court on Monday.

Fields is said to be a resident of Maumee, a suburb with 14,000 inhabitants in Lucas County, Ohio, some 10 miles southwest of Toledo.

A car certificate leaked to the media shows that James Alex Fields, Jr. has been owner of the vehicle since March 2016.

There have also been unconfirmed reports in the media that Fields was a US Army serviceman for a brief period in 2015.

Images shared by the Anti-Defamation League (ADL) purportedly show the suspect among the members of Vanguard America, a white nationalist organization based in Charlottesville.

James Alex Fields seems affiliated w/ Vanguard America. Why else would he hold their shield in #Chalottesville? https://t.co/HNloF8Btnfpic.twitter.com/a7vxZsiLKt

However, the group denied Fields’ membership in a statement, saying that the shields and white shirts “do not denote the membership.”

An official statement regarding today’s incidents and the individual in question. pic.twitter.com/wBaERomHEZ

The mother of the suspect, Samantha Bloom, came forward and spoke to the media, saying that she knew her son was going to the rally in Charlottesville.

She added that she had urged him to be “careful” and rally peacefully in a brief interview with The Blade, a local Toledo, Ohio newspaper. The woman, who lives separately from her son, said she thought that the rally “had something to do with Trump.”

A 32-year-old woman was killed in the collision while crossing the road, while 19 other people were injured, five critically.

The people on the scene were reportedly taking part in the anti-fascist demonstration against the “Unite the Right” rally of “alt-Right” protesters, including the white nationalists.

Saturday’s Unite the Right demonstration was greenlighted by the authorities as a rally against the removal of confederate general Robert E. Lee monument from a local park. However, tensions flared up quickly after counter-protesters faced off with the far-right crowd.

US President Donald Trump condemned the violence, saying that “the hate and the division must stop right now,” while seemingly holding “many sides” responsible for the violence. Meanwhile, Virginia State Governor Terry R. McAuliffe put the blame on “white supremacists” and “Nazis” for provoking the unrest.

“Our message is plain and simple: Go home. You are not wanted in this great Commonwealth. Shame on you,” McAuliffe told a press conference on Saturday.

Three people were arrested and charged with various minor offenses late Saturday evening in connection with the Charlottesville clashes.

Troy Dungigan, 21, from Tennessee, was placed in custody and charged with disorderly conduct. Another young man, Jacob L. Smith, also 21, from Virginia, faces misdemeanor assault and battery charges. James M. O’Brien, 44, a resident of Florida, was arrested for carrying a concealed weapon, Virginia State Police said in a statement.

Russian citizens have been advised to stay away from Charlottesville until order in the city is completely restored and the state of emergency introduced in the wake of the clashes lifted, the Russian Embassy in Washington said in an warning issued late on Saturday.