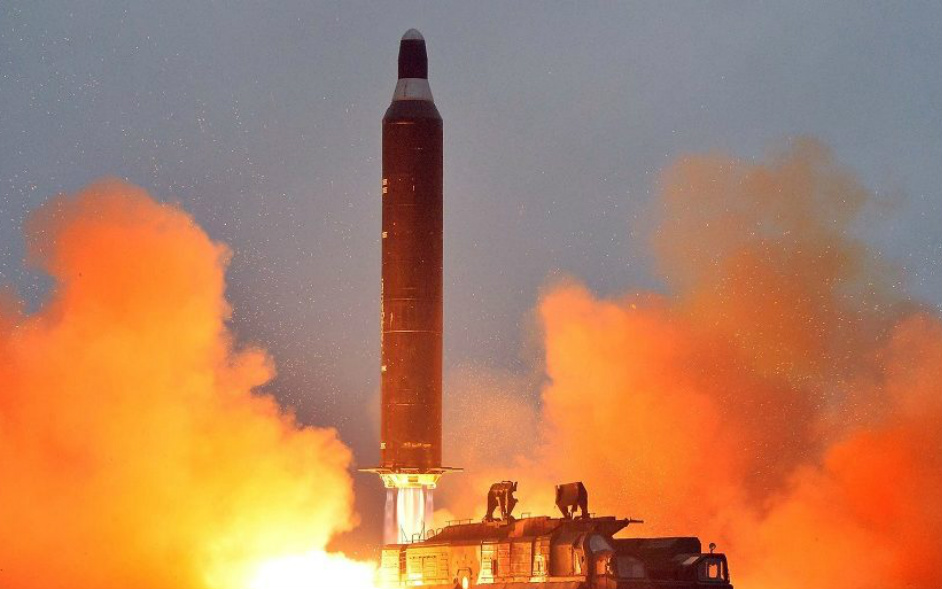 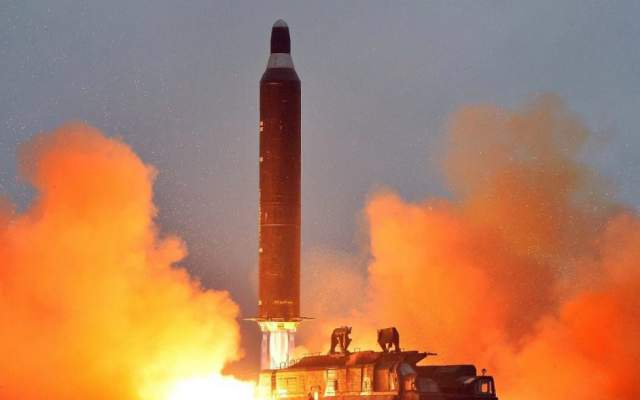 [DISCLAIMER: The views of the author do not necessarily represent those of Veterans Today, however we publish them in the interests of free speech.]

It’s a crisis, folks, but it’s not serious. The good news is that there is unlikely to be a war, and if there is a war, it’s unlikely to be nuclear. If there is a nuclear war, it will only be a small one, as the Chinese will be staying out, and frying North Korea won’t take long.

The CIA are playing silly buggers again, politicising their intelligence. The State Department and CIA don’t want to rein in North Korea and are keen to carry on the with the failed sanctions policy. It’s a rare failed policy that won’t attract State and CIA support, no offense intended.

In the case of the USSR, it suited the CIA to produce exaggerated assessments of the Bad Guys’ nuclear and conventional capabilities. This was partly due to State’s instinctive desire to appease dictatorships and partly due to German penetration of the Agency.

With Iran it was the other way round: CIA and State were anxious to strike a deal, so it suited them to downplay Iran’s possession of nuclear weapons and overlook the assassination of Dr David Kelly. David was on his way to Israel to warn those nice people the Mossad about the black Franco-German shipments of hot plute to Bandar Abbas.

Even now the CIA are lying to the White House about Iran’s nuclear program. They know full well that Iran has at least 30 plutonium-cored nukes.
I gather that Langley are having a hissy-fit over the President’s rejection of their intelligence assessments over Russia, which very frankly are junk. A key part of the CIA’s bogus assessment, the claim that Russia hacked the DNC, has been fact-checked. Only this week a group of former intelligence officers has debunked the claim, after expert forensic analysis. 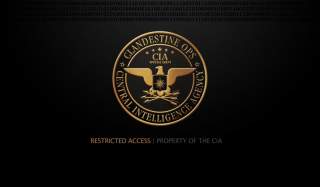 Very few conservatives trust the CIA any more. The President has no intelligence experience but massive business experience, more than any previous president of the United States. A large chunk of business talk is bullshit, sadly – false or exaggerated claims are made every day of the week.

I am quite sure that the President can smell bullshit a mile off. He may not know the true nuclear capabilities of North Korea but he will know that what’s coming out of Langley is complete crap, no offense intended. My advice to the boys that is that if they want their intelligence assessments to be taken seriously again they should stop lying. After a few decades conservatives might start trusting them again.

Unlike liberals, conservatives place huge store on good faith, particularly on the part of officials. We believe deeply that countries should be justly governed in good faith in the interests of their inhabitants.

This has led countless conservative governments in the democracies into trouble, as German-penetrated bureaucracies lied to elected governments. There are numerous examples. Sometimes the lies are spotted, such as the absurd attempt by the corrupt Cabinet Secretary Maurice Hankey in World War 1 to help the Imperial German Navy sink our ships by including Isle of Wight ferries in the list of arrivals at British ports, in a pathetic attempt to thwart the Admiralty over convoys.

Other lies, such as global warming, take longer to spot, and some are never picked up by politicians at all. The counterpart of conservatives’ naïve willingness to trust officials and intelligence agencies is that when that trust is betrayed the damage to credibility is long term.

The CIA’s obsessive destabilisation campaign against Trump is costing them dear. I imagine that their fake estimates of North Korea’s nuclear program are going straight into the circular file in the Oval Office.

Not the least egregious aspect of the CIA’s dishonesty over North Korea’s nuclear program is their continued cover-up of the transfer of two (at least) of the ARMSCOR-type fission warheads from South Africa to North Korea. The CIA have been aware of the six missing Apartheid-era nukes for over two decades. They are said to have supervised the dismantling of three of them.

Two at least of the remaining three were detonated by Pyongyang. Radioactive decay, the age of the warheads and the lack of servicing explain the failure, or comparative failure, of these tests. MI6 are also keen to cover up the transfer of these warheads, as they had British casings. That’s because apartheid South Africa’s primary nuclear delivery system was a British aircraft, the dear old Blackburn Buccaneer, which had a narrow rotary bomb-bay. The cradles which were used to slide them into shipping containers were designed by a British engineering firm. The designer is still alive, at least he was the last time he rang me.

These warheads caused the then Treasurer of the Tory Party serious grief when they ended up in Iraq. As a British 4-star quietly confirmed to me over a drinkies in Westminster the SBS (not SAS – the guy in charge was an admiral and didn’t want brown jobs on the show) tried and failed to intercept three of these warheads when they went over the Iraqi/Syrian frontier just before the Iraq War, concealed in three Red Crescent ambulances.

The Tory Party Treasurer, happily now dead, was in on a £17.8 million bung for party funds, arranged by a pro-EU MP. Another pro-EU MP had a heart attack when he heard the news and nearly snuffed it, poor chap.

North Korea’s aggression against South Korea in 1950 was organised by the DVD, who supplied the fighter pilots for the North Korean Mig-15s, led by Generalmajor Adolf Galland. Both British Naval Intelligence and ONI confirmed this in the Korean War, after which intelligence of the involvement of German pilots was buried deep. Not so deep that I didn’t find it, but fairly deep nonetheless.

The Korean nuclear program is really a German program – the North Koreans don’t have the resources on to design and build their own nukes.

International law is clear. An attack by WMDs justifies a response using WMDs, including nuclear weapons. A conventional attack does not. A state under imminent threat of attack may itself commence hostilities, as Israel sensibly did in 1967.

No one would seriously argue that the attacks on Hiroshima and Nagasaki were unlawful, indeed Japan was armed with her own WMDs (biological weapons) and tried to attack the US Coast with them in 1945, using aircraft launched from long-range submarines.

There was then no law specifically covering the use of nuclear weapons. There is now. President Trump would only be justified in sanctioning the use of America’s nuclear arsenal if Kim Jong-Un used nukes first, or was about to, directed at US soil, including Guam, or a US ally, such as Japan.

The same applies to Japan, although they pretend not to have nukes. If Kim goes for a conventional assault on Guam, then the right response is to declare war and wage it with conventional weapons only.

However it doesn’t appear that Kim wants to attack Guam, which would trigger war, assuming that State doesn’t get its way and the US response is watered down to a futile cruise missile strike like the one on Syria. The State Department loves futile gestures! The more futile the better.

Speaking of futile gestures, the State Department, and weanies in Washington generally, love sanctions. They rarely achieve anything, but they look good and allow you to claim that you’re actually doing something. They’re the sort of thing the Obama Administration went for.

In respect of North Korea however, sanctions have just been a pointless PR exercise. That’s because of China, which works hand in glove with the DVD and supports Kim.

President Trump is right to be angry with Peking. They have failed utterly to control their client in Pyongyang. China is highly unlikely to be dragged into a war, as the US is highly unlikely to attack first, but Peking may find that after this crisis the Trump Administration are less keen to continue subsidising China’s economy and exporting American jobs. 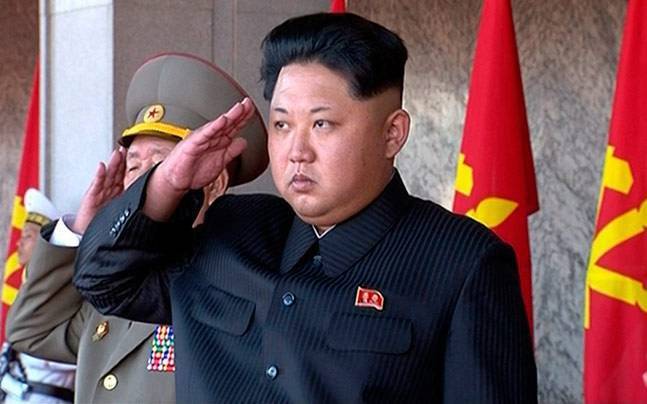 North Korea is an aggressor state, which started the Korean War. She has a history of aggressive conduct and 8,000 tube artillery pieces (allegedly) within range of Seoul (although their ammunition state may be another matter altogether). She may therefore attack Guam, which she can certainly hit, but I think it’s unlikely.

America has a strong president. Although Kim will have been encouraged by the CIA and FBI campaign against the White House, and the antics of Robert Mueller over at Justice, Donald J. Trump is still a strong president. This is even without the support of the CIA and the presence of rubbish like Mueller, no offense intended, in the corrupt and treacherous federal bureaucracy.

President Trump’s strong response to North Korean threats this week has made war less, not more likely. I suspect that the North Koreans will limit themselves to firing a few missiles in the general direction of Guam, but falling well short.

The mess left by the German asset ‘von’ Eisenhower in 1953 will continue to go unresolved. Thanks to the weakness of the Obama Administration North Korea has been allowed to acquire and build nukes, with German and possibly Chinese technical assistance.

In the long run Peking and Pyongyang are going to have to be given a good smack, but preferably not with nuclear weapons. They tend to be noisy, smelly and go off with a big bang.

What a shame it couldn’t have been Kim Jong-Un! Glen Campbell last week disproved the old rostrum that only the good die young.

His was a sad loss: he was one of the greatest country and western singers of all time. I’ve loved his music for over 40 years.

He was also a truly nice man, by all accounts, very modest about his wonderful talents (perhaps that’s why I liked him!). I doubt we’ll see another country and western singer like him. More than anyone else he took a mid-western American genre and gave it to the world. Good on him. 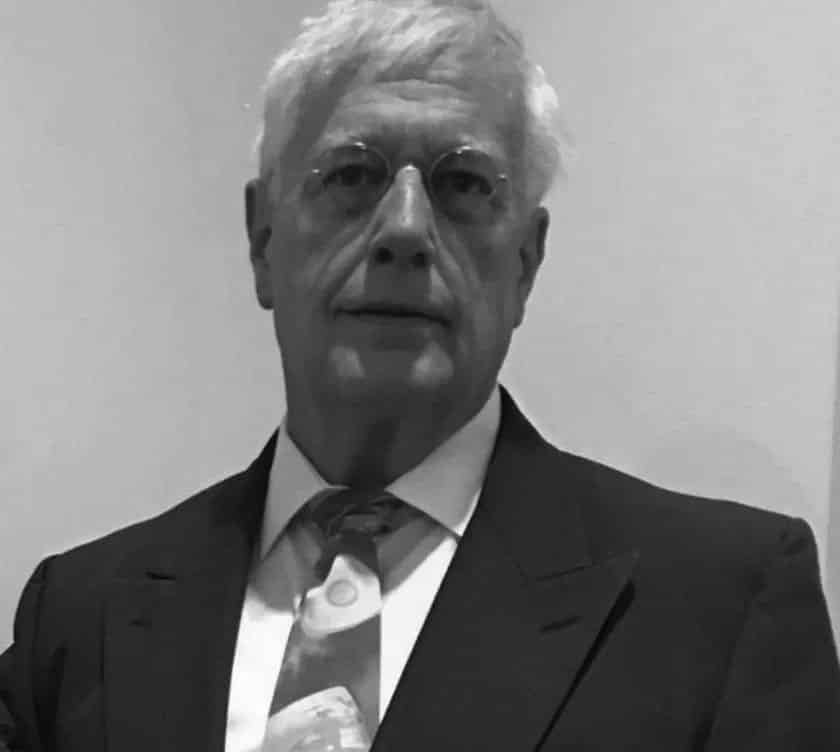