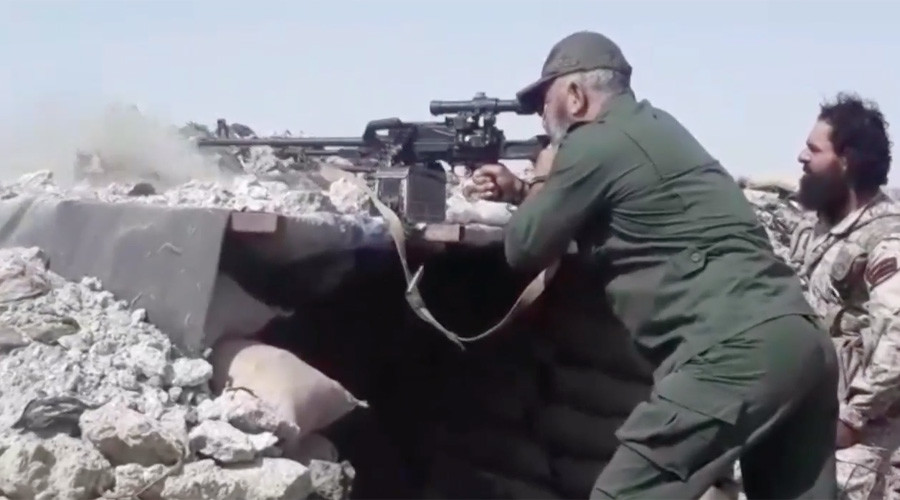 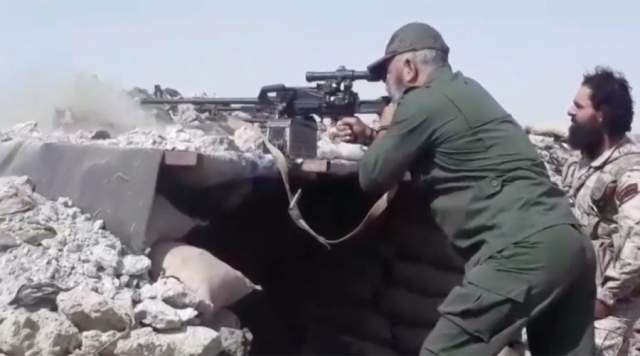 If the Syrian army wins the battle for Deir ez-Zor, it would be a hugely significant achievement, experts say. However, Israel and Saudi Arabia may try to prevent that from happening as the region is part the so-called ‘Shia Crescent’, they add.

The Syrian army has been stepping up its efforts to break Islamic State’s (IS, formerly ISIS) siege of the city of Deir ez-Zor in eastern Syria. RT’s Ruptly video agency obtained exclusive video of the offensive.

The Syrian army has been under siege in a tiny portion of the city for almost three years, and terrorist forces still surround the city.

However, the Syrian army “has gained a lot of ground in the past few weeks from different axis toward the city of Deir ez-Zor,” says the Ammar Waqqaf, Director of the Gnosos think tank.

“Once they secure the main or the last stronghold before Deir ez-Zor, which is the town of Al-Sukhnah, it should be an easier ride toward Deir ez-Zor. Perhaps in the next few weeks, that would be a tangible objective to see it happen,” he told RT.

If the Syrian army succeeds, it would be a significant development for the war overall, he says.

“We need to understand that unlike previous operations, where the Syrian army liberated certain areas, where in most of the cases there were like a military garrison that held out against terrorists and rebels and what have you. This time around we’re talking about 200,000 or so civilians that are entrapped and have refused to submit to ISIS. [They] are in a sort of unison with the Syrian army. If they are liberated, …this would be a huge psychological advantage to the Syrian government,” Waqqaf says.

Ali Rizk, a contributor to Al-Monitor, says that “it’s definitely feasible” for the Syrian army to break the siege.

“The Syrian army has made important advances toward that city, particularly from the outskirts of Raqqa. I think you have to take few elements into consideration. The ceasefire agreement, which was reached between Russia, the US and Jordan in Southwestern Syria …has basically freed up more of Syria’s military to go ahead and launch this attempt to break the siege on Deir ez-Zor,” he told RT.

“Another important element, when we talk about Deir ez-Zor militarily is that it’s mostly a desert area. In desert areas usually air force power has a bigger say in deciding battles, contrary to mountainous regions where maybe militants can hide in caves or elsewhere,” Rizk added.

Another factor that made it possible for the Syrian army “to achieve some kind of a victory in in Deir ez-Zor” is the low morale of ISIS fighters because of their defeats in Syria and Iraq, Rizk said.

This victory would be “huge” for several reasons. Firstly, because it’s the second biggest province in Syria; secondly, it’s an area that links Iraq to Syria, Rizk said.

“When we talk about this, what comes to mind is what the Israelis and Saudis like to call the Shia Crescent or the land bridge linking Tehran to Beirut because Deir ez-Zor would be decisive in that land bridge,” he explained.

And that, according to Rizk, may prompt Israel and Saudi Arabia to try and prevent this from happening.

“I think that more and more likely the Syrian army will achieve victory in Deir ez-Zor, the more and more likely you might see Israel and Saudi Arabia – two of the main American allies in the region – trying to abstract or prevent such a scenario from being fulfilled, perhaps maybe by pushing the Trump administration into more intervention to prevent or to stop the Syrian army from taking Deir ez-Zor. So Deir ez-Zor is important Syria-wise, but it is also very important regionally-wise, as well,” he said.