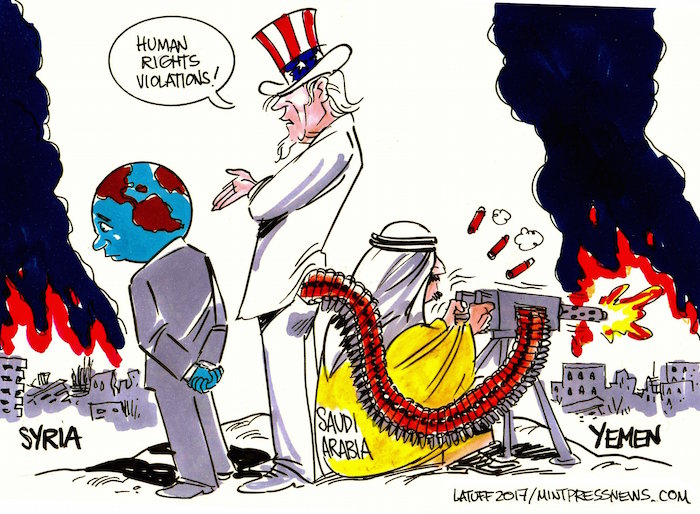 It has been months since the people in Saudi Arabia’s Shia-dominated Eastern Province began to suffer a campaign of aggression as the House of Saud claim they are fighting terrorists there.

Citizens of the town of Awamiyah, which has recently been the scene of an escalated crackdown and destruction, say the regime’s target is activists such as the executed Sheikh Nimr al-Nimr who dare speak out.

Another justification by the Saudi regime for the demolition in Awamiyah is that this is a renovation of a 400-year-old neighborhood, which residents say would be an attempt by the Saudi rulers to wipe out heritage, implementing demographic changes to the most oil-rich region in the kingdom.

The West, meanwhile, continues to endure the shame of revelations that its supplied weapons are used to suppress Shia citizens of the kingdom.

Following is a synopsis of an interview Press TV has conducted with Kevin Barrett, an author and political commentator in Madison, Wisconsin, and Jihad Mouracadeh, a Middle East expert from Beirut, to shed more light on the tragic events affecting the kingdom’s Eastern Province, which has long been a center of protest against rights abuses by the royals.

Touching on the Saudi rulers’ claim that Awamiyah is a terrorist hideout, Barrett said the town is the home of communities with a historic identity “supporting reform, more democracy and autonomy for the people living in that area willing to democratize their country.”

The commentator said the kingdom’s approach towards destroying historic districts of its own cities was abnormal, arguing that the “Saudi regime had been doing very little right ever since it existed.”

To mention but a few Saudi crimes, Barrett referred to “pushing a genocide in Yemen that is lining up behind hardline genocide perpetrators of Israel, squandering their oil money based on the Western agenda to drive oil prices through the floor as part of the London, New York and Tel Aviv war on the independent nations of the world, namely Russia, Iran,” etc.

He added that the near colonial puppet regime’s misruling of Saudi Arabia has led to the people being fed up with all these wrong doings, looking for freedom. “So the regime is panicking” over instability rooted in its numerous campaigns of aggression inside and outside the kingdom, he concluded.

Mouracadeh, the other contributor to the program who did not approve of the citizens being oppressed in Eastern Province, said the “Saudi government is fighting a bunch of terrorists in the region.”

He further agreed on the fact that the Shia populated Eastern Province has witnessed protests against the House of Saud’s actions, but argued that “the rest of the population in Saudi Arabia are not in the same page as the Shia minority.”

However, reiterating the fact that there is diversity of viewpoints in Saudi Arabia, Barrett highlighted that “the majority of the people of Saudi Arabia of all different backgrounds, while they are not all united, agree on this: to modernize their society so the immense resources of this region are not  shipped out and sent to the West rather than benefiting the people of the Arabian peninsula.”

The expert said that “it should not be Saudi Arabia; it’s not the property of a particular crime family. Just as in the United States people would reject ‘Bushy America’ or ‘Trumpy America’; nobody in America wants to be owned by Bush or Trump, and nobody in the Arabian peninsula in their right mind wants to be owned by the most criminal family in that region.” 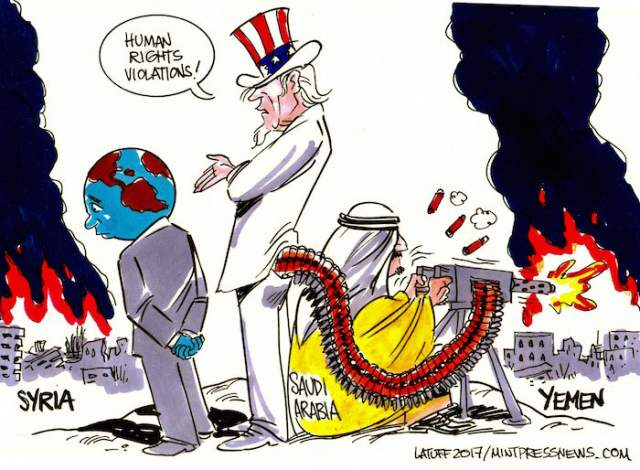