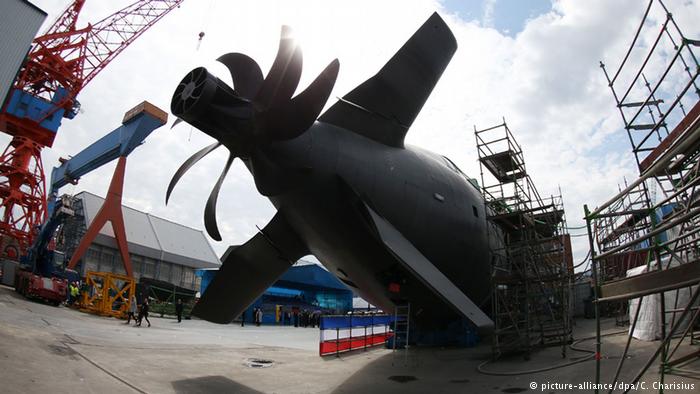 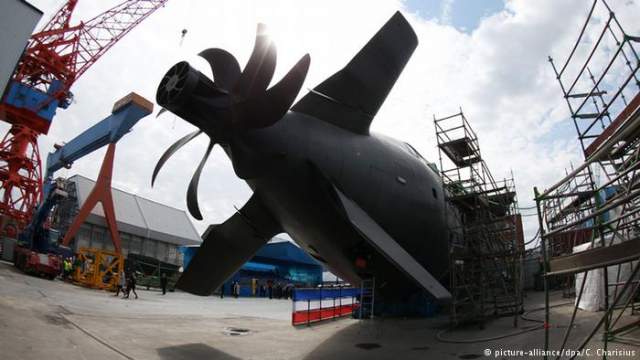 The German cruise missile Taurus KEPD-350 has a lot of demand in South Korea. The nearly 1,000-kilogram high-tech weapon made by an eponymous German firm, Taurus Systems, has a range of almost 500 kilometers. It has been specifically designed to penetrate highly capable air defense systems in low-altitude flight.

The weapon is capable of both hitting deep underground bunkers as well as destroying large surface areas. South Korea’s significance for Taurus, based in Germany’s Bavaria state, is seen by the fact that the company set up a representative office in Seoul in 2014. In October 2016, 177 cruise missiles were handed over by the firm to the South Koreans. The delivery of 90 more has already been decided.

But cruise missiles were only a part of the armaments bought by South Korea last year. In the first half of 2016, South Korean purchases of German military gear amounted to over 200 million euros, according to German government data.

The sales encompass a broad spectrum of weapons systems, including, but not limited to, submarine parts, combat ships, missiles, missile defense systems, rocket parts, components for combat tanks and armored howitzers. This meant that in the first half of 2016, South Korea was the fourth largest buyer of weapons made in Germany.

But this is not a one-off occurrence. In fact, South Korea has regularly figured among the top five destination countries of German armaments over the past several decades.

The biggest deals in recent years were struck in the years 2001 and 2008. At that time, South Korea acquired new submarines, frigates and combat ships made in Germany.

The Korean Peninsula is one of the world’s highly sensitive flashpoints. The situation there has become even more perilous over the past couple of years as North Korea has relentlessly advanced its nuclear and missile development programs, notwithstanding harsh criticisms, warnings and sanctions by the international community.

The fiery and bellicose rhetoric emanating from both Pyongyang and Washington over the past several weeks has increased worries of an open conflict breaking out on the Korean Peninsula. The US administration under President Donald Trump views North Korea’s nuclear program as the most urgent security threat facing the world.

Tensions and mistrust in Northeast Asia – among China, Japan and South Korea – are also on the rise. The complicated, interlinked security threats are not adequately dealt with by the security architecture currently in place. The countries have few communication channels to address the myriad of issues.

US Secretary of State Rex Tillerson confirmed Tuesday that North Korea test launched an intercontinental ballistic missile (ICBM) for the first time. Testing an ICBM marks a major military achievement for Pyongyang and a serious escalation of tensions with the United States and its allies in the region, particularly South Korea and Japan.

The sale of German weapons to South Korea is, however, unproblematic, according to Germany’s Federal Ministry of Economic Affairs and Energy (BMWi). When contacted, the ministry referred DW to the extensive catalog of laws and rules that regulate arms trade in Germany.

Germany’s constitution, the Basic Law, stipulates that weapons can only be produced, transported and sold with the approval of the federal government in Berlin. The ministry said that restrictions were particularly stringent when it came to exports of military gear to countries that are outside of the European Union and the North Atlantic Treaty Organization (NATO).

Each individual deal is thoroughly scrutinized, it noted. “No detailed information can be given on individual cases for reasons of constitutional protection of business and operational secrets.”

“Basically, armament exports to South Korea are lawful,” said Marius Bales, a political analyst working for the Bonn International Center for Conversion (BICC), a research institute. Since South Korea’s military dictatorship collapsed in 1988, the country has been a democratic state. The country has acceded to almost all international disarmament treaties. Human rights in the nation are guaranteed, with some restrictions. In the face of the threat from North Korea, no one will want to deny South Korea the right to self-defense.

However, the issue of weapons exports cannot be reduced solely to the legal dimension, argued Bales. “The people of Germany must be aware that German weapons are also part of the conflict.” Empirical studies have shown that the export of armaments to destitute regions is destabilizing, the expert noted. “And when an emergency occurs, these weapons will be used.”

Bales points to the case of Saudi Arabia. The Middle Eastern country has been supplied with German arms for decades without any qualms. But as the human rights situation and the Saudi-led military intervention in Yemen have gained worldwide attention over the past couple of years, weapons exports have turned into a political issue.

“We also have to ask ourselves: Where does this whole thing lead to?” Bales urged. Arms export approvals are granted in the present, but the situation can change in a while and then the weapons are readily available for use, he said.

The expert also stressed that the oft-suggested argument of deterrence was problematic. “The notorious logic of the Cold War only worked because the parties acted rationally to an extent.”

It is hard to count on North Korea’s reclusive regime, led by a dictator, Kim Jong Un, to act rationally in the event of a full-blown conflict. It’s equally difficult to predict how an impetuous US President Donald Trump would respond in case of a continuous escalation of tensions.

A comprehensive debate encompassing all these aspects has to take place in the German parliament as well as in wider society, said Bales. There is an array of reasons why such a discussion is currently not taking place in Germany.

One factor is that the exports are lawful, from a legal standpoint. Another is Germany’s longstanding defense relationship with South Korea, which dates back decades, said Bernhard Moltman, an analyst at the Peace Research Institute Frankfurt (PRIF).

“The motto is: we have already supplied South Korea with weapons before, so we can also supply them now,” he told DW.

Thirdly, both Bales and Moltmann point out that there are significant economic interests between Germany and South Korea.

“This is often the decisive factor when it comes to granting approvals, although the security policy should actually be the driving force behind these deals,” said Bales. 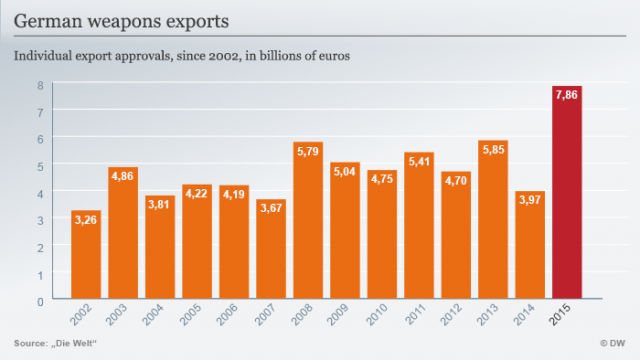