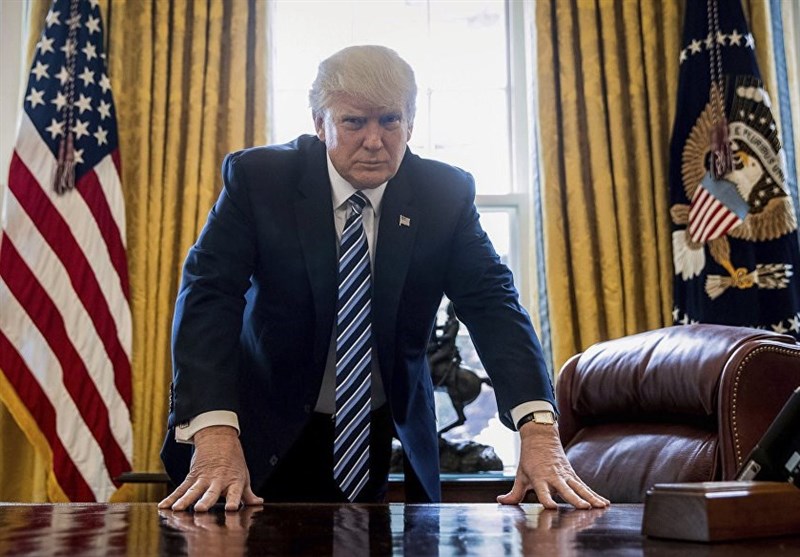 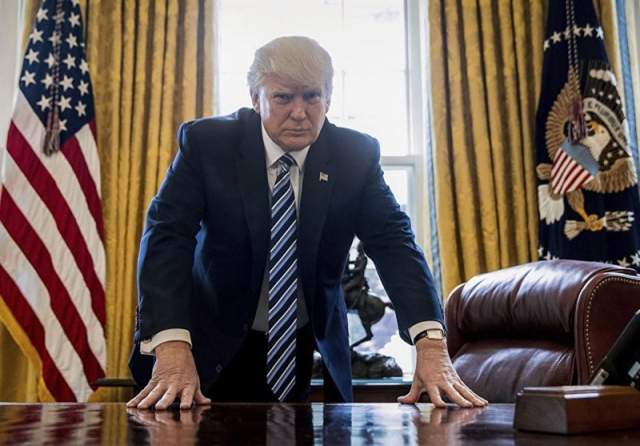 Protestors marched from Columbus Circle to Times Square in New York City, holding signs with messages like “No! The Trump/Pence Regime Must Go!” and “Make Racists Afraid Again…Smash White Supremacy!”

The crowd attempted to assemble outside Trump Tower in Manhattan, but police barricaded the street in front of the building. Some protestors had gathered out in front earlier but were forced to leave the area, according to amNY, The Hill reported.

Trump is expected to visit the location on Monday.

Protesters were also reportedly demanding “say her name,” about the victim, Heather Heyer, who died after a deadly car crash targeted counter-protesters in Charlottesville, Va. on Saturday.

In D.C., thousands of protestors gathered outside the White House before heading out on a march that lead them to the Trump International Hotel. The crowd yelled “shame, shame” as they stood outside the hotel.

Groups like Black Lives Matter were present at the demonstration, and demonstrators held signs that read “No Free Speech for Fascists.”

Solidarity gatherings were reportedly taking place at state capitols around the country on Sunday night, as well as in Charlottesville where a prayer vigil was scheduled for Heyer.

Trump is in the middle of a weeks-long stay at his New Jersey golf club that he has called a “working vacation.” The president is set to travel to Trump Tower in New York for the first time since taking office on Monday.

His response to the violence in Charlottesville was criticized by some on both the left and right who said he needed to condemn white supremacists and place the blame on far right groups for sparking the violence.

“We condemn in the strongest possible terms this egregious display of hatred, bigotry and violence on many sides — on many sides,” Trump said on Saturday.