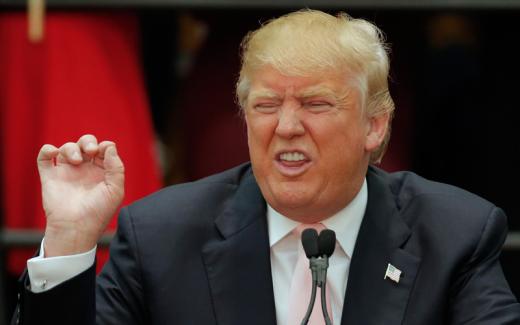 Once in the 1980s, a Middle Eastern Diplomatic asked a former CIA chief: Why do your intelligence missions around the world fail? He answered: Because no one knows about the ones we succeed in!

Just few days after US President Donald Trump left Saudi Arabia, a coordinated cyber attack against the Qatari News Agency and the emails of the Emirati Ambassador to Washington Youssef al-Oteiba, and Bahraini Foreign Minister Khaled bin Hamad Al Kahlifa took place. The attack focused on Qatar, as if the whole thing represented a scandals war that aimed at suspending ties with it, just like what really happened. Another goal was to close all aerial, naval and land crossings with its boycotting neighbors. Saudi Arabia sent the Prince of Qatar, through the Prince of Kuwait’s mediation, some ten humiliating conditions to pardon Tamim bin Hamad in person and return the relations to their normal conditions between Qatar and Saudi Arabia, United Arab Emirates, Bahrain and Egypt. Until now, Qatar has rejected because its liquefied gas carriers won’t be interrupted for there is a dire international need for it. Besides, Iran has provided Qatar with foodstuffs so it can face the Saudi starvation siege. However, the fact that Turkey is sending troops to Qatar indicates that everything has turned upside down between the Gulf Cooperation Council’s member states…

A lot has been said considering that the goal of Trump’s Riyadh visit is identified. Trump had frankly declared during his electoral campaign, and after arriving at the White House, that the Gulf States, enjoying US protection, have to pay money for it. In this regard, western media reported that the tariff will be a $1.5 Trillion divided equally between Saudi Arabia, the UAE and Qatar. Additionally, the three-dimension summits in Riyadh: the Islamic-American, Arab-American and Gulf-American, are not but a cover for the Trump deal. However, Qatar, which embraces the biggest US aerial base abroad, refused to pay its bill, in which the cyber war started. In less than 18 days after Trump’s visit, the lie of establishing an “Islamic NATO”, comprising of 38000 soldiers by 2018, evaporated. Serious speculations, rather, started to emerge saying the US base will be moved from Qatar to a state which is more voluntary to the US orders. Meanwhile, the Qatari dream to host the 2022 World Cup started to fade away as the FIFA doubted that it is able to succeed in organizing and containing the event after breaking the ties with its neighbors, which briefly means that there is a clear intention to blockade the emirate!

While waiting a “Gulf Wikleaks” that would deal with the secrets of the coordinated hacking that set the fire after Trump’s departure, whether the CIA made it or any other intelligence apparatus, the political Qatari circle comprising the ruling family is burning with a Saudi fire. The family is looking for a middle exit to refill the gap with Saudi Arabia, but it seems that the latter decided to go for a very tough battle!

The most important in this dangerous crisis is the bold US financial blackmailing of regimes that would sell their people for the sake of saving the family’s throne just like the Wahhabi regime in Saudi Arabia. Another significant issue is the billions of dollars spent by this ruling family to operate the US weapons manufacturing sector, which was pleased by Trump’s deals with Saudi Arabia, and silenced the US judiciary and the Congress, pleasing the “weapons lobby” and the major American companies through their fancy deals with Saudi Aramco. However, there is a mutual personal interest between the Saudi throne, which is shaking under King Salman and his son, Deputy Crown Prince Mohammad, and Trump, who is facing lawsuits questioning his performance, the last of which was by the Federal Bureau of Investigation (FBI).

Hence, the most important question is that why didn’t any of the 55 Muslim countries, hosted by Riyadh during the Trump summits, break their ties with Qatar? Here we note that the Emirates and Egypt have long been at odds with the Qatar-affiliated Muslim Brotherhood. Bahrain is at the service of Saudi orders, and Abd Rabbuh Mansour Hadi, the Yemeni President fleeing to Saudi Arabia doesn’t represent but himself. This means that the Saudi leadership of the Muslim world only succeeded in imposing breaking ties with extremely poor countries like Mauritius and the Comoros, and the Maldives whose hotels and resorts have been rented by King Salman once he was the crown prince in 2014 for $30 million to spend one week with his retinue. Princes of the Saudi ruling family are also trying to buy coral reefs in the Maldives for a deal that costs triple of this poor country’s economy. The Maldives opposition, however, rejected the deal threatening President Abdullah Yamin of protesting against King Salman who was willing to spend a vacation there in last March. The visit has been canceled indeed under a government pretext that there is flu among its people and that the government is keen on the safety of its guests!

Facing this Saudi hatred represented in abusing the Qataris and the reported confiscation of their properties in Saudi Arabia, ties have been completely broken between the two peoples. The exchange of fiery official statements between both countries indicates that the GCC turned to an insecure body. This council, established in the Emirates in 1981, didn’t achieve any of its unification, political and economic goals. This makes us recall the words of Sheikh Zayed bin Sultan who was asked at the end of the establishment conference about the solution for the disassembled Arab body, as saying: “The Arab body is like the sick camel; when you treat it it will die.” Therefore, we can assert now that Trump was very good at milking the Saudi cow and leaving the camel die…