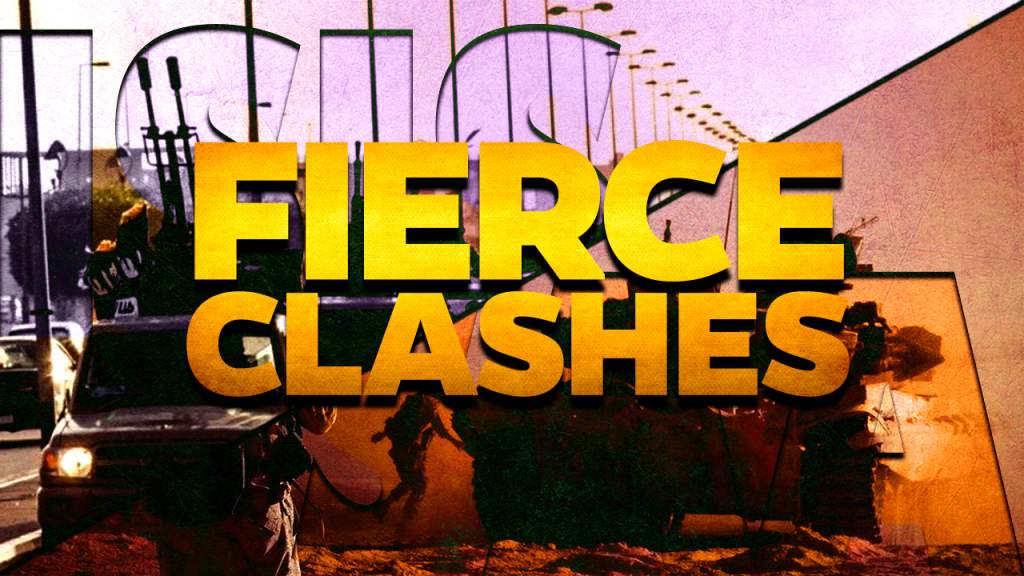 On Tuesday, ISIS fighters launched a large counter-attack against the Syrian Arab Army (SAA) and tribal forces west of the ISIS-held town of Maadan in the southern Raqqah countryside. According to reports, ISIS units entered the villages of al-Buhamad, Athshana, Salem Hamad and Ghanim Ali where heavy clashes erupted.

Initially some sources claimed that ISIS recaptured the villages from the SAA, but no photos or videos to confirm this were pprovided. In turn, pro-government sources denied claims about the ISIS advance.

On Wednesday, the clashes continued in the area west of Maadan. ISIS units were attempting to boost a buffer zone near the ISIS-held town.

Last weekend, the Syrian military shifted its military efforts from the southern Raqqah countryside to the province of Homs. The elite SAA Tiger Forces deployed for the advance along the Resafa-Sukhna road. ISIS decided to use it in order to improve its situation near the Euphrates River.

On Tuesday, Jaysh Usud al-Sharqiya downed a MiG-21 warplane belonging to the Syrian Arab Air Force in the Wadi Hamoud area near the border with Jordan. The plane was allegedly downed with a ZU-23-2 anti-aircraft mount. A pilot ejected from the plane but was captured by militants.

Hayat Tahrir al-Sham (formerly Jabhat al-Nusra, the Syrian branch of al-Qaeda) has announced a formation of the Hama Army, a new operation room that includes several units defected from Ahrar al-Sham, a unit from Jund al-Sham and another one from Ajnad al-Sham. The Hama Army pledged allegiance to Hayat Tahrir al-Sham (HTS) indicating the continuing collapse of any opposition to the al-Qaeda-linked group in the militant-held part of western Syria.

HTS is working to consolidate the power in Idlib in order to establish a unified political and military command over the rest of militant groups operating in the area. If this is done prior to the defeat of ISIS in central Syria, HTS-led forces will be able to delay significantly the SAA effort against ISIS with offensives on government held area in northern Hama, western Aleppo or at the Ithriyah-Aleppo highway. HTS’ aim is to prevent collapse of ISIS that would lead to the situation when the terrorist group and its allies could remain face to face with the Syrian-Iranian-Russian alliance in this part of Syria.

The similar strategy was repeatedly used during the previous years of the war when the so-called opposition was attacking the SAA in the most complicated moments of its operations against ISIS.