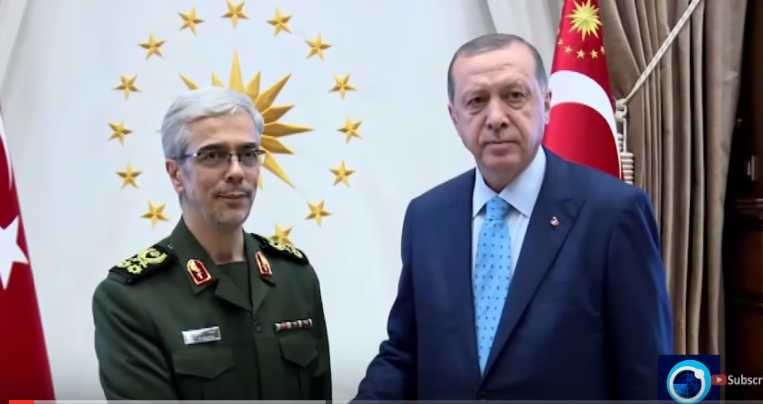 [ Note: A major realignment is taking place in the Mideast, and no one can really know how it will turn out. What we do know is that the US Coalition proxy terror war has boomeranged.

Despite only Iran publicly calling the US and its allies state sponsors of terror, which everyone in the Intel and diplomatic corps has known for a long time, the US occupies the top slot as a threat to regional stability, with little country-level condemnation.

The US’ pitiful attempt to tag Iran as the biggest terrorism supporter was an act of desperation, seeming to show that the only card it is holding is to lie its way out of acknowledging the disaster of our Mideast policy, let alone all the lives and livelihoods that have been cruelly destroyed – actions that we hanged Nazi generals for after WWII for “waging an aggressive war”.

Those events are vividly in my mind, as I am now making arrangements to bury my mother at Arlington National Cemetery, as she was the 16-year-old widow of SSgt Leon Miller, KIA June 20, 1944, during the largest loss of life on a Liberty ship during WWII – when the SS Paul Hamilton with over 500 troops and 6000 tons of explosives took an aerial torpedo and went up like an A-bomb.

For “more efficient” shipping, the issue of putting troops on explosives-laden, unarmored ships where one 50-cal. tracer could blow them all to smithereens was classified for 50 years. Only one body was ever recovered. This is the dark side of a government that will do anything to protect itself from the public knowing what it has done on things like this; and it is one of  the reasons why we continue to expose these horror stories at VT, and why we have a corporate media blackout. Our loyalties are with the folks –first and last.

Now that Turkey got the S-400 deal with Russia, and with the gas pipeline construction started, we are seeing Turkey position itself with one foot in NATO and the other with Russia and Iran in terms of its strategic alignment, and Turkey’s reversal of wanting to take down the Assad regime.

Erdogan can now see his former policy has also backfired on him, with a growing Kurdish threat from not only Syria, but Iraq, with the US supporting both Kurdish groups, as it is planning to replace the soon to be eliminated ISIS with the Kurds as its proxy destabilizing force.

Turkey’s aligning with Qatar against Saudi Arabia, even expediting a defense agreement with them and moving closer to Iran, is another flashing neon light for the dismal failure of US foreign policy, solely due to its aggressive and imperialist nature. But sadly, not enough Americans seem to understand the gravity of Deep State control over our government, and the contempt with which we are treated by our Congress that drops to its knees for the Israelis.

It is a disgrace beyond description, and time is running out for us to have any chance to turn things around. The current, newly manufactured threat of the Alt-Right in Charlottesville, Virginia, shows again how easily the majority of the US public can be distracted, while all the valuables are stolen out the back door… JD ]

The Chairman of Iran’s Joint Chiefs of Staff has held talks with the Turkish president.

The Iranian top commander earlier met with the Turkish defense minister. The two discussed bilateral defense ties, regional developments and the fight against terrorism. The top Iranian general said he discussed the Syria crisis during the three-day visit to Turkey.