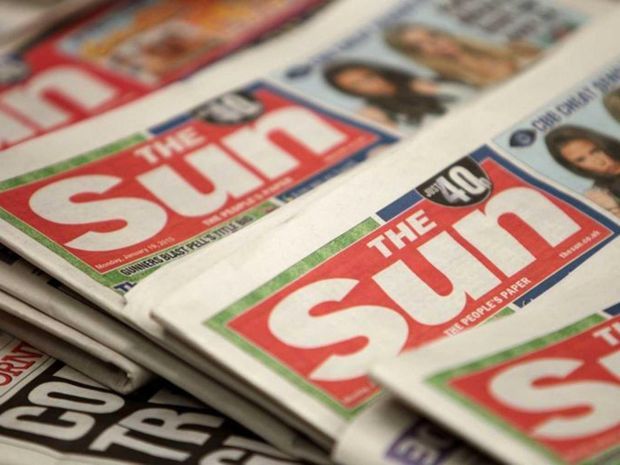 More than 100 cross-party politicians in Britain have signed an open letter demanding action over a column in The Sun for “using Nazi-like language” regarding the Muslim community in Britain.

In a scathing letter MPs from Labour, Conservatives, Liberal Democrats and the Green party unite to say they “were truly outraged by the hate and bigotry” in a comment piece written by the paper’s former political editor Trevor Kavanagh.

In the article Kavanagh argues Islam constitutes the “one unspoken fear” which unites Britain and wider Europe but claims the phenomenon has been suppressed by political correctness.

“Thanks to former equalities chief Trevor Phillips, and Labour MPs such as Rotherham’s Sarah Champion, it is acceptable to say Muslims are a specific rather than a cultural problem.”

He concludes his piece by asking: “What will we do about The Muslim Problem”.

The letter to The Sun’s editor – signed by 107 MPs – was organized by the Labour MP Naz Shah and includes prominent politicians, including former Cabinet ministers Baroness Warsi and Anna Soubry.

Although not appearing in the list of signatories, Labour leader Jeremy Corbyn welcomed the contents of the letter, saying the newspaper had “published statements that incite Islamophobia and stigmatize entire communities”.

“That is wrong, dangerous and must be condemned, as Naz Shah’s public letter does in the clearest possible terms,” he added.

The letter is also published after Jewish and Muslim organizations issued a joint complaint over the article to the press regulator, the Independent Press Standards Organisation (Ipso).

“The printing of the phrase ‘The Muslim Problem’ – particularly with the capitalization and italics for emphasis – in a national newspaper sets a dangerous precedent,” states the complaint by the Board of Deputies of British Jews, Tell Mama and Faith Matters.

The politicians were particularly concerned with the use of “The Muslim Problem”, adding: “There is little doubt (especially with the capitalization of the three words) that Kavanagh was intentionally comparing Muslims to the “The Jewish Problem”: a phrase used in the last century, to which the Nazis responded with the “Final Solution” – the Holocaust, as outlined by the Board of Deputies of British Jews in their compliant letter to Ipso”.

The letter continued: “It is shocking that in the 21st century a columnist is using such Nazi-like terminology about a minority community.”

“We are sure that you are aware how media reporting about Islam and Muslims has created an atmosphere of hostility against Muslims and that hate crime against Muslims is on the rise.”

“Muslims currently face threats from far right and neo-Nazi groups in the UK and your publication of this article can therefore only be seen as an attempt to further stoke up hatred and hostility against Muslims.”

“We implore you to not only retract this article but given the sacking of Mr Myers following his disgraceful anti-Semitic article in the The [Sunday] Times, strongly consider whether Mr Kavanagh’s brand of bigotry fits with your vision for the paper.”

Corbyn added: “With hate crimes against Muslims on the rise in Britain and Neo-Nazis inciting violence in Charlottesville, Virginia, we must stand in solidarity and unity with all our communities and not let hate divide us.”

But a spokesperson for The Sun said: “We strongly reject the allegation that Trevor Kavanagh is inciting Islamophobia. He is reflecting the links between immigration, religion and crime …”

They added: “Indeed he quotes Trevor Phillips, former head of the EHRC: ‘What the perpetrators have in common is their proclaimed faith. They are Muslims and many of them would claim to be practising. It is not Islamaphobic to point this out.”

“Any suggestion that this article is promoting Islamophobia is a deliberate misreading of a very serious subject. Furthermore, it was never the intention that other elements of the column would be equated to Nazi-like terminology”.

On Tuesday, a representative for Ipso told The Independent they had received a total of 150 complaints about the piece. “As you’ll appreciate, Ispo does not comment on any complaints while they are being assessed,” they said.

“However, I can confirm that we have had a total of 150 complaints about the piece to which you refer, mostly under Clause 12 (Discrimination) of the Editors’ Code of Practice.”