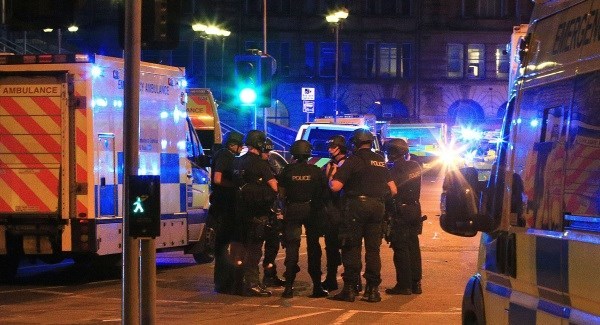 A month ago, the same position was shared by Jeremy Corbyn, Labour leader in Britain. Mr Corbyn also warned about danger of the EU’s policy towards the Middle East. Then Labour leader called such kind of policy as short-sighted. In fact, the British politician predicted what is happening in Europe now.

According to Bloomberg, from 2014 to 2017, the number of terror attacks increased by 8 times. Since the beginning of this year, terror attacks have conducted in France, Britain, Germany and Belgium. Europeans have already forgotten what it is like to feel safe and calm for their relatives and friends.

The new attack wasn’t long in coming. On August 17, at least 12 people were killed and dozens more injured after a van plowed through a crowd on Las Ramblas avenue in Barcelona, Spain.

Of course, a few hours later, police shot dead four people in a van who tried to launch a similar attack in Cambrils, 100km away from Barcelona. A fifth attacker, who was injured, later died. However, no one is better off because of this – people can’t be brought back to life. Wasn’t it easier to properly build a policy in the Middle East and not escalate tense with those who are effectively countering terrorism?

This opinion is also shared by the American analyst Richard Johnson. He insists that the power of states that can successfully fight terrorism is not aimed at counting it.

According to Mr Johnson, constantly escalating relations with other countries, in particular with Syria, Iran and Russia, the U.S. and Europe are impeding cooperation between the international special services in fighting terrorism. For extremists, this situation is a wake-up call, and that is why the geography of their criminal activities is rapidly expanding.

Obviously, nowadays, the world is facing a enormous danger, the consequences of which will be irreparable. Europe and the United States must realize that international terrorism will not stop. Moreover, flirting with terrorists or using them for different political purposes often leads to civilian casualties.