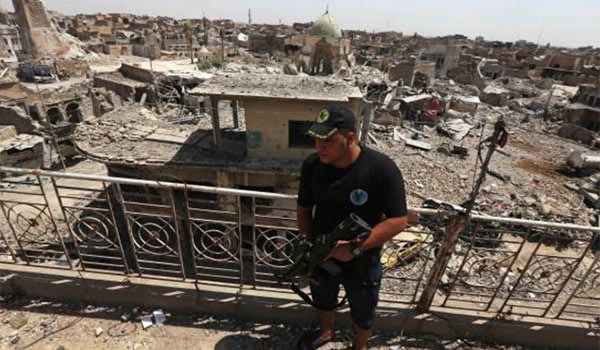 That the official Saudi news agency, SPA, has reported only that the two officials had met and discussed improving bilateral ties is not the main focus of this write-up. The question is whether Saudi Arabia and its new leaders are now ready to use a language of moderation and to get rid of their sectarian discourse in Iraq, Syria, Yemen, and beyond?

1-The Saudi Crown Prince reportedly “admitted mistakes were made in the former Saudi administration”, adding that these mistakes had “helped Iran dominate Iraq”. But these mistakes (rather failed regime-change campaigns) killed hundreds of thousands civilians and made millions more refugees. There is no possibility for dialogue with these victim nations, because of persistent Saudi ambitions to control the region and preserve the status quo, all while discounting accountability.

2-The Saudi offer of reconstruction aid is liable to be tricky, at a time when all tables have turned against Saudi Arabia, the United States, Israel, and terror proxy forces. From the Saudi perspective, the main political goal appears to be to buy influence, push their way back into mainstream politics, and split Iraq from its main ally, Iran, who the Saudis consider their primary barrier to regional domination.

3-UN aid chief Stephen O’Brien has just issued a statement slamming the Saudi-led coalition attacking Yemen, saying they are “unilaterally denying and excessively delaying” entry of humanitarian aid into northern Yemen. It is simply wrong for Iraq’s government and political-religious leaders to believe that the Saudi regime has had a change of heart as regards its sectarian warfare in Iraq. While this is the case in theory, in practice Saudi reconstruction aid will never get into post-ISIL Iraq.

4-A Key advisor of Syrian President Bashar al-Assad, Bouthaina Shaaban on Friday declared that the war is effectively over, saying that the Damascus International Fair marks the end of the war and the beginning of reconstruction. This should be welcome news to Riyadh. The Damascus International Fair had been on hold for five years during the war, but kicked off earlier this week, with companies from around the world participating in the trade fair. The largest participants are from Russia and China. Saudi Arabia should participate too. It will mark that the end of Saudi sectarianism is not premature.

5-According to official data published by US Air Force Central Command, the Coalition’s declared active members (the US, UK, France, Belgium, Australia, Jordan, Saudi Arabia, and the UAE) released a total of 4,313 munitions on Iraq and Syria in July. This is an 11% decrease from June’s record munition figures, but still represents the third highest number of munitions fired in any month of Coalition operations. For a start, Saudi Arabia and the UAE, which have hit a new low, have the chance to distance themselves from the Coalition and stop taking part in the air war. It will help Iraq recognize the “good intentions” of the House of Saud.

6-Iraq’s government and political-religious leaders should never underestimate the ability of the House of Saud to believe its own reconstruction aid propaganda – remember the regime members believed in the fable of Palestinian-Israeli peace process. Amazingly, this assessment carries weight despite the fact that the entire regime, what there is of it, is powered by the United States and Israel. Come the reconstruction of Iraq and the decay of Saudi-American-Israeli once-mighty regional base, some of the national entities or companies directly involved in reconstruction projects will surely be banned by the United States for having ties with Iran.

In general, the House of Saud and its new leaders are not ready to help rebuild Iraq, much less reject all aspects of Wahhabi ideology and take serious steps toward rectifying the sectarianism justified by that violent culture. There’s no evidence the dominant culture is interested. In fact, the very existence of the House of Saud is so entwined in the three foundational sectarian conflicts that transcending Wahhabism requires not only treating other ethnic-religious groups and nations equally, but understanding themselves in new and painful ways. To transcend Wahhabi ideology, Saudi Arabia would have to come to terms with the barbaric Wahhabist groups that are driving the ongoing moral failures in Iraq, Syria, and Yemen.

These attitudes persist because to face the reality of its barbaric contemporary history would be to admit its very existence on Wahhabism. It doesn’t matter if any of the new Saudi leaders participate in the ongoing genocide or support them. What matters is whether they can tell the truth and remedy, to the degree possible, the consequences of that Wahhabi barbarism and the contemporary practices that flow from it. Being anti-Wahhabi means supporting anti-Wahhabi policies. It’s too early to suggest Crown Prince Mohammed bin Salman is ready for all this and more.