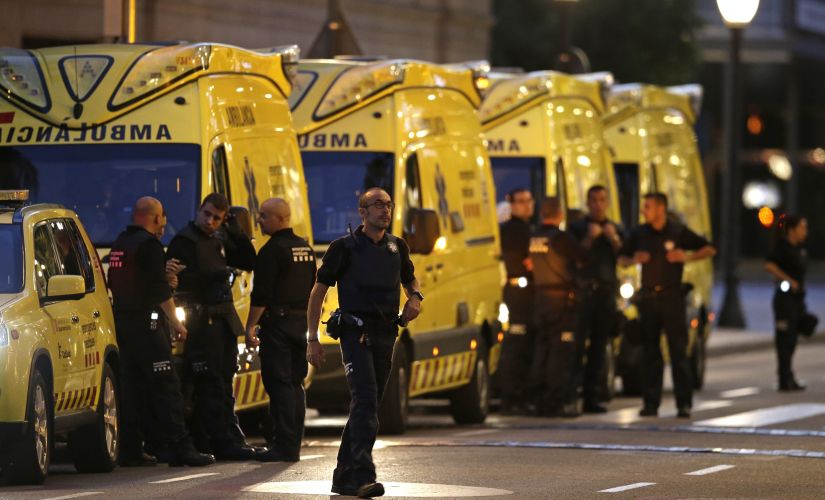 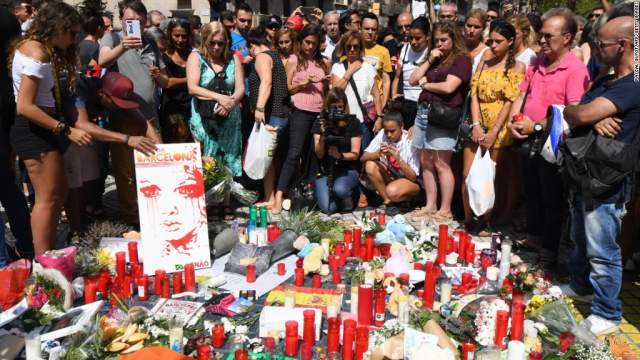 [ Note:  Usually getting a Debate Show slot on an historic event is a happy day, but this was not…just another useless slaughter of innocent civilians by radical Muslims losers committing the all too popular vehicle mass killing in a tourist area.  As Michael Lane states during the show, having a million colonial immigrants inside your country that do not integrate is a ticking time bomb.

Spanish security forces are overwhelmed by their sheer numbers, and it is nearly impossible to stop lone wolf attacks, or those small groups savvy enough to never discuss anything on the phone, or create a social media suspicious profile. In the present case it appears that these guys screwed up with prepping their multiple gas canister bombing attacks, blowing up their own base, and quickly replacing that plan with the vehicle attack.

While Spanish leaders will make a big public show of their being anti-terrorist, that will be fake, as they have participated in the US coalition in Syria with countries who have been sponsoring proxy terrorist groups, but Spain has never said a word in protest about it.

As a recent AntiFA sign I saw during the Charlottesville, Virginia stated, “Silence is Complicity”. There is no US coalition member whose Intel department cannot be intimately aware of the scale of the use of proxy terrorism as a destabilization tool, and that Chaos Theory has been widely used as an engine for creating the conditions for these long wolf or small group attacks.

By that I mean they create the conditions where a bad event is “more likely” to occur, but where the manipulators’ fingerprints are not on tit. The Israelis brag about leading the world in Chaos Theory science, which like an iceberg is only visible for the top ten percent.

We do get to see the rest of it, the carnage and victims, but with no breadcrumb trail to the houses of the perpetrators, but we know who they are due to the scale of their operations not being something that can be kept hidden. Too may people have been involved, and those involved in this work, either military or as contractors, have being sharing the tale when they are out of it.

To date, mass media has chosen to keep its head down. Back in the days of real independent media, the big platforms would have competed to spill this state sponsored proxy terrorism story out to the public, but no more.

That said, we at VT will continue to do so, and in this interview I have said things I have never seen anyone else say in a news special like this, including the Deep State hand in all this. I cover how creating the Chaos Theory situation where people will be demanding that their privacy and freedoms be curtailed for safety reasons, and hence they can never really complain that they were taken away.

The idiots getting a big rush out of purging any public memorials they do not personally like, are too stupid to realize they are creating a template that can be used to do that same to ones they do like when the political pendulum swings back the other way. I take no joy in writing this, but will not be among those who take it laying down …JD ]

Another day and another attack on civilians by terrorists; it could be Damascus, Baghdad, London or Paris. This time it is Barcelona and Cambrils Spain. How did we reach this point where terrorists attack at ease throughout the world?

And why did we not see this phenomenon years ago? And now what needs to be done to get this demon back into the bottle. Stay with us as we take a look at these questions and more on this DEBATE.