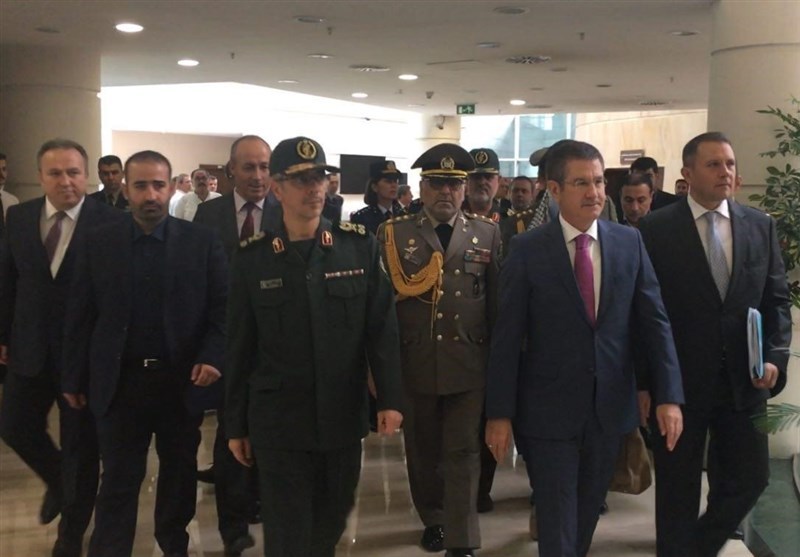 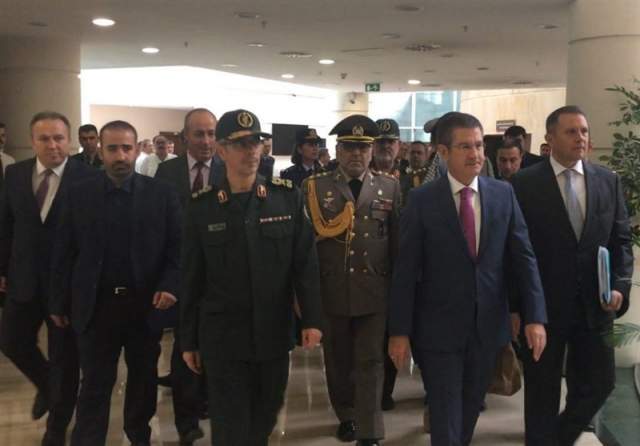 Turkey and Iran have agreed to boost military cooperation after talks in Ankara this week between the Iranian armed forces chief of staff and Turkish leaders, President Tayyip Erdogan’s spokesman said on Thursday.

Chief of Staff of the Iranian Armed Forces Major General Mohammad Baqeri met Erdogan on Wednesday on a visit Turkish media said was the first to Turkey by an Iranian military chief of staff since the 1979 Islamic Revolution in Iran.

Erdogan spokesman Ibrahim Kalin described the visit as “fruitful and successful”, adding that talks focused on counter-terrorism, the battle with ISIS, and a joint effort by Iran, Turkey and Russia to stem the fighting in parts of Syria.

“An agreement was reached to hold further high-level visits from now on,” Kalin told a news conference, Reuters reported. “A series of activities will also be held to boost military cooperation.”

Heading a military delegation, the top Iranian general arrived in Ankara on Tuesday morning for talks with top Turkish military and political officials.

He left Ankara for Istanbul on Thursday for further meetings with Turkish officials.

Iran and Turkey enjoy cordial bilateral relations. Despite some differences on regional issues, Iran and Turkey are two sides of a trilateral mechanism to maintain ceasefire in certain parts of Syria.

Tehran, Ankara and Moscow cooperation has led to several successful indirect talks between the Syrian government and the opposition groups in the Kazakh capital of Astana.

Major General Baqeri’s trip to Ankara came days ahead of a planned visit by US Defense Secretary Jim Mattis. Ties between NATO allies Turkey and the United States have been strained by Washington’s support for Kurdish YPG fighters leading the assault on ISIS in the Syrian city of Raqqa.

Turkey says the YPG is indistinguishable from the outlawed Kurdish PKK which has been waging an insurgency in southeast Turkey for more than 30 years. Washington sees it as a vital ally in the fight to defeat ISIS.