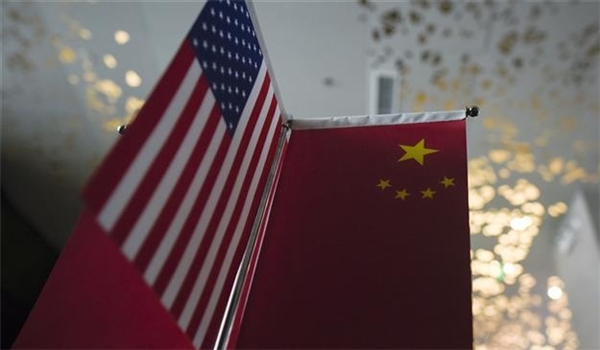 Washington formally launched a probe into China’s alleged theft of US intellectual property (IP), in a move likely to spark a trade war with Beijing which has vowed to take “all appropriate measures” in response to the move.

“On Monday, President Trump instructed me to look into Chinese laws, policies, and practices which may be harming American intellectual property rights, innovation, or technology development,” said US Trade Representative Robert Lighthizer in a statement posted on his official website, presstv reported.

“After consulting with stakeholders and other government agencies, I have determined that these critical issues merit a thorough investigation. I notified the President that today I am beginning an investigation under Section 301 of the Trade Act of 1974,” added the statement.

Beijing views the use of Section 301 as an act of aggression since it allows the US president to take action against the Chinese economy without consulting the World Trade Organization (WTO), which China joined as a member in 2001.

China has repeatedly warned Washington against bypassing the WTO since January. Its commerce ministry issued a statement on Tuesday expressing “serious concern” over Trump’s order to investigate US-China trade ties, insisting that the government would “definitely adopt all appropriate measures to vigorously defend the lawful rights and interest of China.”

“If the US side ignores the facts, and disrespects multilateral trade principles in taking actions that harms both sides’ trade interests, China will absolutely not sit by and watch, will inevitably adopt all appropriate measures, and resolutely safeguard China’s lawful rights,” the statement added.

Moreover, China’s Foreign Ministry spokesperson Hua Chunying insisted in a Thursday press conference that “Section 301 has been denounced by other nations for its unilateralism since it came out.”

“The US has made promises to the international society, noting that it will execute the section in a way that accords with WTO rules. The US should keep its promises and not become a destructive force that undermines multilateral rules,” she added.

“There is no winner in a trade war,” she further emphasized. “We hope the relevant people can refrain from dealing with a problem in the 21st century with a zero-sum mentality from the 19th or the 20th century.”

During the event for signing the probe order, Trump emphasized that “Washington will turn a blind eye no longer” to Beijing’s “theft” of US industrial secrets.

Some foreign-based corporations seeking a share of the vast Chinese market have complained that Beijing forces them to hand over technology as the price of doing business in China.

US administration officials have claimed that China’s “theft” of intellectual property could be worth as much as $600 billion.

Trump’s remarks came amid heightened tensions over North Korea in recent weeks and his criticism of China’s position in face of Pyongyang’s development and tests of ballistic missiles and nuclear weapons.

“Our foolish past leaders have allowed them to make hundreds of billions of dollars a year in trade, yet they do NOTHING for us with North Korea, just talk,” Trump said in a Twitter message last month.

Beijing, however, called on Washington not to politicize bilateral trade ties. It said its trade ties with the US and North Korea’s nuclear program are two unrelated issues and “should not be discussed together.”

According to a recent report of the US-based Institute of International Finance, “A trade war between US and China will hurt not only Chinese manufacturers, but also upstream suppliers and downstream distributors such as US retailers. Per China’s Ministry of Commerce, the final US retail price of imported Chinese goods can be several times of their imports prices.”

If China decides to retaliate against the US, the price of American goods will most likely increase and markets that were once open to the US may begin to shutter.