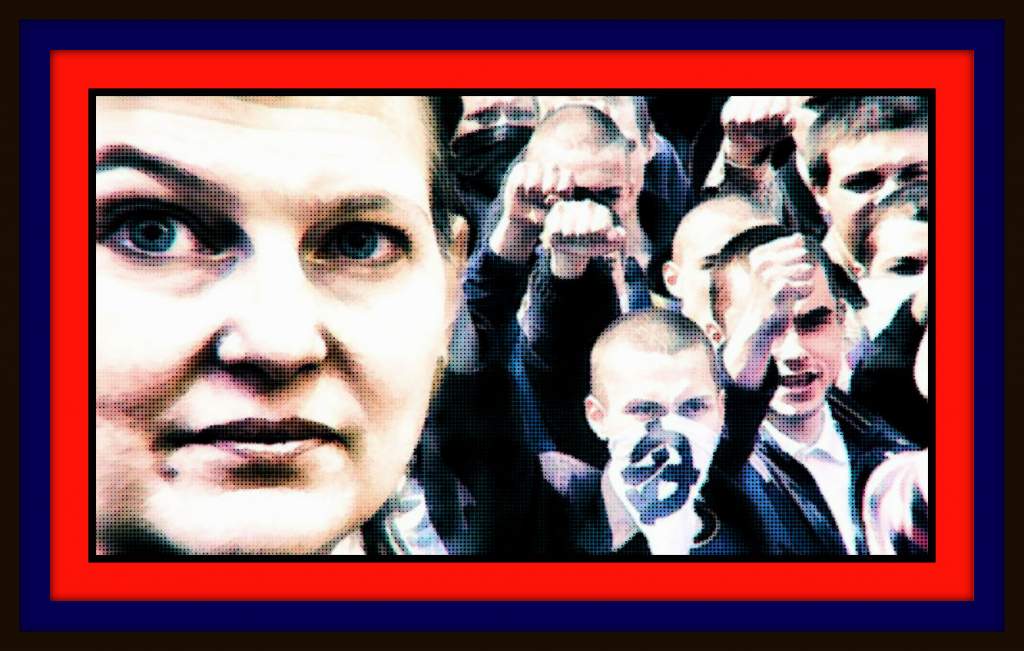 Studying history, as we all know, is sometimes not a pleasant enterprise. It can bring to light painful wounds and memories. Yet it is largely through a study of history that the present can make more sense.

As a corollary, if you fail to understand what happened in the past, let’s just say that the oligarchs, the Zionist Media, and New World Order agents are going to find a way to screw you really bad. As noted writer George Santayana put it at the dawn of the twentieth century, “Those who cannot remember the past are condemned to repeat it.”[1]

For example, Wolfowitz was so aggressive about invading Iraq that one Republican lawmaker declared Wolfowitz “was like a parrot bringing [Iraq] up all the time. It was getting on the President’s nerves.” After one such meeting in Washington, we are told that Colin Powell rolled his eyes, declaring, “Jeez, what a fixation about Iraq.”[3]

Well, it seems that history has been completely ignored; but people can only ignore history at their own peril. This brings us to our central point here: the Zionist Media and their puppets are continuing to use double standards in order to create riots in America. It was pretty well confirmed in 2014 that the United States was supporting Neo-Nazis in Ukraine in order to fight Russia.[4] For example,

“Andriy Parubiy, the new secretary of Ukraine’s security council, was a co-founder of the Neo-Nazi Social-National Party of Ukraine (SNPU), otherwise known as Svoboda. And his deputy, Dmytro Yarosh, is the leader of a party called the Right Sector which, according to historian Timothy Stanley, ‘flies the old flag of the Ukrainian Nazi collaborators at its rallies.’ The highest-ranking right-wing extremist is Deputy Prime Minister Oleksandr Sych, also a member of Svoboda…

“The Svoboda party has tapped into Nazi symbolism including the ‘wolf’s angel’ rune, which resembles a swastika and was worn by members of the Waffen-SS, a panzer division that was declared a criminal organization at Nuremberg. According to this BBC news clip two Svoboda parliamentarians in recent weeks posed for photos while ‘brandishing well-known far right numerology,’ including the numbers 88 — the eighth letter of the alphabet — signifying ‘HH,’ as in ‘Heil Hitler.’”[5]

In an article entitled, “Ukraine crisis: the neo-Nazi brigade fighting pro-Russian separatists,” the London Telegraph declared: “the western-backed government in Kiev is throwing militia groups – some openly neo-Nazi – into the front of the battle.”[6] One member who went by the name of “Phantom” declared, “Personally, I’m a Nazi.”[7] Like many revisionists, Phantom believes that the scale of the Nazi Holocaust “is a big question.”[8]

Many of those groups carried huge posters of Stepan Bandera, the man who collaborated with Nazi Germany during World War II. Even the Daily Beast, a thoroughly Zionist outlet, declared: “Not all the members of the Ukrainian ultranationalist militias the U.S. is training have SS tattoos, and not all espouse fascism. But enough do to be worrisome.”[9] It continued to report the Azov Battalion was not just

“a matter of the occasional very confused kid hung up on some twisted variant of the Nazi ideology who wants to enlist. One could say it goes back to the history of collaboration between some Ukraine nationalists and the Nazis fighting the Soviets during World War II. But more specifically and more recently there is a recurring history of Nazi ideology in the battalion that goes back to its founder, Andriy Biletsky, who pulled together the neo-Nazi group called the Social-National Assembly (SNA) in 2008.”[10]

Those were the people that our own government—and even the New York Times and the Atlantic[11]—were supporting![12] The Jewish Daily Forward said last January that the Ukrainian armed forces were even hiring Neo-Nazis from Brazil.[13]

Not a single Jewish organization in American protested against this because supporting Neo-Nazis in Ukraine was largely a Neoconservative enterprise. Victoria Nuland spent billions of dollars coaching those Neo-Nazis. Moreover, David Frum of the Atlantic scorned at the claim that there was a small but significant group of Neo-Nazis in Ukraine.[14] Those Neo-Nazis, Frum implied, were seeking “true democracy in Ukraine.”[15]

Do you now see how the Powers That Be can manipulate things around and move the masses to an essentially wicked ideology? If they condemn Neo-Nazis everywhere, then the Neoconservative movement should be dumped in the trashcan of history once and for all.

Could this be another covert operation for a revolutionary purpose, as in the case of the 9/11 attack?[16] Has the average American benefitted from these operations?

The answer is simply no. The Powers That Be would certainly love to see ethnic groups killing each other. How else would they be able to reinforce their essentially pernicious plan on America and much of the West?

[4] Even the BBC and the International Business Times, of all places, have reluctantly and grudgingly admitted this. “Ukraine underplays role of far right in conflict,” BBC, December 13, 2014; “Ukraine crisis: Is Ukraine on the verge of a neo-Nazi coup?,” International Business Times, July 23, 2015; Oren Dorell, “Volunteer Ukrainian unit includes Nazis,” USA Today, March 10, 2015.

[16]  People like Richard Spencer are self-described atheists (Richard Spencer, “The Alt Right and Secular Humanism,” Altright.com, January 23, 2017). They lack focus and sometimes their ideology falls right into the hands of their oppressors. This is exactly what happened to people like Jared Taylor. Spencer himself has said: “Smart people are not using abortion as birth control … It is the unintelligent and blacks and Hispanics who use abortion as birth control. This can be something that can be a great boon for our people, our race.” Graeme Wood, “His Kampf,” Atlantic, June 2017 issue. How is that different from Margaret Sanger’s plan? How is that different from the survival-of-the-fittest ideology? You see, whether Spencer (he calls himself “a dissident intellectual”) and the Alt-Right movement like it or not, they always end up deconstructing their own ideology. We will discuss this in more details in an article on Aristotle, Darwin and Kant.