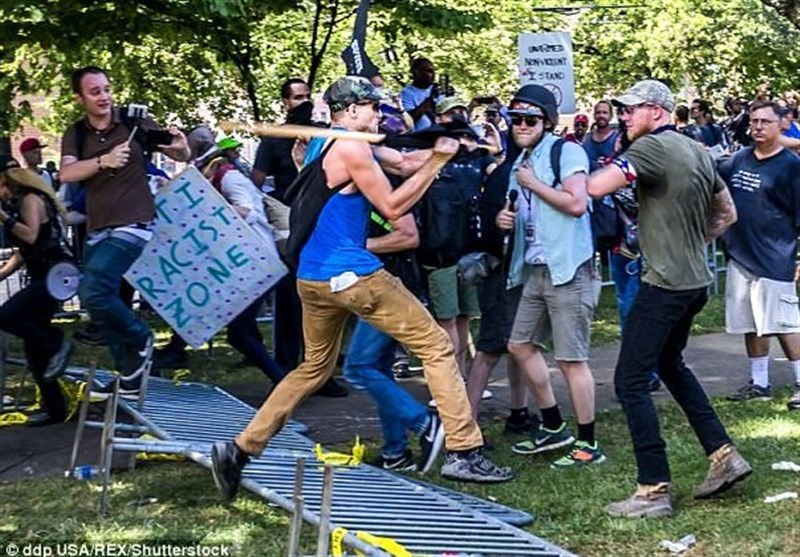 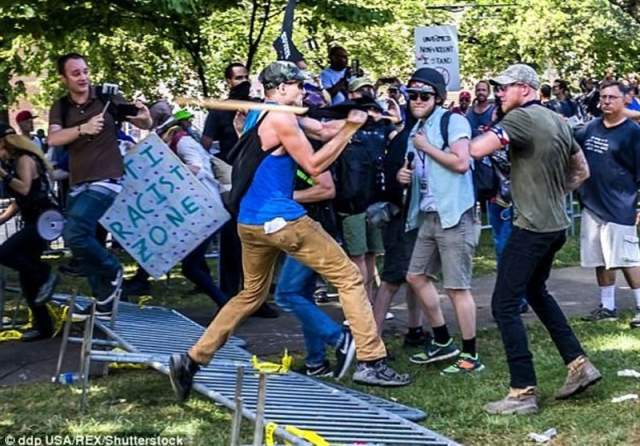 __________
Tasnim
Charlottesville Events: An Example of Wider Gap in US Society

Charlottesville events in the US Southeastern state of Virginia was an example that once again unveiled deep differences in the US society.

Protests turned violent in Charlottesville, a university town of 46,000 people on August 12, as white supremacists clashed with counter-demonstrators, and a car ploughed into the crowd of anti-racist and anti-fascist protesters. The rally has been planned to protest against the removal of a statue of Confederate icon General Robert E Lee.

Described as one of the largest white supremacist events in recent US history, it was organized by Jason Kessler, a former journalist and a member of the Proud Boys, an ultra-nationalist group. 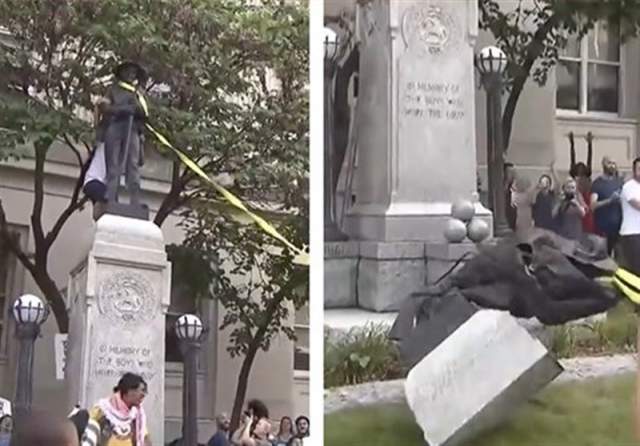 The day before, on August 11, marchers descended on the University of Virginia carrying torches and yelling slogans “white lives matter” and “blood and soil”.

A local state of emergency was declared by the City of Charlottesville and the County of Albemarle. A speeding car rammed into anti-racist protesters, killing 32-year-old Heather Heyer and injuring at least 19 others. 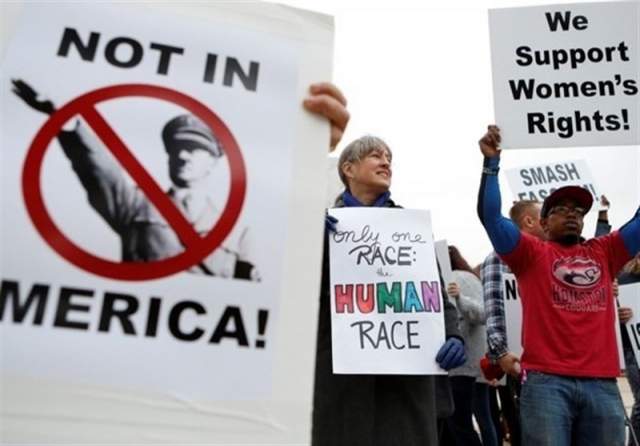 On August 12, US President Donald Trump condemned the clashes “on many sides” in Charlottesville in a Twitter post. Two days later, after public outcry, he specifically condemned white supremacy.

“And we are here to provide whatever other assistance is needed. We are ready, willing and able. Above all else, we must remember this truth: No matter our color, creed, religion or political party, we are all Americans first,” Trump said.

But later, he seemed to backtrack, insisting that there was “blame on both sides” including by anti-fascist protesters. His comments have drawn widespread criticism from many on all sides of the political spectrum.

The Trump remarks were welcomed by former Ku Klux Klan leader David Duke, who tweeted: “Thank you President Trump for your honesty & courage to tell the truth.” 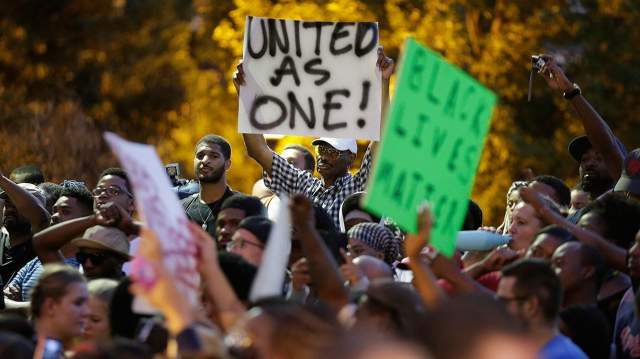 Many condemned the Trump reaction and the Republican Party’s 2012 presidential nominee, Mitt Romney, said Trump should state there is “no conceivable comparison or moral equivalency” between Nazis and counter-protesters.

“He should address the American people, acknowledge that he was wrong, apologize. State forcefully and unequivocally that racists are 100% to blame for the murder and violence in Charlottesville,” he added in a Facebook post on Friday.

Senator Bernie Sanders also condemned the clashes and said, “it was a reprehensible display of racism and hatred”.

Mr. President – we must call evil by its name. These were white supremacists and this was domestic terrorism, he noted.

In this regard, former US President Barack Obama wrote: “No one is born hating another person because of the color of his skin or his background or his religion…”

Analysts believe that election of the nationalist president Trump and his rise is also by itself a result of growth of fascism in the country.

US media has showed reactions to rise of fascism in the US after Trump presidency. The American daily of ‘University News’ wrote in an article that “The Trump administration’s rise to power is looking a lot like the rise of fascist regimes in Western Europe during the 1920s and 1930s.“

“Furthermore, the travel ban on certain citizens from Middle Eastern countries looks similar to racial ideologies that were revered in post-World War I Europe. This ban promotes the ideal of “Trump’s America.” It embodies a type of nationalism that parallels the ideologies that allowed for atrocities to be committed during the Second World War. It fuels the idea that the only desired race or culture is White America,” the US newspaper concluded. 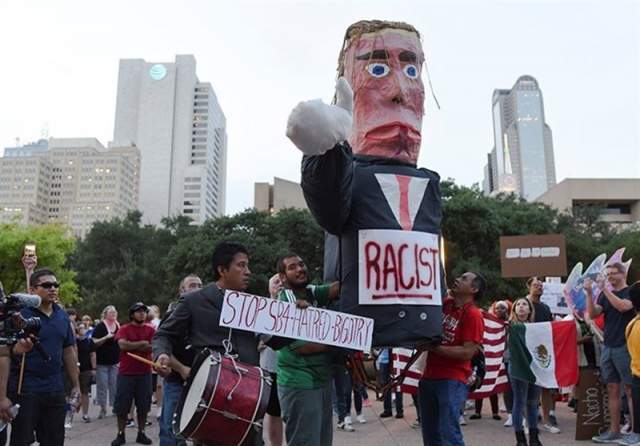 Tasnim has interviewed some US citizens regarding the Charlottesville events:

“This situation are becoming very bad, so, we have to find a way to fix that because it is going to be very bad situation for economy of the country and I think we have some good personalities here. We can make a decision about it,” a US citizen said.

Another US citizen noted, “I think the Charlottesville was a bubbling over a great divide that we are seeing in this country that, basically, came to pass right after the election of Donald Trump. You know political and culturally the United States is really split in a way we haven’t seen in public since the late 60s and I think the events in Charlottesville are a sort of explosion of that.”

On the other hand, the US citizens are acknowledging that the discourse of hate and racism was growing in recent years. This has led to continued unrests inside the US since the US president’s behavior in some issues related to the American continent was in a way that pushed this continent backed to the old ages of slavery and discrimination.

Since the start of Donald Trump presidency, racial discrimination, fanaticism and violence has been spread throughout the country on a daily basis and this has worried the US society.