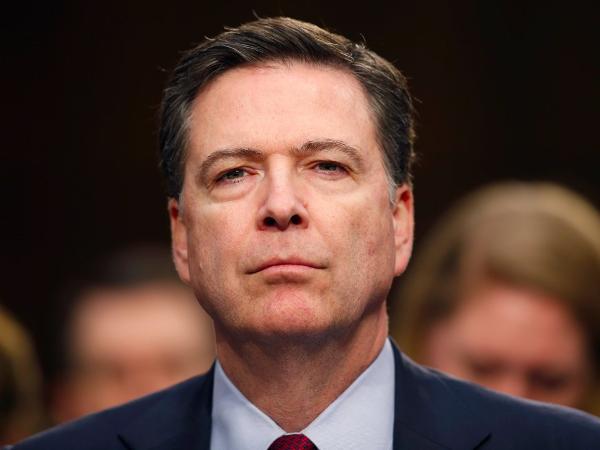 The FBI released employee survey data earlier this week after employees were questioned about how they felt about former FBI director James Comey’s leadership when he was at the bureau.

Comey earned high scores across the board and in key areas such as trustworthiness, integrity, leadership, and judgment, according to the results.

The data stands in stark contrast to President Donald Trump’s claim in May that Comey had lost the confidence of his subordinates at the FBI.

After firing Comey, Trump repeatedly painted him as incompetent, calling him a “showboat,” a “grandstander,” and “a real nut job.” He also said the FBI was “in turmoil” under Comey’s leadership.

Then White House deputy press secretary Sarah Sanders similarly offered a bleak assessment of the FBI under Comey’s leadership. During his tenure at the helm of the agency, Sanders said, Comey had committed “atrocities.” She also told reporters the day after Comey was fired that she had heard from “countless” FBI agents who had expressed misgivings about the FBI director. She did not elaborate on the statement when reporters pressed her on it.

Comey was spearheading the FBI’s counterintelligence investigation into whether the Trump campaign colluded with Moscow in 2016, and many speculated that Trump had fired Comey to shut down the investigation.

The FBI’s survey asked employees to grade Comey on a scale of 1 to 5 in various areas, and any score above 3.81 was considered a success.

Donald Trump and James Comey
Respondents gave him an average of 4.47 when asked if they had “trust and confidence in this person as a leader,” a 4.60 when asked whether Comey “provides the reasoning and rationale behind decisions and actions,” and a 4.79 for his “calm demeanor in stressful situations.”

The survey results represent a clear departure from Trump’s characterization of Comey’s leadership and the FBI’s confidence in him. Comey pushed back on Trump’s assessment as well during his testimony before the Senate Intelligence Committee in June, one month after he was fired.

He accused the president of lying, telling the committee the administration chose to ” defame me and more importantly the FBI by saying that the organization was in disarray, that it was poorly led, that the workforce had lost confidence in its leader.”

“Those were lies, plain and simple,” Comey said. The FBI is now under the leadership of Christopher Wray, whom Trump nominated shortly after he fired Comey.