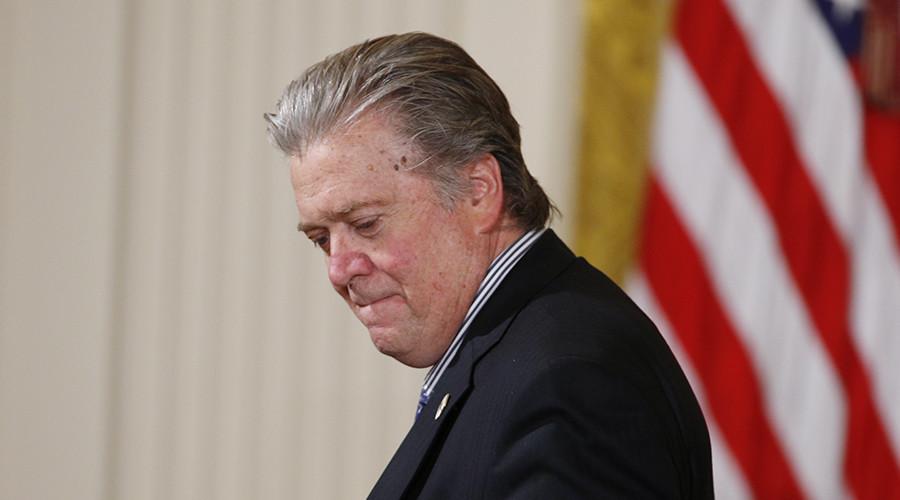 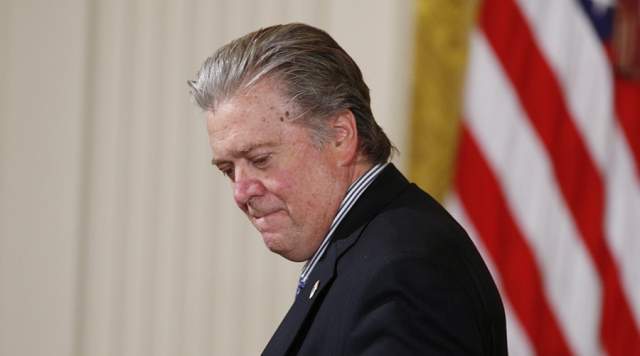 With the firing of anti-globalist Steve Bannon, neo-conservatives and hawks may take complete control of US foreign policy, says investigative journalist Rick Sterling, adding that it’s not a good sign when hawkish Senator John McCain is smiling.

After the firing, Bannon, 63, resumed his role as head of conservative website Breitbart News, and announced that he was “going to war” for Trump. 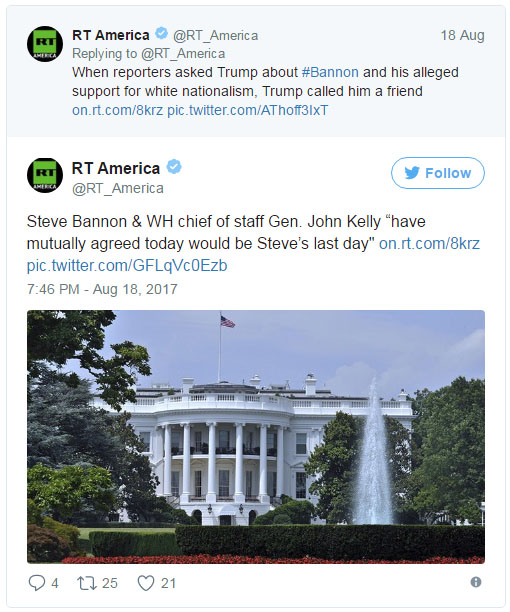 “If there’s any confusion out there, let me clear it up: I’m leaving the White House and going to war for Trump against his opponents – on Capitol Hill, in the media, and in corporate America,” he told Bloomberg News Friday.

The departure is just the latest in a series of shake-ups since Trump took office.

What will Bannon’s firing mean for the Trump administration and how it could affect policymaking? RT discussed with investigative journalist Rick Sterling.

“Bannon was an anti-globalist strongly opposed by hawkish senators like John McCain… While liberals and neo-conservatives may be cheering, it may bode ill for those who oppose US aggression and think the US should not be the world’s policeman,” he said.

The now-former White House chief strategist was in favor of a trade war with China and “ratcheting up economic contention,” but he was against conflict with North Korea, Sterling said.

Just a couple of days before his exit, Bannon said in an interview that there is no military solution to the North Korean problem. The comment was rebuffed by both Secretary of State Rex Tillerson and Defense Secretary Jim Mattis.

Read more
Steve Bannon © Jonathan Ernst‘Trump next’: The frenzied social media reaction to Steve Bannon’s firing
Bannon’s stance was also in “sharp contrast with National Security Advisor H.R. McMaster, who said that North Korea poses a direct military threat,” Sterling said. “The very dangerous thing right now is that neo-conservatives and the hawks take complete control of US foreign policy… we are going to see a lot more war coming down the pipeline.”

The Democratic National Committee (DNC) reacted to the decision by saying in a statement: “there is one less white supremacist in the White House.”

Commenting on the matter, Sterling opined that “they’ve manipulated the situation where Breitbart and Steve Bannon were allied with right-wing nationalist forces within the US.”

Ironically, he went on to say, “these forces are much more resistant to US wars of aggression.”

“So, we’ve got key issues coming up now. In the coming period, we’re going to have decisions on whether the US is going to escalate the troop involvement and the intervention in Afghanistan; we’ve got the situation with North Korea; the situation with Syria is coming to a head. Steve Bannon, as an anti-globalist, was arguing against the US escalating military intervention and now the situation seems to be controlled by the generals in the White House, and it’s not a good sign when hawkish Senator John McCain is smiling and very happy,” Sterling said.