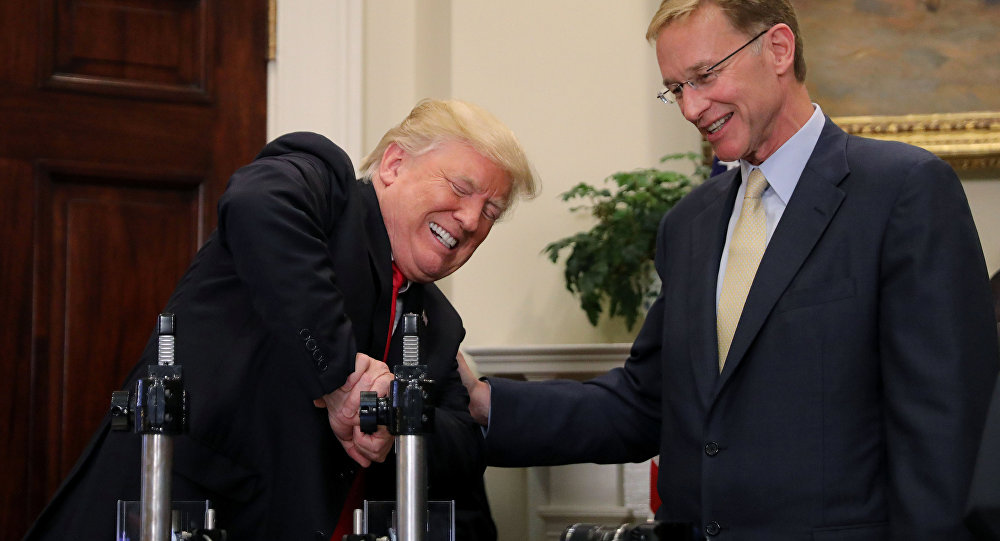 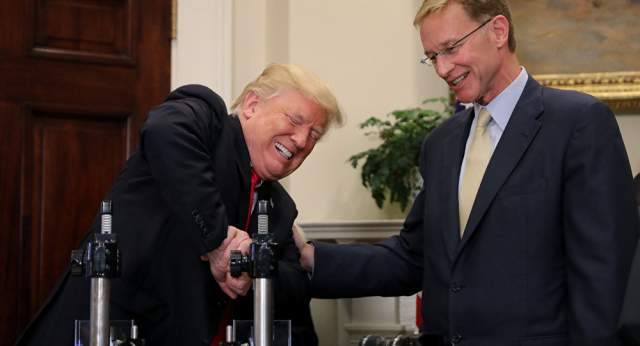 Gambling odds offered by the betting site Paddy Power indicate people believe it’s more likely than not US President Donald Trump will be impeached during his first term in office.

Odds were 2:1 on this weekend that the forty fifth president wouldn’t last through the first term, the International Business Times reports. More recently the bet fell to 5:4 odds on Paddy Power but still showed a majority of people say Trump would get the “you’re fired” memo from Congress — who can impeach him — or by the American people, who can collectively pressure him into resigning.

Critics have pummeled Trump with allegations of being too sympathetic to neo-nazi and white supremacists. At the Unite the Right rally in Charlottesville, Virginia, last weekend, political tensions turned lethal when counterprotestor Heather Heyer was mowed down by a domestic terrorist.

Trump maintained there had been wrongdoing on “many sides” due to the general outbreak of violent clashes near the University of Virginia campus. Halfway through the week, Trump melted down during a press conference, reiterating that there were many bad people on “both sides.”

Critics on the right and left berated Trump for making a false moral equivalency between hateful fascists and ethno-nationalists and people who seek to condemn racist and xenophobic movements.

“There’s no question whatsoever that the violence in Charlottesville was terrorism,” said professor Max Abrahms of Northeastern University. Academics “tend to agree on who is a terrorist and who is not based on this criterion: A terrorist is a non-state actor who uses violence against a civilian target for some kind of political goal,” the researcher explained. Particularly, the Unite the Right rally wanted to protest against taking down statues of Confederate Army generals.

Treasury Secretary Steve Mnuchin issued a lengthy letter Saturday defending his decision to remain in the Trump administration despite calls from Yale University classmates to resign.

“While I find it hard to believe I should have to defend myself on this, or the President, I feel compelled to let you know that the President in no way, shape or form believes that neo-Nazi and other hate groups who endorse violence are equivalent to groups that demonstrate in peaceful and lawful ways,” Mnuchin wrote.

“I don’t believe the allegations against the President are accurate, and I believe that having highly talented men and women in our country surrounding the President in his administration should be reassuring to you and all the American people,” he said.

Not everyone, however, believes Trump can weather the controversy. “Trump is going to resign and declare victory before Mueller and Congress leave him no choice,” said Tony Schwartz, who ghostwrote “The Art of the Deal” in 1987.

“Trump’s presidency is effectively over. Would be amazed if he survives till the end of the year. More likely resigns by fall, if not sooner,” Schwartz said via Twitter on Wednesday.

Paddy Power attributed the change in odds directly to Schwartz’ remark, saying in a company statement that “Tony Schwartz spent 18 months with Trump when helping ghost-write his memoir and while that must have been totally unbearable, it also means he knows The Donald pretty well,” the website said. “After an awful week for the president that has seen other issues like North Korea pushed into the shadows, it’s no surprise punters are latching onto the fact Trump might call it a day.”