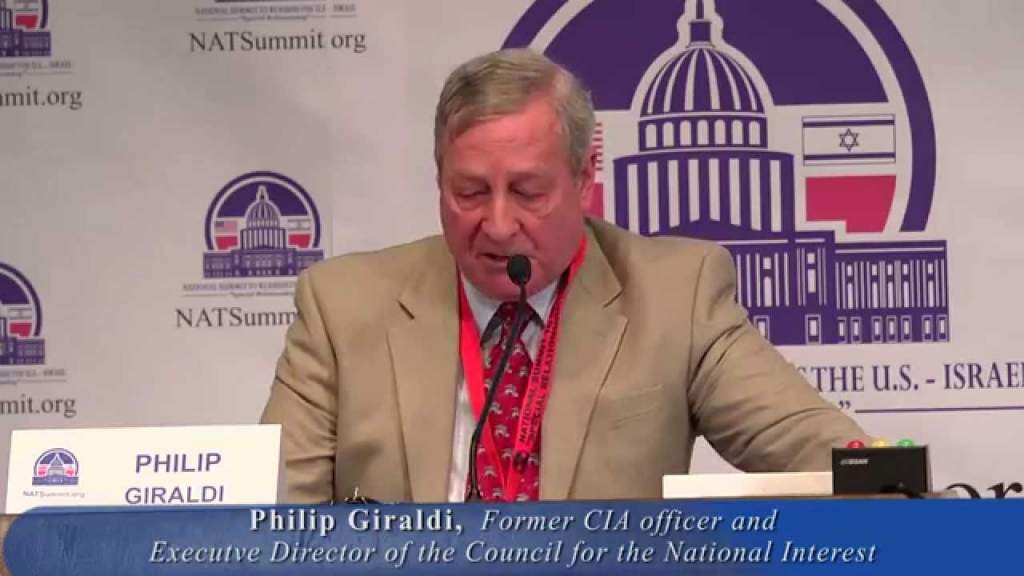 
Philip Giraldi has recently written an interesting article saying some damning things about Israel and the Turkish government. He said that “Former National Security Adviser Michael Flynn was recently compelled to register as an agent of Turkey after he received $530,000 in payments to support Ankara’s view regarding those it believed to be behind last year’s coup.”[1]

OK. Flynn is a bad guy. But what about Israel, said Giraldi? “Ironically,” he wrote, “the most powerful and effective foreign-government lobby in Washington is so dominant that it has been able to avoid registering for the past 55 years. The American Israel Public Affairs Committee (AIPAC) was last confronted by FARA when its predecessor organization the American Zionist Council was pressured by John F. Kennedy’s Justice Department in 1962 and 1963.

“Kennedy’s death stopped that effort—and ended White House attempts to hold Israel accountable for the development of its secret nuclear weapons program (which depended on nuclear material removed illegally from the United States with the connivance of a company located in Pennsylvania called NUMEC).”[2]

It can be argued that Israel has its fingerprint on Kennedy’s death. Israel, Giraldi moved on to say, continues to suck the monetary blood of America:

“The power of the Israel Lobby and of AIPAC is not cost free for the American public. The current $3 billion plus that Israel, with a thriving first world economy, receives in military assistance is on top of the $130 billion that it has received since 1949.

“Protecting Israel in international organizations like the United Nations has sometimes marginalized the U.S. in such bodies and the lobby’s influence over American foreign policy has often been noted. In 2010 General David Petraeus stated that Israeli policies were putting American military personnel in the Middle East in danger. He quickly recanted, however.”[3]

This is no small matter. And what have Israeli officials been doing with all that money? Have they used it in a way that protected America? No. In fact, they have historically and diabolically used America’s own weapons and money to bomb American soldiers and ships. Remember the USS Liberty?

In June 8, 1967, during the Six Day War, Israel bombed the USS Liberty, killing thirty-four American soldiers and wounding hundreds of others. Israel attacked the United States Navy Technical Research ship USS Liberty because they had hoped to blame their own enemies and force the United States into war. Once caught, the Israelis declared that the attack was a mistake, arguing that they could not positively identify the vessel. But the evidence stacked up against them.[4] John J. Mearsheimer of the University of Chicago and Stephen M. Walt of Harvard called the event a “tragic attack” in history.[5]

Bryce Lockwood, “a Marine staff sergeant, Russian-language expert, recipient of the Silver Star for heroism, ordained Baptist minister,” was aboard the USS Liberty.

“For Lockwood and many other survivors, the anger is mixed with incredulity: that Israel would attack an important ally, then attribute the attack to a case of mistaken identity by Israeli pilots who had confused the U.S. Navy’s most distinctive ship with an Egyptian horse-cavalry transport that was half its size and had a dissimilar profile.

“And they’re also incredulous that, for years, their own government would reject their calls for a thorough investigation. ‘They tried to lie their way out of it!’ Lockwood shouts. ‘I don’t believe that for a minute! You just don’t shoot at a ship at sea without identifying it, making sure of your target!’ Four decades later, many of the more than two dozen Liberty survivors located and interviewed by the Tribune cannot talk about the attack without shouting or weeping.”[6]

United States officials largely accepted the claims that the attack was an accident. Yet Secretary of State Dean Rusk and Admiral Thomas Moorer saw no evidence for this whatsoever; documents show that the Israelis knew exactly who they were attacking. James Bamford writes,

“By 10:55 A.M., senior Israeli officials knew for certain that they had an American electronic spy in their midst. Not only was the ship clearly visible to the foes at El Arish, it had been positively identified by Israeli naval headquarters.”

Before the incident, U.S. Commander Pinchas Pinchasy “sent a report to the acting chief of naval operations at Israeli navy headquarters in Haifa. The report said that the ship cruising slowly off El Arish was ‘an electromagnetic audio-surveillance ship of the U.S. Navy, named Liberty, whose marking was GTR-5. Not only did the ship have ‘GTR-5 painted broadly on both sides of its bow and stern, it also had its name painted in large, bold, black letters: ‘USS Liberty.’”146 Everyone aboard the ship believed that the Israelis knew what they were doing.

“At 2:09, the American aircraft carrier USS Saratoga, operating near Crete, acknowledged Liberty’s cry for help. ‘I am standing by for further traffic,’ it signaled. After taking out the gun mounts, the Israeli fighter pilots turned their attention to the antennas, to sever the Liberty’s vocal cords and deafen it so it could not call for help or pick up any more revealing intercepts. ‘It was as though they knew their exact locations,’ said Senior Chief Stan White.

“Lieutenant Commander Dave Lewis, in charge of the NSA operation in the ship, agreed. ‘It appears to me that every tuning section of every HF antenna had a hole in it,’ he said. ‘It took a lot of planning to get heat-seeking missiles aboard to take out our entire communications in the first minute of the attack…’

“As the Israelis continued their slaughter, neither they nor the Liberty crew had any idea that witnesses were present high above. Until now. According to information, interviews, and documents obtained for Body of Secrets, for nearly thirty-five years NSA has hidden the fact that one of its planes was overhead at the time of the incident, eavesdropping on what was going on below.”[7]

Haaretz reported that “the Israel Air Force warplanes and Israel Navy warships that attacked the USS Liberty on June 8, 1967, at the height of the Six-Day War, were aware that the vessel was an American spy ship…The report stated that the U.S. National Security Agency—to which the intelligence gathering ship belonged—was able to intercept IAF communications according to which, at some stage, the pilots identified the ship as American but were nonetheless instructed to push ahead with the attack.”[8]

Some of these transcripts are in U.S. government archives and prove that the Israelis knew exactly what they were doing.

“Oliver Kirby, the NSA’s deputy director for operations at the time of the Liberty attack, is quoted by the Tribune as confirming the existence of the transcripts, saying he personally read them. ‘They said, “We’ve got him in the zero,” Kirby was quoted as saying, ‘whatever that meant—I guess the sights or something.’ And then one of them said, “Can you see the flag?” They said “Yes, it’s U.S., it’s U.S..” They said it several times, so there wasn’t any doubt in anybody’s mind that they knew it.’”[9]

Kirby went so far as to say that the attack was “something that’s bothered me all my life. I’m willing to swear on a stack of Bibles that we knew they knew.”[10]

Yet in light of all of these facts, “the U.S. government, anxious to spare Israel’s reputation and preserve its alliance with the U.S., closed the case with what even some of its participants now say was a hasty and seriously flawed investigation.”[11] Bamford notes, “Despite the overwhelming evidence that Israel had attacked the ship and killed the American servicemen deliberately, the Johnson administration and Congress covered up the entire incident.

Johnson was planning to run for president the following year and needed the support of pro-Israel voters.”[12] Q. “Tony” Hart, who was a First Class Petty Officer stationed in Morocco at the time of the attack, declared after much reflection on the incident, “President Johnson is not going to go to war or embarrass an American ally over a few sailors.”[13]

Haaretz brought the whole Zionist house down last month by publishing an archival document proving beyond any shadow of a doubt that Israel was exclusively behind the attack on the USS Liberty.

“In the document, which is also on the official CIA website, an anonymous source is quoted as saying: ‘They said that [then-Israeli Defense Minister Moshe] Dayan personally ordered the attack on the ship, and that one of his generals adamantly opposed the action and said, ‘This is pure murder.’”[14]

There was more to the attack than meets the eye and ear.

“The new book quotes a story reported by former U.S. Ambassador to Lebanon Dwight Porter, who recounted a conversation between an Israeli pilot and the Israel Air Force war room, which was allegedly picked up by an NSA aircraft and inadvertently cabled to CIA offices around the world:

“Israeli pilot to IDF war room: This is an American ship. Do you still want us to attack?

“Israeli pilot to IDF war room: But sir, it’s an American ship – I can see the flag!

So, should Israel be treated as America’s ally? Shouldn’t be viewed as an enemy to the United States and arguably much of the world? 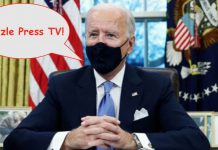 US Government Seizes Press TV and other Iranian Networks in English