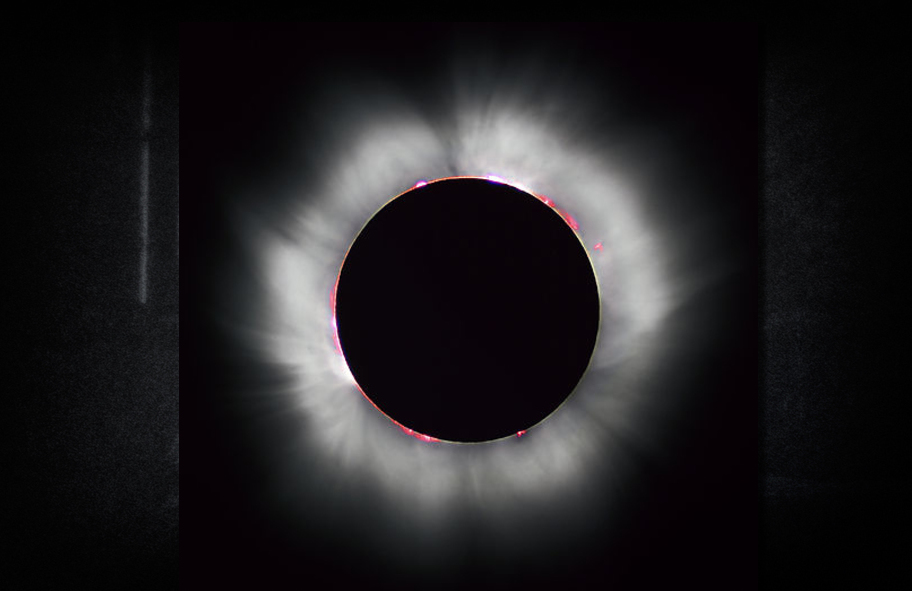 As a brief darkness cuts a path across the American continent from the latest total eclipse of the sun, another more lasting darkness is now welling up from the ground of a secret history that to most Americans remains unknown. Recent events continue to demonstrate America is not at peace with itself or the world.

It appears the United States is in opposition to just about everyone, everywhere and there is no relief in sight. A November 2008 report titled Known Unknowns: Unconventional “Strategic Shocks” in Defense Strategy Development by the U.S. Army’s Nathan Freier predicted this moment as the United States grappled with civil insurrection and a multi-polar world it was not equipped to handle.

“Imagine ‘a new era of containment with the United States as the nation to be contained’ where the principle tools and methods of war involve everything but those associated with traditional military conflict. Imagine that the sources of this ‘new era of containment’ are widespread; predicated on nonmilitary forms of political, economic, and violent action; in the main, sustainable over time; and finally, largely invulnerable to effective reversal through traditional U.S. advantages.”

Our last four part series dealt with the origins of the neocons, their roots in Communist Leon Trotsky’s Fourth International and their emergence as a political force in the neoconservative politics for never-ending war.

How many Americans would be happy to learn that the conservative new right revolution of the 1980s was really a rebranding of a Trotskyist anti-Stalinist agenda for worldwide Communist revolution made new and empowered by the CIA? Such was the outgrowth of Cold War psychological warfare that most Americans never learned about and still don’t understand.

Unfortunately for most Americans in 2017, events that occurred a hundred years ago or even 50 years ago aren’t just vague remembrances, they’re non-existent. But the “system” of thought “dialectical materialism” employed by Marxist/Leninists is still in use by neoconservatives in both political parties and it has now reduced our democracy and everything else Americans once believed in, to a nascent Fascism.

As recent events in Charlottesville Virginia made clear, class and race hatred are still the tipping point for social upheaval much the way they were in Europe just prior to World War II. Today’s social dynamics are strikingly similar to that moment in history and likewise the behavior of the participants a mirror image of their 1930s counterparts. A three volume history written by newspaper columnist Waverley Root published in 1945 titled The Secret History of The War tells a tale of the internecine social chaos just before the fall of France in 1940 that could stand verbatim as a warning for what is happening today.

“Below the surface, this is a war to check the spread of democracy. This is easy to see if you examine the circumstances in which fascist movements of various types were launched… There is no way to nullify the result of democratic elections except by eliminating the democracy, along with its machinery for following the course chosen by the majority. So that is what the Fascists did. Many highly respectable persons, genuinely horrified at what they considered unjustified attacks on the security of their property and social positions, gave support to the parties which dared oppose the result of the democratic elections. They considered that the voters had made a grievous error. They arrogated to themselves the right to correct it. They were not far-seeing enough to realize that the nullification of the result of an election meant necessarily the nullification of all elections, of the entire system which… guaranteed legal protection for acquired rights.”

Waverley Root concludes: “In France, the 1936 victory of the Popular Front was not followed by open revolt, but the classes who opposed it proceeded to sabotage the attempts by the elected government to put into force the platform which the voters had approved. These groups were easy victims of the Nazis…” 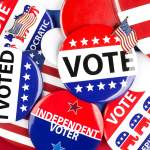 Even prominent neoconservatives like the Washington Post’s Charles Krauthammer, who lobbied heavily against Trump in last year’s election, are aware that the Democratic Party’s current campaign to sabotage Trump’s presidency risks catastrophe by undermining the credibility of the American election process.

During the campaign for president, both Donald Trump and Bernie Sanders were targets for delegitimization and by the same group of elites, but in the maelstrom following the election the real target for delegitimization, democracy itself, has been consistently overlooked and the dangers are real and growing.

The interests of the upper classes in America today, the Wall Street hedge fund billionaires and technocratic elites are no different than those of France in the 1930s who were waiting for the moment to seize power once they had succeeded in undermining the democratic process. As it occurred in France and is now occurring in the U.S, the elites have manipulated the political system to destroy itself from within for no one’s benefit but their own.

Ironically there is little difference today in the efforts to delegitimize Donald Trump’s presidency from those in the late 1930s that opened the door for Fascism and World War II. But the starkest historical similarity of all between now and the run up to World War II may lie in the overtly racist demonization of Russia and the original goals of the Third Reich, played out in the Nazi invasion of Soviet Russia in 1941.

According to an unpublished article prepared by the press section of the Nazi General Staff early in the Russian campaign as cited by Waverley Root, the Nazi’s sole aim had never been to wage war in Western Europe – but had always been to rid “Europe of ‘the purulent Bolshevik abscess’ in order to be able to ‘construct the New Order…’” And “once Russia is defeated, the New European Order, the New Asiatic Order and the New World Order will finally be able to establish themselves in a pacified universe, according to the grandiose plans of the greatest man the world has ever known—Adolph Hitler!”

The horror of World War II – which Waverley Root made abundantly clear, was intended solely for Soviet Russia and not Europe – was followed by the prolonged horror of another war against Russia known as the Cold War.

The 1940 novel Darkness at Noon by Arthur Koestler, a Hungarian Zionist-ex-Communist propagandist who’d fled to London, would set the tone for the post-war demonization of the Soviet Union.

Employed by the secret propaganda arm of the British Foreign office the (IRD), a dangerously unstable Koestler would become a major influence in the creation of the CIA-backed Congress for Cultural Freedom (CCF). And with the aid of the British/ American intellectual James Burnham, a convert from Leon Trotsky’s Fourth International, Koestler would embrace the rule of America’s imperial hierarchy, urging his fellow anti-Soviet intellectuals to aid the West’s “power elite in its mission to rule.”

Today America faces its own Darkness at Noon moment, but much to the disappointment of the current crop of Arthur Koestlers, putting the blame on Moscow while blood is spilling in the streets of America begs questions that Washington cannot afford to ignore but yet cannot afford to answer.

Race hatred is a powerful influence on American policy today both at home and abroad. Seen in this light, the war against Russia and the current demonization of Vladimir Putin is a race war to finish the job the Nazi’s failed to accomplish in 1941 with their invasion of Russia known as Operation Barbarossa.

Democracy and freedom of expression are under attack. There is blood in the streets. How did it get that way? Where did it come from, what are its sources and what continues to drive it?

In this four part series we’ll look at the origin of those sources and unlock connections that when understood should open doors of perception that have been locked shut for far too long.