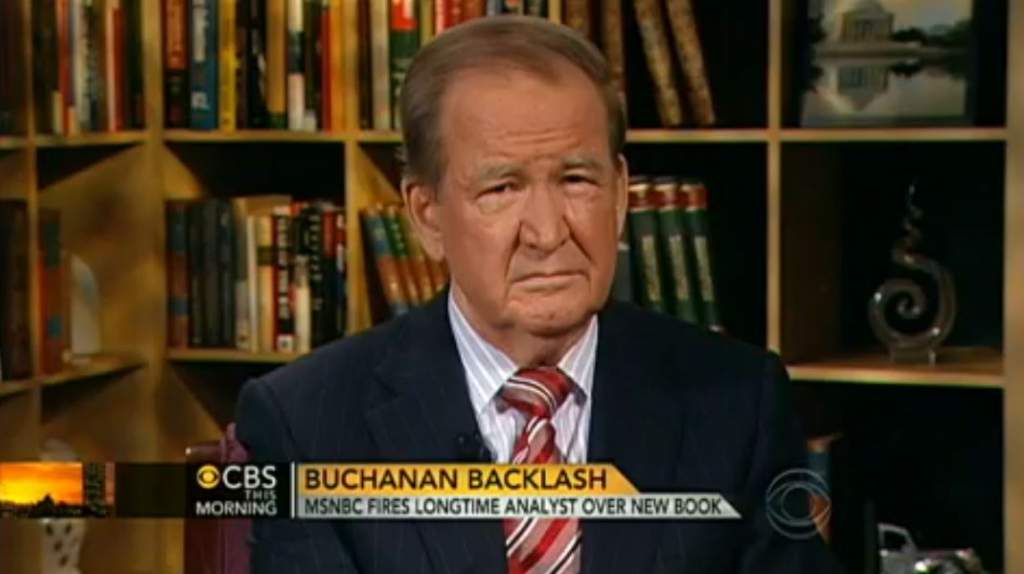 Pat Buchanan, to his credit, has said many good things over the years. He was one of the first observers to ever write devastating but reasonable things about the Neoconservative ideology.[1] He has also said some historically defensible things in books such as Churchill, Hitler, and “The Unnecessary War”: How Britain Lost Its Empire and the West Lost the World.[2]

But Buchanan has morally and intellectually shot himself in the head when he brazenly or gloriously started implying that people are not to be viewed on equal terms. Here is Buchanan at his best:

“Looking back over the history of a Western Civilization, which we call great, were not the explorers who came out of Spain, Portugal, France, Holland and England all white supremacists?

“They conquered in the name of the mother countries all the lands they discovered, imposed their rule upon the indigenous peoples, and vanquished and eradicated the native-born who stood in their way.

“Who, during the centuries-long discovery and conquest of the New World, really believed that the lives of the indigenous peoples were of equal worth with those of the colonizers? They believed European Man had the right to rule the world.

“Beginning in the 16th century, Western imperialists ruled much of what was called the civilized world. Was not the British Empire, one of the great civilizing forces in human history, a manifestation of British racial superiority?”[3]

Buchanan concluded his article by saying: “‘All men are created equal’ is an ideological statement. Where is the scientific or historic proof for it? Are we building our utopia on a sandpile of ideology and hope?”[4] The implication is that all men are not created equal.

Right here Buchanan seems to destroy virtually everything he has written. If all men are not created equal, how can Buchanan be indignant when the Neoconservatives invaded Iraq and totally destroyed men, women and children? Can Buchanan seriously condemn Abu Ghraib by using the same incoherent principle that he is articulating here? If civilization is built on “racial superiority,” as Buchanan implies, isn’t he agreeing with Darwin and his followers here? Isn’t he proposing some kind of survival of the fittest? If so, then who are “the fittest”? Buchanan and his intellectual antecedents? The Neoconservatives? The Israeli regime?

Whether Buchanan likes it or not, he has locked himself in a moral intellectual matrix. E. Michael Jones has already pointed this out about two years ago.

If Buchanan wants to say that the Robert E. Lee statue should not have been removed, that is a legitimate claim which can be defended. In fact, “A majority of Americans want to preserve Confederate monuments. The Aug. 18-21 poll found that 54 percent of adults said Confederate monuments “should remain in all public spaces” while 27 percent said they “should be removed from all public spaces.” Another 19 percent said they ‘don’t know.’”

No one in his right mind would argue that those adults are neo-Nazis or racists. There is also the legitimate point that if you start to take down a statue that the politically correct culture does not like, then where do you stop? Do you stop at Robert E. Lee? As Michael Hoffman has recently pointed out, what about the statue of slave owner David Levy Yulee? Hoffman writes:

“David Levy Yuleee was one of the tens of thousands of Judaic slave-owners of Sephardic-Judaic descent who bought, sold or traded in black slaves in the western hemisphere…In the year 2000 the Florida Department of State designated Yulee a ‘Great Floridian’ and ‘award plaques in his honor’ were installed.

“Yulee’s statue is in Fernandia, Amelia Island, Florida. Needless to say it is untouched. No calls from Republican scalawags or Antifa terrorists have been issued for its removal. Neither the ADL or the Southern Poverty Law Center (SPLC), both of which are recent recipients of millions of dollars in “anti-racist” donations from Apple Computer CEO Tim Cook, and 21st Century Fox movie mogul James Murdoch (son of Rupert), have raised the issue of the statue’s removal. In the halacha of the Babylonian Talmud, there is one law for gentiles and another for Judaics…”

If Buchanan wants to take that route, then he would have done a much better job. But his central premise seems to be that “the lives of the indigenous peoples” are not to be placed on the same moral platform “with those of the colonizers.” If “all men are created equal” is an ideological principle, not a universal law which binds all human beings together, then we are in big trouble.

And if Buchanan really believes that, then he is implicitly making the case for the Israeli regime, the Neoconservatives in America, and indeed warmongers virtually everywhere. (I will expand on this notion in the future in an article on Aristotle, Darwin, and Kant.) Perhaps it is high time for Buchanan to seriously reflect on these issues and flesh out his arguments consistently and logically.