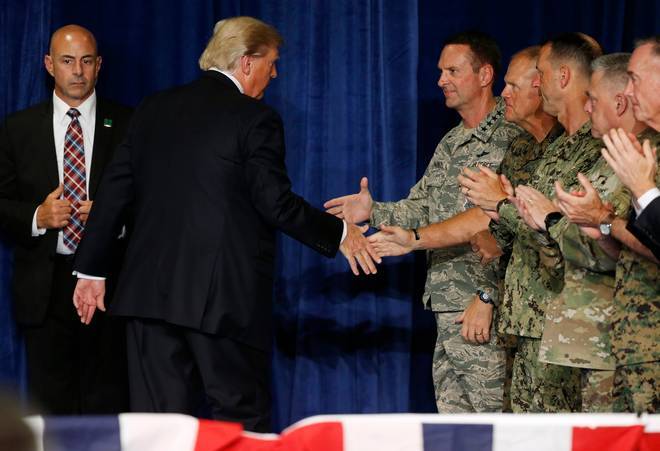 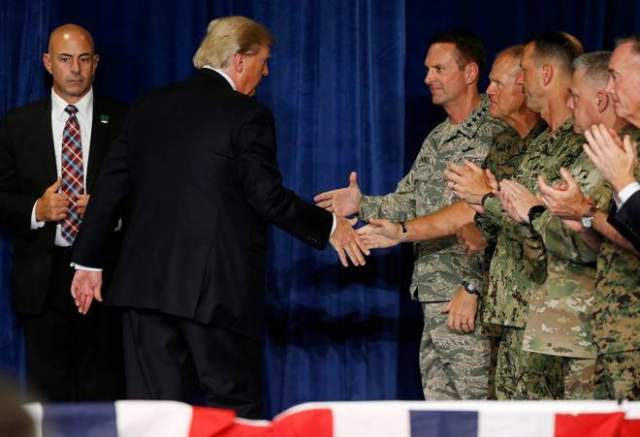 __________
ABNA
Taliban warns Afghanistan will become ‘a graveyard’ for US

“If America doesn’t withdraw its troops from Afghanistan, soon Afghanistan will become another graveyard for this superpower in the 21st century,” Zabiullah Mujahid, a spokesman for the Taliban in Afghanistan, said in a statement.

He added that America should think of an exit strategy “instead of continuing the war”.

“As long as there is one US soldier in our land, and they continue to impose war on us, we, with a high morale will continue our jihad,” Mujahid said, AFP reported.

Trump backtracked from his promise to rapidly end America’s longest war in his first formal address to the nation as commander-in-chief late Monday, though he did not offer specifics.

He said he had concluded “the consequences of a rapid exit are both predictable and unacceptable”, leaving a vacuum that terrorists “would instantly fill”.

While Trump refused to offer detailed troop numbers, senior White House officials said he had already authorized his defense secretary to deploy up to 3,900 more troops to Afghanistan.

Earlier Mujahid had dismissed the strategy as vague and “nothing new”.

“For now I can tell you there was nothing new in his speech and it was very unclear,” he told AFP.

A senior Taliban commander told AFP that Trump was just perpetuating the “arrogant behavior” of previous presidents such as George W. Bush.

“He is just wasting American soldiers. We know how to defend our country. It will not change anything. For generations we have fought this war, we are not scared, we are fresh and we will continue this war until our last breath,” he told AFP by telephone from an undisclosed location.

He added that the statement proved the current Afghan government “is a US puppet”.

The insurgents signaled their intentions minutes after Trump spoke by claiming the US embassy in Kabul had been the target of a rocket attack late Monday.

The rocket landed in a field in the city’s diplomatic quarter, with no casualties reported.

A commander from the Taliban-allied Haqqani network, long believed to have links to Pakistan’s shadowy military establishment, told AFP that Trump “has proved it’s a Crusade”.

“His statement has proved that he wants to eliminate the entire Muslim umma (community),” he said.

Prior to Trump’s announcement the Taliban had written an open letter warning him not to send more troops and calling for the complete withdrawal of foreign forces from Afghanistan.