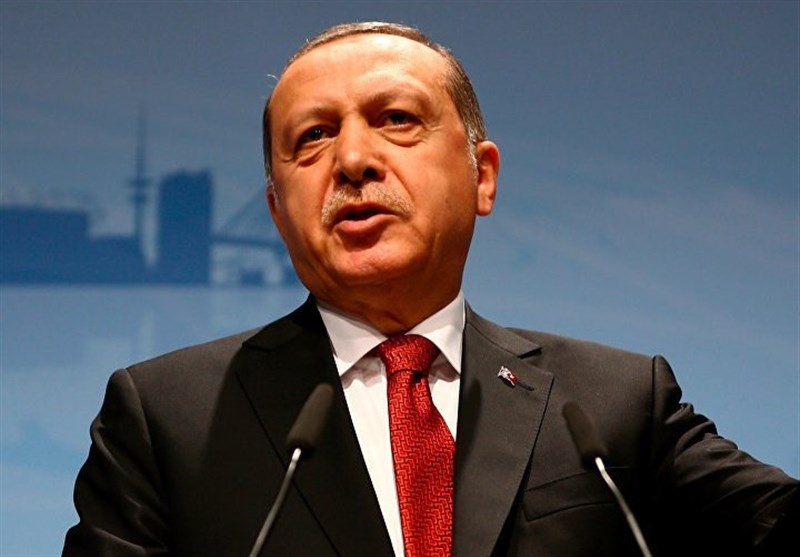 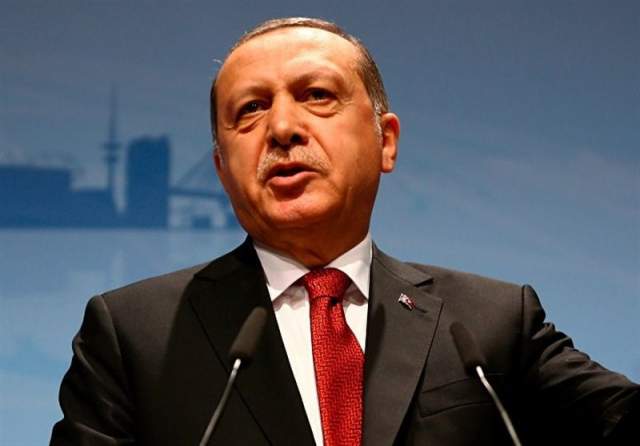 Turkish President Recep Tayyip Erdogan has said Turkey will not allow the foundation of a Kurdish state on its southern border, reiterating earlier comments on the Democratic Union Party (PYD) and its armed wing the People’s Protection Units (YPG) in northern Syria.

“We cannot and will not allow the PYD and the YPG to form a so-called state in northern Syria,” Erdogan said in a speech to neighborhood heads at the Presidential Palace on Tuesday.

He claimed that using the term “Kurdish state” is an “insult to my Kurdish brothers.”

“I believe that my Kurdish brothers would never allow such a formation in northern Syria and southern Turkey. We are one nation within our country in a unitary structure. We are one nation with 80 million people. We have one flag, one homeland and one state. [We have] a homeland of 780,000 square kilometers. We will send those who want to break this nation apart to the grave,” Erdogan said, Hurriyet Daily News reported.

He also referred to the 2,000-square kilometer area in northern Syria that was brought under Turkish control with the Euphrates Shield Operation, carried out between August 2016 and March 2017 to clear the area from the Daesh (also known as ISIL or ISIS) and the PYD.

“Why did we enter Jarablus? When 56 of our citizens were martyred in [the southeastern province of] Gaziantep we said ‘We cannot be patient anymore’ and we entered Jarablus. Then we entered al-Rai, al-Bab and brought a 2,000-square kilometer area under control,” Erdogan said, referring to the ISIL attack carried out in Gaziantep last year against a wedding that killed 56 people.

Saying the PYD and the YPG aim to form a “terror corridor” to reach the Mediterranean in northern Syria, Erdogan vowed that Turkey will respond just as it does to the outlawed Kurdistan Workers’ Party (PKK).

“There are Kurds who take sides with Turkey and those who are with the PYD. We have no problem with our Kurdish brothers. We don’t find it right to view all Kurds in Turkey as being on the side of the PKK and the same is true for Afrin [in northern Syria]. There are tribes that can act with us,” he told reporters on the presidential plane while returning to Turkey from Jordan on Aug. 21.

“If the possibility of terror dominating the area emerges, we’ll intervene. Afrin is a very significant region. One way to reach it is through the Turkish border in Hatay, and there is a passage to Idlib on the other side,” he said, adding that Ankara had discussed these issues with Iran and Russia and will continue to do so via foreign ministries and intelligence channels.

In his speech on Aug. 22, Erdogan again blasted the US for sending weapons to the YPG in northern Syria, adding that the number of trucks sent with military equipment now surpassed 1,000.

“It’s well-known that the US is sending weapons to northern Syria through the border from Iraq. The number of trucks sent with military equipment is more than 1, 000,” he said.

Erdogan stressed that he told US President Donald Trump and other US generals about Ankara’s complaints at the G-20 summit in Hamburg in July.

“The US tells us, ‘We have the serial numbers of all these armored vehicles. We will take them back when the Raqqa operation is over.’ But I told the US generals and Trump this: ‘that was said to us before regarding northern Iraq, but now we see the US and Russia from the weapons we confiscate from the PKK in northern Iraq. The same thing will happen here tomorrow. Even if we pay you wouldn’t give us these weapons, but you supply [the YPG] with them for free.’ Unfortunately we must keep talking about these things,” he added.