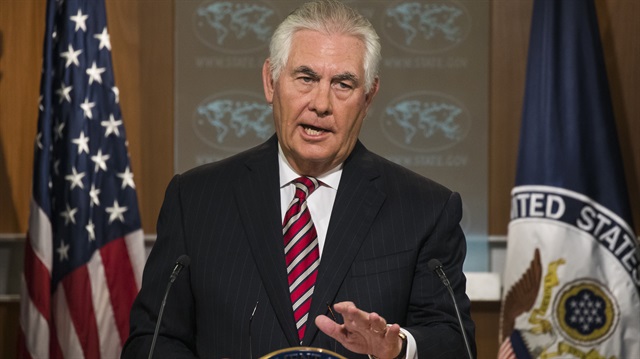 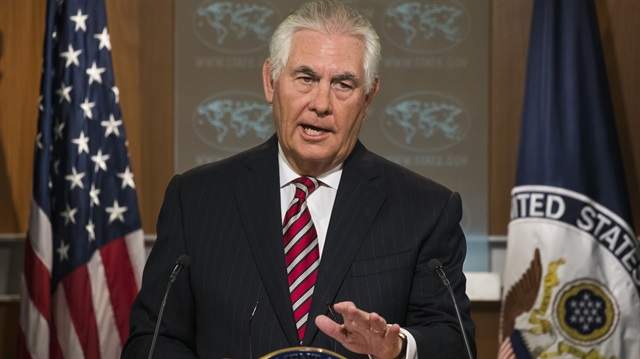 Secretary of State Rex Tillerson threatened Pakistan with harsh penalties Tuesday if it does not step up efforts against the Taliban.

Among the penalties Pakistan could face is the elimination of its status as a major non-NATO ally, and blows to U.S. aid and military assistance.

“All of that can be put on the table,” Tillerson told reporters at the State Department. “But at the end of the day Pakistan has to decide what is in Pakistan’s best long-term interest from a security standpoint for themselves and for their people.

“If I were the Pakistan government I would have growing concerns about the strength of the Taliban,” he added.

The comments come one day after President Donald Trump unveiled his new Afghanistan strategy, warning Islamabad it has “much to lose” if it continues to harbor the Taliban and other criminal groups.

Pakistan pushed back on those comments Tuesday and said it was disappointed the U.S. failed to acknowledge the sacrifices it has made to fight terrorism.

“The threat to peace and security cannot be isolated from the complex interplay of geopolitics, [the] continued existence of festering disputes and pursuit of hegemonic policies,” it added.

The greatest benefactor of the establishment of peace and stability outside of Afghanistan would be the Pakistani people, Tillerson said, as he urged Islamabad to play a role in getting the Taliban to the negotiating table.

The Taliban has been a continuing source of instability in Afghanistan since U.S.-led forces routed the group from the South Asian country in 2001. It has largely holed up in neighboring Pakistan where it plans its insurgency.

Tillerson said the Taliban should accept it will not win a battlefield victory.

“We may not win one, but neither will you,” he said. “At some point we have to come to the negotiating table and find a way to bring this to an end.”

In addition to seeking Pakistan’s cooperation, a major pillar of Trump’s new policy is seeking support from Islamabad’s arch-rival, India.

The U.S. invaded Afghanistan in the aftermath of the Sept. 11, 2001, terror attacks, ousting the Taliban after it gave sanctuary to now deceased al-Qaeda founder Osama bin Laden.

But recent years have seen the Taliban and other extremist groups grow in strength as the U.S.-backed central government in Kabul struggles to assert its authority across the country it nominally controls.